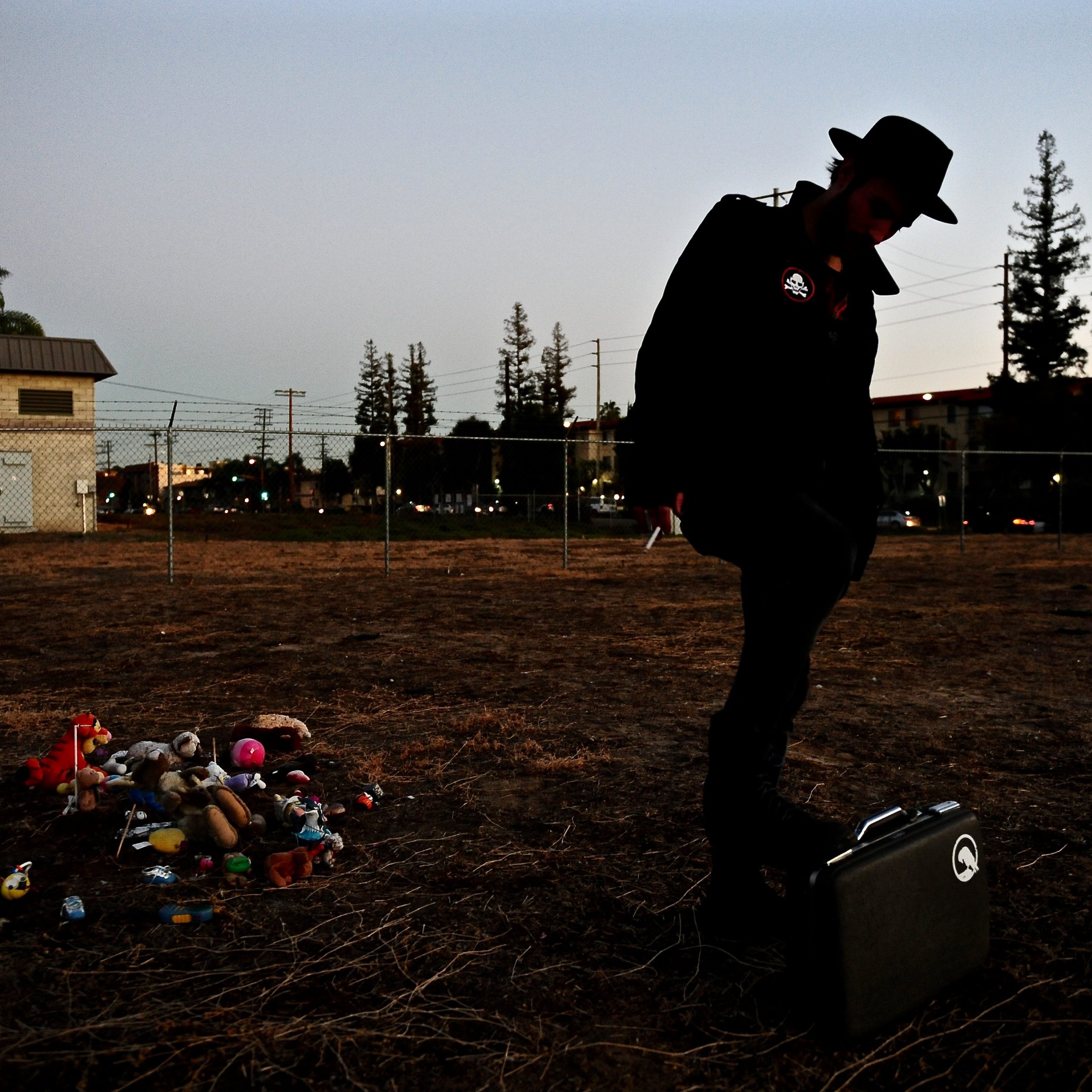 On a good day in Tennessee lately, you're lucky to find 80-degree weather in the shade: The South is currently in full-on sticky Summer mode, where being covered in sweat or mosquitos (or both) is a daily occurrence. There are a few remedies out there — good air conditioning, a frozen beverage, a dip in the lake — but one, from Nashville's Ruston Kelly, cools things down in a more unusual way. And that's through the eardrums.

As a successful songwriter for the likes of Tim McGraw and Kenny Chesney, you might guess that Kelly's solo offerings would be well-suited to parties with pool floats and festivals where a corn-dog grin and jean shorts are the most appropriate uniforms, but that's not his style — or his season. His new debut EP, produced by Bright Eyes' Mike Mogis, says so in the title: It's called Halloween, and is full of tracks that have more in common with Ryan Adams and Butch Walker than any chipper country jam, fully evoking the moody taunt of fickle Fall, when both the people and the leaves change their colors. One of the chilliest moments is "Black Magic," which takes its cues from the likes of Elliott Smith, who could feel the inherent darkness in the hollows of an acoustic guitar, and stretches it through a virulent chorus. "I drank your poison, fell under your spell. Love is hell and nothing more than black magic," he sings. Sure, Kelly could have waited until after Labor Day to unleash this antithesis to the sometimes artificial, ephemeral joy of Summer, but why? It's good to be reminded that everything — from oppressive heat to rapturous romance — ends, eventually.