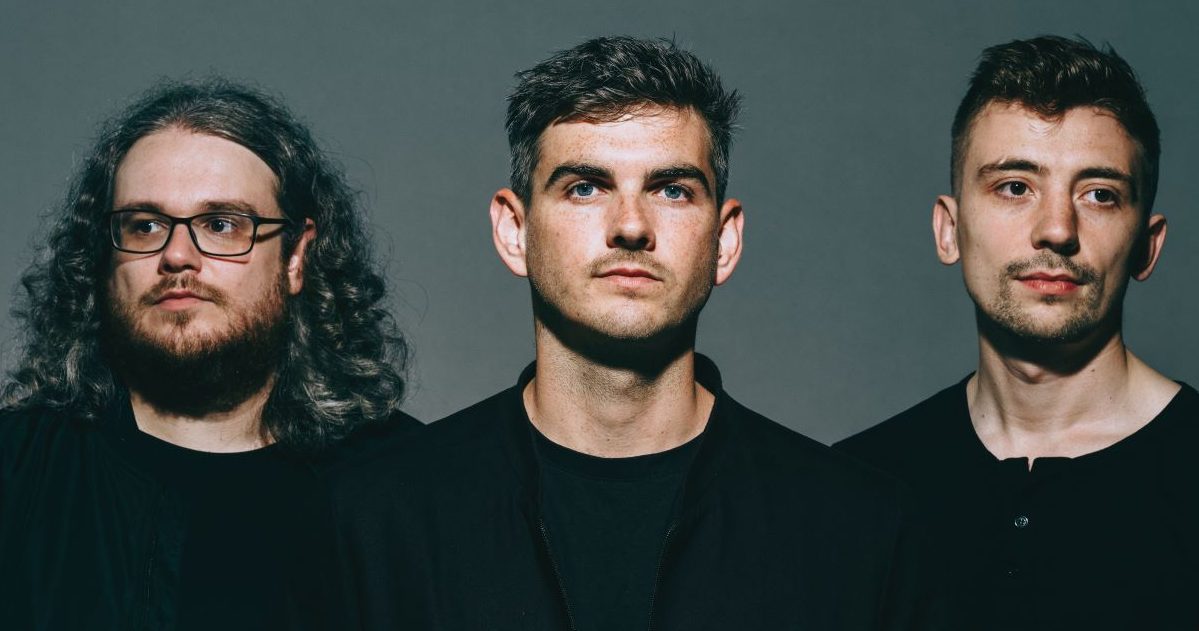 An Elephant Sessions gig is always a lively night out, but Alasdair Taylor admits that their last one, at Glasgow’s famous Barrowlands Ballroom, was something else. The band were celebrating their 10th anniversary with their biggest production to date, including a light show and the backing of a live string quartet. “There was so much that could have gone wrong, it was kind of scary,” laughs Taylor. “Every time I turned to look at one of the boys I’d see a wall of screens and lasers and think, ‘This is mad!’”

Two weeks later, the band are “still just coming down” from the experience. “It’s our new benchmark,” says Taylor. Because after a decade together, the Scottish folk-fusion band have finally achieved the sound – and the experience – they were always destined for. You can hear it in their fourth studio album, For the Night, whose tracks bring together the tradition of Highland tunes that they grew up with, and the rich blend of electronic, dance and funk that they can’t get enough of.

Taylor lives in Inverness in the heart of Scotland; his window looks out on the rolling hills that surround the tiny city, and he can even make out Ben Wyvis, the largest “munro” (or mountain) in the region. Fiddle player Euan Smillie, who has been making music with Taylor since their teenage years, lives a short distance away in a rural hamlet. “This is country that feels remote, even when you’re only 20 minutes from town,” says Taylor. Loch Ness, Scotland’s second largest freshwater lake, is only five miles away.

It is a very different place from Glasgow, the gritty, grungy home to Scotland’s vibrant music scene, but it’s pretty great for inspiration. “We live in a really beautiful part of the world,” sighs Taylor. The new album’s fourth song, “Taransay,” is named after a boat they took out on the loch for Euan’s birthday and its trance-like mood suggests that a mellow time was had by all.

Fusing Scottish fiddle tunes with electronica is not new, but its growing popularity is. One of the band’s inspirations is Martyn Bennett, revered for his impact on modern Scottish music and “the first innovator to mix proper dance music with piping and Gaelic culture” according to Taylor. Then there were Shooglenifty, whose ‘90s fusions inspired him to take up mandolin, and Croft No. 5, blending Highland music with African beats. The latter’s track, “Elephant,” is the source of Taylor and Smillie’s own band name.

These days, Elephant Sessions find themselves riding a wave of late-night enthusiasm as their own brand of folk-fusion plays to big, boisterous crowds both in their own country and as far afield as Eastern Europe and Australia. “And there’s a bunch of younger bands following us who are realising you can branch out and do something totally different to what anyone’s done before,” says Taylor. “The scene has really grown, and it’s only going to increase the longevity of folk music.”

When Taylor was learning fiddle at school, folk music was considered deeply uncool. “Kids can be cruel to each other. You’d get laughed at, and it caused so many people to give up. Now I’m telling all those people, ‘You’d be making so much money from piping for weddings and funerals if you’d stuck at it!’”

Aged 12, Taylor’s father gave him an MP3 player loaded with some his own favourite artists – Jimi Hendrix, Led Zeppelin, Toto, AC/DC – and the young lad swapped fiddle for guitar. Soon he and Smillie were earning good money playing trad fiddle-and-guitar gigs at local bars and hotels – but they knew it wasn’t the musical life they desired. “We wanted bass and synth and drum kits and samples and big stages and things like that,” says Taylor. “We just had to work out how to get there.”

They met Greg Barry, who was drumming in function bands, at a fèis, a youth programme teaching the Gaelic arts. They would get together and jam in the shed at the bottom of his garden (Taylor estimates he spent “weeks, if not months” of his life down there) and it was the perfect place to begin to experiment with new sounds. Seth Tinsley, the band’s bass player, met Taylor on the folk degree course at Newcastle University, and Elephant Sessions was born – merging Barry and Tinsley’s love of funk with Smillie’s passion for electronica along with a shared background in folk.

Their first album in 2014 – The Elusive Highland Beauty – remained traditional and largely acoustic. “There were two tracks with electric guitar distortion and one had a bit of synth,” recalls Taylor, “and we were scared to do that much. There were shows where we’d look at the crowd and say, ‘We can’t play that one tonight, look where we are!’ It took growing in confidence and a lot of learning about different genres to be comfortable enough to do this current mix.”

Before working on an album, they create a joint playlist where each member adds his current favourite inspirations. “We’re constantly sending each other listening assignments, we listen to so much music before we even start writing,” says Taylor. This year’s playlist included Dua Lipa’s “Don’t Start Now,” for its phenomenal bass line. “We kept playing it on a loop, trying to capture that disco funk vibe, and that’s how we ended up with our track ‘After Hours.’”

The groove was laid down long before the tune. “In folk music generally people come along with a tune and the rest of you accompany it, and that’s what we always did,” says Taylor. Then Covid hit, and the way they interacted had to change. “On the first album I wrote half the tunes, and Euan wrote the other half. Now we write the whole album together. We might start with a bass riff, a drum beat, a vibe to a hip hop track… it’s a much longer process but it’s more rewarding. And you can hear us enjoying it more!”

The mood of their new record is captured in its title: For the Night is an ecstatic homage to all they had lost during the pandemic, “everything we used to do and missed.” That included live music, partying at festivals, and messy evenings that ended up at their local dive bar, Johnny Foxes, where they would drink mixed shots of tequila and absinthe which the bartender christened a “Misty Badger” (they once dedicated a tune to the drink).

After the “desperation of being stuck inside,” the music they have made post-Covid has been their most defiantly upbeat. “At the start of lockdown we were all devoid of creativity but somehow this desire to reclaim that freedom and joy is in this album more than any other we’ve made. Lockdown ended up being a big inspiration, which I wouldn’t have imagined a year ago.”

The album also benefited from the input of Duncan Lyall, one of the Scottish folk scene’s foremost bass players and producers. It was the first time the band had ever brought in a producer from outside their own creative bubble, and the results were instantaneous. Under Lyall’s guiding hand, writing sessions took on new direction and creative blocks melted away. Originally “Taransay” had a breakbeat backing that stymied its momentum; Lyall introduced the call and response section in the middle which helps the music to flow and to build.

The band also credit him with rescuing their final track, “FM,” which was even longer than its eventual seven-minute running time before he helped make it more succinct. It is now such a powerful track – with a mesmeric guitar solo – that they close their sets with it. Strangely enough its title doesn’t actually refer to the radio sample that introduces the track but to the fact it’s written in F-sharp minor, making it especially tricky for both mandolin and fiddle player to play. “But the B-part is this classical-style melody and it just sings in that key,” says Taylor.

You can hear how much the band has grown in confidence in its pumping basslines and unapologetic beats. For Taylor, the turning point came in 2018, when they were surprised to find they had sold out their gig at Celtic Connections (“we were super, super nervous,” says Taylor, “the Old Fruit Market was a venue that seemed way too big for us”). Major festival breakthroughs followed in the Czech Republic and in Australia. “I think the fact we were from Scotland intrigued people, and those three shows made us realise we can tour a production, and this kind of music can work to a big audience, not even one that knows us. We can win them over.”

With For the Night, they are pushing the boundaries they always wanted to. “We certainly couldn’t have made this album 10 years ago,” says Taylor. “Everyone’s got better as writers, as arrangers, performers.” The results have surprised even them. “We always knew Elephant Sessions would fuse these genres – but I don’t think we knew how far we would go.”