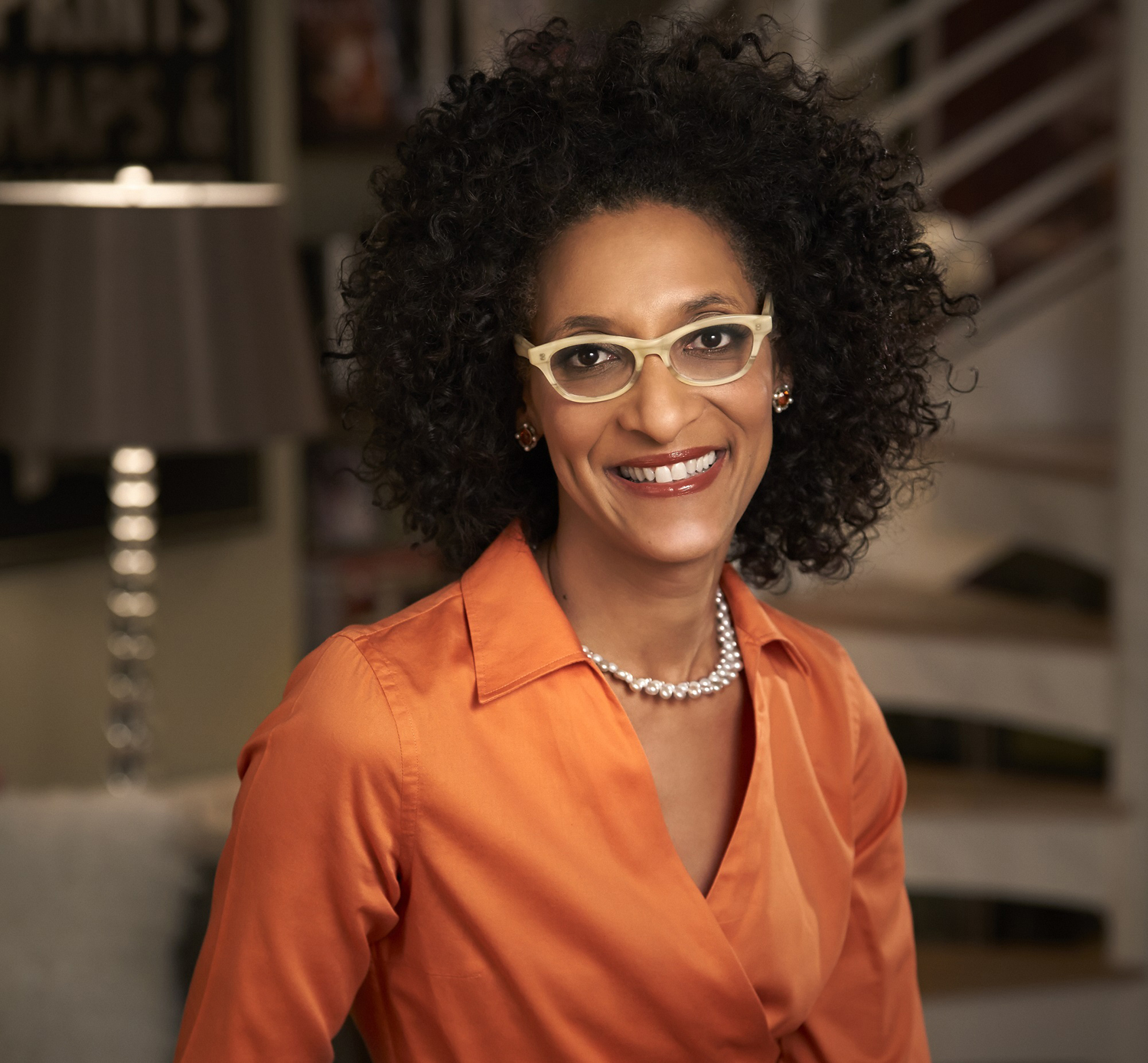 Carla Hall had been on television a lot before she filmed the debut episode of The Chew, the food-focused daytime talk show she co-hosts on ABC alongside Mario Batali, Michael Symon, Clinton Kelly, and Daphne Oz. After all, she had been a finalist on Top Chef in 2008 and the fan favorite a few years later Top Chef: All-Stars, thanks to her indefatigable positivity, vibrant cooking, and cheery catchphrase — “Hootie hoo!” But reality TV hadn’t really prepared her for being filmed on stage in front of a live audience in the fall of 2011.

“I was so nervous on the first day,” she says.

Luckily for her, the DJ who was keeping the crowd entertained played something that struck a chord. (She doesn’t remember what, admitting, “I’m the worst when it comes to remembering people or their songs.”)

Whatever it was, it inspired her to run out into the crowd and begin dancing. A network executive, who was watching the scene unfold, ordered the crew to have a high-energy, Carla-specific playlist created. Now, it blares out of the speakers before almost every taping of the show. “It’s a way for me to connect with the audience, get out of my head, and loosen myself up,” says Hall, who put together this playlist to create a similar atmosphere.

Her gig at The Chew has given the Nashville-born chef a chance to hang out and cook with some of her favorite musicians, including Kimberly Schlapman of smooth-singing country quartet Little Big Town, Patti LaBelle, and Gladys Knight. “Food and music go hand in hand,” says Hall. “A lot of these guys spend a lot of time on the road, so they focus a lot on getting good food versus just having crap food from craft services.”

On this particular day, she’s prepping to tape a segment with Seal, where they’ll be cooking a blackened shrimp salad. “I’m so excited,” she says. “I can’t wait to meet him. There’s some music that reminds you of a certain time in your life. He reminds me of being in London when I was just beginning to get into food.”

Her mind is equally occupied with the upcoming debut of Carla Hall’s Southern Kitchen, which is set to open in Brooklyn, New York, in late April. Inspired by the cooking of her birthplace — she now divides her time between her home in D.C. and New York City, where The Chew is taped — the restaurant will specialize in Nashville hot chicken. “Because it’s a Nashville thing, there has to be country music,” she says. “It will range from bluegrass to country rock and country pop, as well as blues and R&B — some old; some new.”

It’s a far cry from what Hall listens to in the kitchen when she’s cooking. “I want something that’s really low-key, because I want to hear the food make sounds,” she says. “If I have something in the pan, I want to hear it sizzle. But if all the food is done and I’m plating up, that’s another story. Then the music becomes much more upbeat, as I shift into party mode.”