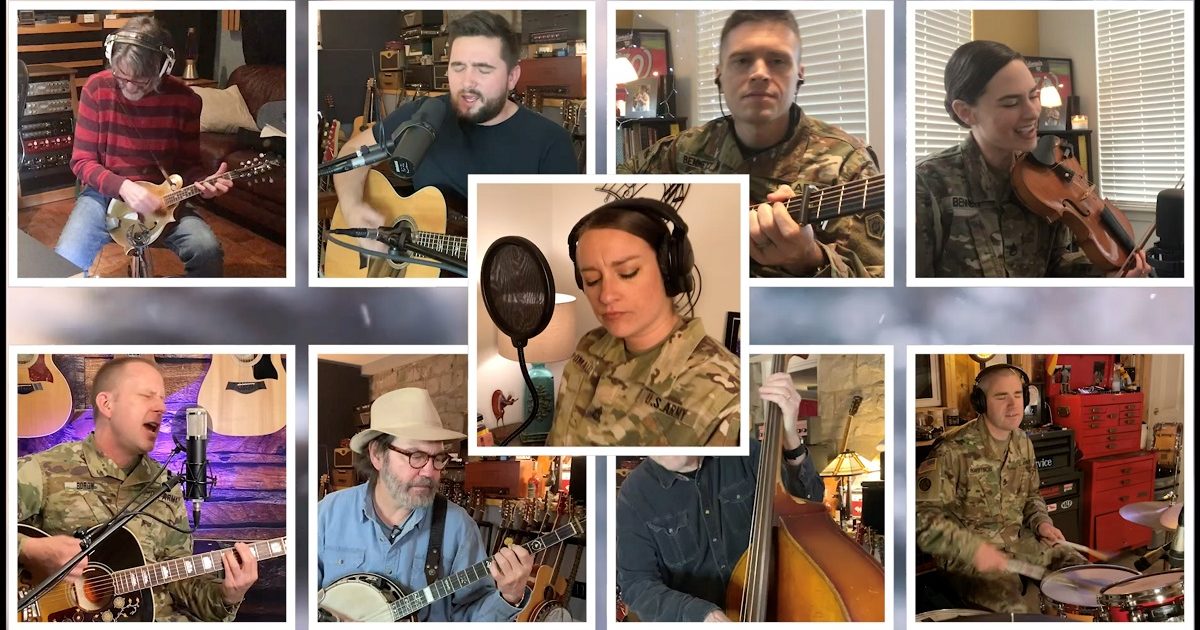 Six-String Soldiers, the United States Army Field Band from Washington, D.C., are joining The SteelDrivers in a new, collaborative video for “Long Way Down.” It’s an excerpt from a performance on the military group’s Facebook page.

Staff Sgts. Renée and Joey Bennett from Six-String Soldiers tell BGS, “”We’ve learned so much getting to play with these folks. When you get to play with musicians you look up to and respect so much it makes us up our game, which is a treat in itself. We love the energy, depth, and knowledge that The SteelDrivers bring to the table and their adaptability shines through every time we get to merge our two groups. They are each such stunning musicians and to be able to hear them play, let alone be a part of the action, is just breathtaking. They’re all so fun and we’ve had a great time every time we’ve gotten to play together, be that in person or through a virtual collaboration! Being able to make music while being apart has helped keep our morale up during this time. I already consider that to be part of our job, to keep everyone’s spirits up and to be that support for people after a good day or a bad one. During a tough time this becomes even more needed. We’ve been able to reach 40 million people through our livestreams and we were so honored that The SteelDrivers could collaborate with us and bring some smiles to everyone who has listened!”

The SteelDrivers’ Tammy Rogers remembers her first time working with the ensemble: “I first met the Six-String Soldiers a few years ago when I was booked to record with them down in Muscle Shoals, Alabama. We all hit it off immediately and had such a great time. Fast forward to The SteelDrivers playing at the Birchmere in Alexandria, Virginia, when we asked them to sit in with us for a few songs! We all enjoyed the collaboration so much that this just seemed like a fun project to do together during quarantine! I think it worked!”