Songwriter Bruce Robison Reimagines the Music Industry with the Next Waltz 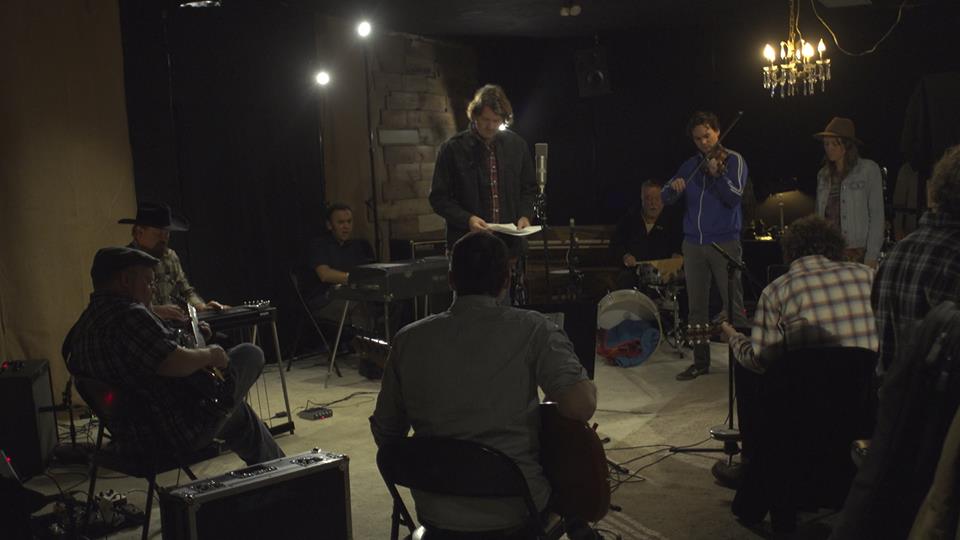 It's no secret that the music industry has suffered something of an identity crisis over the last decade and change, with news just this week that album sales have hit an all-time low while streaming has never been hotter. The current climate is especially hard on new artists, who are forced to seek alternative sources of revenue to supplement the depressingly low figures they earn on streaming services like Spotify and Apple Music.

The frustration of navigating the industry has led some artists to venture away from the traditional model. Songwriter Bruce Robison — known for writing number one songs for George Strait ("Wrapped"), the Dixie Chicks ("Travelin' Soldier"), and Tim McGraw ("Angry All the Time") — is the latest artist to do just that with his new project, The Next Waltz.

The Next Waltz, which derives its name from the famed Band concert The Last Waltz, is a video web-series and multi-platform music delivery service that brings music fans into the writing and recording process with some of their favorite country artists. Each installment of the series sees an artist — like the recently featured Jerry Jeff Walker — recording, performing, and discussing a new song, all from Robison's rural studio outside of Austin, Texas.

"I knew I wanted to start moving toward a singles approach," Robison says of the concept. "I knew that it had to have video content along with it, and also I thought we needed a new way of funding the music. So all of those things felt like they had to come together, and I’ve been working on that for a few years. There’s a lot of different moving parts that we’ve been putting together — from the right producers to tell the stories to how we were going to release the music to what the content was going to look and feel like."

Robison's desire to find an alternative means for creating and distributing music was fueled by years spent toiling away as a staff songwriter in Nashville. "I think I mourned the old music business about 10 years," he says. "I really did. I was very, very dissatisfied with my job as a staff songwriter at the time. I knew that that wasn’t what I wanted to do with the next part of my life at all. So this other thing started taking shape and it just continued to evolve. I think, in a broader sense, that even when I started writing music and writing songs and calling myself a songwriter, at the base of it, I was really hopeful to try and make great music," he says. "I’m just obsessive about music. When I was still spending a lot of time in Nashville and writing songs as a staff songwriter, I didn’t feel like that was what I was doing. This, I believe, is my very best opportunity to try and make some great music."

As someone who intimately knows the difficulties of funding a musical project, Robison found an alternative to the traditional record label model: brand sponsorship via Austin's own Real Ale Brewing Company. "They defray it," he says of the brewery. "I think this is going to be the new model. That was part of it, too. My wife [songwriter Kelly Willis] and I made a couple of records and, even when they’re pretty successful these days, they’re not successful by old standards. They’re such money-losing propositions. It was really just a way to say, ‘How do we do this and make it fun?’ And come up with an outcome that will be exciting, where we have a chance for something to really get out there and get legs."

With funding taken care of, Robison is free to focus on what really matters to him: creating great music and giving it the spotlight it deserves. In the short time since launching The Next Waltz, Robison and his team have developed a process that is as enjoyable as it is productive.

"I reach out to somebody and get an idea of when we’re going to go in and record the song, and then we start a process — like back to the ‘50s or ‘60s, where you’re looking for a single that’s really gonna catch somebody’s ear, that’s a great song, that might show a different side of an artist," he explains. "It’s really letting the music show the way, which, honestly, I think was happening back in the decades of that music that we still all listen to all the time. Then, after we pick the song, they come in and we just spend a day shooting the stuff and recording the song. It’s so freaking fun because we aren’t trying to get four songs in a day, so we set up in the morning and kick the song around and really arrange it and get a good vibe on it and take a break for lunch and then we come back and record it. Then we go to mixing it and editing the video and putting together all of the content that we’ll release over the three-week period of time. It’s very dignified and it’s a lot of fun."

While Robison may be having the time of his life, writing and recording with some of his favorite artists, he's also hoping to change the lives of other musicians and, eventually, the music industry itself.

"The secret plan is to replace how people release music, and to have a viable way of releasing singles that are very ambitious, both in how accessible they are and the quality of the music," he says. "It’s no less than being the new way that people can release music and find new fans all over the world, and be putting out the part of their story that’s going to tell people more about them."