Squared Roots: Lissie on the Stories of Bobbie Gentry 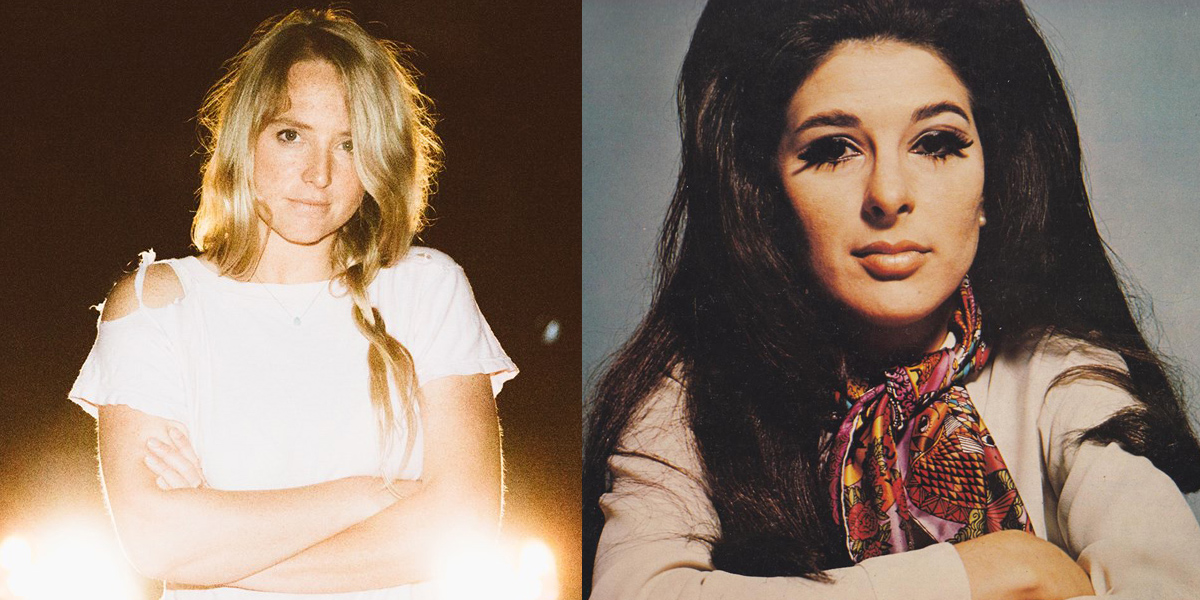 Bobbie Gentry is one of those artists whose legend all-too-often overshadows her artistry. With the surprise — and massive — success of "Ode to Billie Joe," Gentry made a name for herself in multiple music circles. The chart-topping, Grammy-winning song — like so many in her catalog — drew its inspiration from the hard-scrabble lives of her Mississippi homeland.

Gentry knew pretty early on that music was her calling, teaching herself how to play piano, guitar, bass, banjo, and vibraphone before going on to study philosophy at UCLA and composition at the Los Angeles Conservatory of Music. After a bit of modeling and performing around L.A., she eventually landed a deal with Capitol Records in 1967. Though "Ode to Billie Joe" was her first hit, Gentry went on to land 10 more on the Billboard Hot 100 and another handful on the UK Top 40. Then, in 1978, she retired from music, altogether, leaving many to wonder why.

Singer/songwriter Lissie Maurus can relate. Since bursting onto the scene in late 2009 on the strength of her fierce, bold vocals and finely tuned compositions, the Illinois native has released several EPS and three albums — including 2016's The Wild West — to much critical acclaim. But, in Gentry, she sees something of a kindred spirit, having herself considered walking away from the business of music.

Bobbie grew up in Mississippi with her grandparents who traded a milk cow for a piano and she chose her stage name from a film character who was born into poverty but determined to succeed. So, basically, she was scrappy. She knew what she wanted to do and went for it. I see some of that in you, too. But connect the dots between you and Bobbie for me. Why her?

I didn't really know about Bobbie Gentry until some British friends of mine told me about her. I had heard “Ode to Billie Joe” and remembered thinking it was a cool song. But I just got so fascinated with her and fell in love with all of her songs because she really paints a visual picture, in her lyrics, of what is happening in the story she's telling. That's something I admire because I don't think I have the ability to do that.

I liked how she was one of the first female country singers to write her own material and was really, like you said, scrappy. She was really bold and tough, yet really charming, in this man's world in the 1970s country scene. So I just think she's a bad ass. And she was probably writing better lyrics than all of her male contemporaries, in that day and age.

I was shocked to learn that “Ode to Billie Joe” was the b-side of her first single, “Mississippi Delta.”

Yeah. Me, too. We probably read the same Wikipedia entry. [Laughs]

If we're going to go into her songs more specifically, the song “Lookin' In” … I can sort of relate to it. I think she really struggled between doing music because she loved it and trying to keep up with the business and image side of it — all the papers to sign, traveling everywhere, and just wanting to go home. And, yet, she wanted to share this gift of hers and, ultimately, kind of disappeared and just stopped playing music.

But in between, she was on the Billboard Pop Chart, the Black Albums Chart — which has since become the Hip Hop/R&B chart — and she was also tagged as the Academy of Country Music's Most Promising Female Vocalist. What do you hear in her music that you feel lends itself to that kind of crossover appeal?

I think it's because she's such a great storyteller. “Ode to Billie Joe” was such a huge success because people were so fascinated. They were riveted. They were like, “What did they throw off the bridge?” [Laughs]

[Laughs] And she was going, “You're missing the point!”

[Laughs] Yeah, totally. But everyone was enthralled. She writes such compelling stories that you want to listen to … more so than how I think I would write, at all. I would only ever hope to write like that someday. I might touch on emotions that I'm having in really literal expressions, but she's talking about how they're passing the rolls around the table, and what the person's wearing, and the expression on someone's face, and what the scene out the window is — all the imagery. It's like reading a book. She's telling this story that you want to hear.

But, also, she was pretty and had cool fashion. She was charming and appealing, had a great voice and a good personality. I don't know why, exactly. And that was a different time in music, too, when things were maybe changing culturally or societally, and maybe women were starting to come into their own a bit more and she got to be a part of that.

Do you feel like being able to write story songs versus confessional songs … do you think that's a learned art or is it an inherent gift? Because it sounds like you actively study her craft with an aim toward getting there, yeah?

I think, eventually. There are two ways to write: There's a way that I find — in terms of what I'm best at — is to write about what I'm feeling because that's where all the emotion comes from. I think people pick up on that and can relate to it because it's very direct and honest and coming from an actual situation.

But I think, if I were to want to settle down on my farm and get more into the idea of writing songs that were less about me and even writing songs for other people, I would like to explore doing more of the storytelling like she does. It's weird because, she's just telling these stories, and it's clever, but there's still so much heart and emotion in it … which I find interesting. If I were just making up fake stories, I don't think people would enjoy it as much because it's not as heartfelt. [Laughs] You know what I mean?

[Laughs] Yeah, yeah. Then she also had her feminist bent with “Fancy” and stuff. I've been saying for months that Ashley Monroe or Kacey Musgraves should remake Loretta Lynn's “The Pill” as a benefit for Planned Parenthood.

Maybe you should do “Fancy” as the b-side.

“Fancy” is always my karaoke song.

Do you do her version or Reba's?

Well, usually they only have the Reba version at karaoke. A lot of people don't know who Bobbie Gentry is.

I guess not. They know “Billie Joe” and that's it — not even, necessarily, knowing who sang it. Right. And then, like you said, she walked away and went into hiding. What do you think causes an artist to do that? Bill Withers did the same thing.

Well, I'm not currently anywhere near as successful as she was — or Bill Withers was — but last year, I was tempted to … not to stop writing and playing songs and sharing it, but just get out of the game. It can be really soul-destroying. You subject yourself to a lot of pressure and criticism. There's so much stuff that's not about the music that's always being brought up and forced.

She probably just got burnt out. When you listen to her song “Lookin' In,” you can tell she's just burnt out. I also heard maybe she had a child that needed some special care. That's one theory: Once she became a mother, she decided to focus on that. I don't know. She probably just got burnt out, but she was so good, it would be amazing to have more of her material because I feel like I've already listened to everything so many times.

I wonder if it'll be like … you know how they keep uncovering more and more Jeff Buckley recordings? It would be amazing, with some of the artists like her, to one of these days discover a whole, lost treasure trove of Bobbie Gentry tunes that she was secretly recording in her basement.

Yeah. That would be amazing. You wonder, too, though … she hasn't granted any interviews … so you wonder if something bad happened that made her want to turn her back on it so much so that she won't grant any interviews and no one knows where she is. You wonder what the deal is. It's an interesting thing trying to balance creativity and expressing yourself and something that brings you joy when you subject it to the elements. It can be a little hairy and gnarly.

InterviewNov 18
Returning to the Family Farm, Courtney Hartman Prepared a Space for 'Glade' 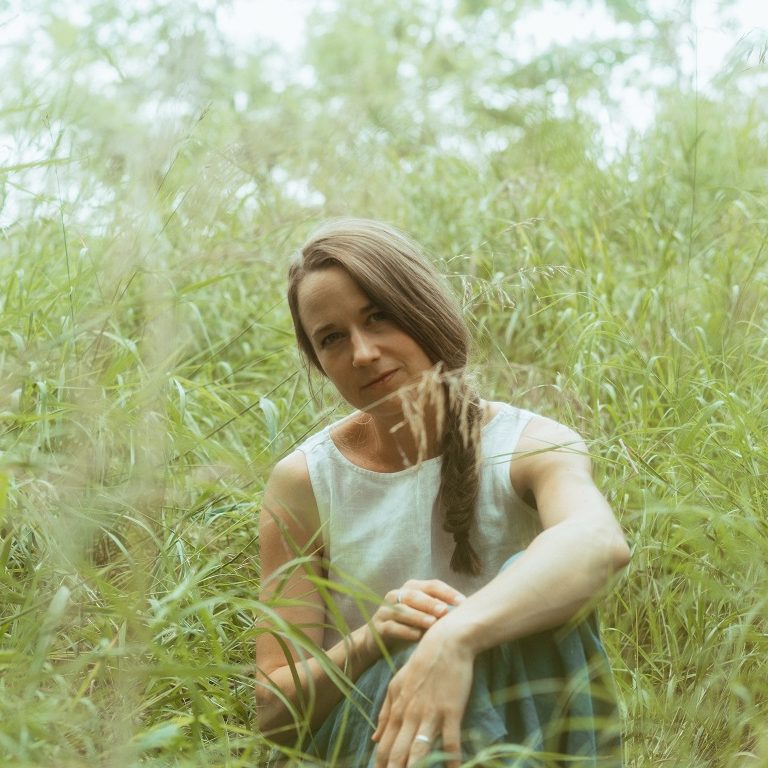