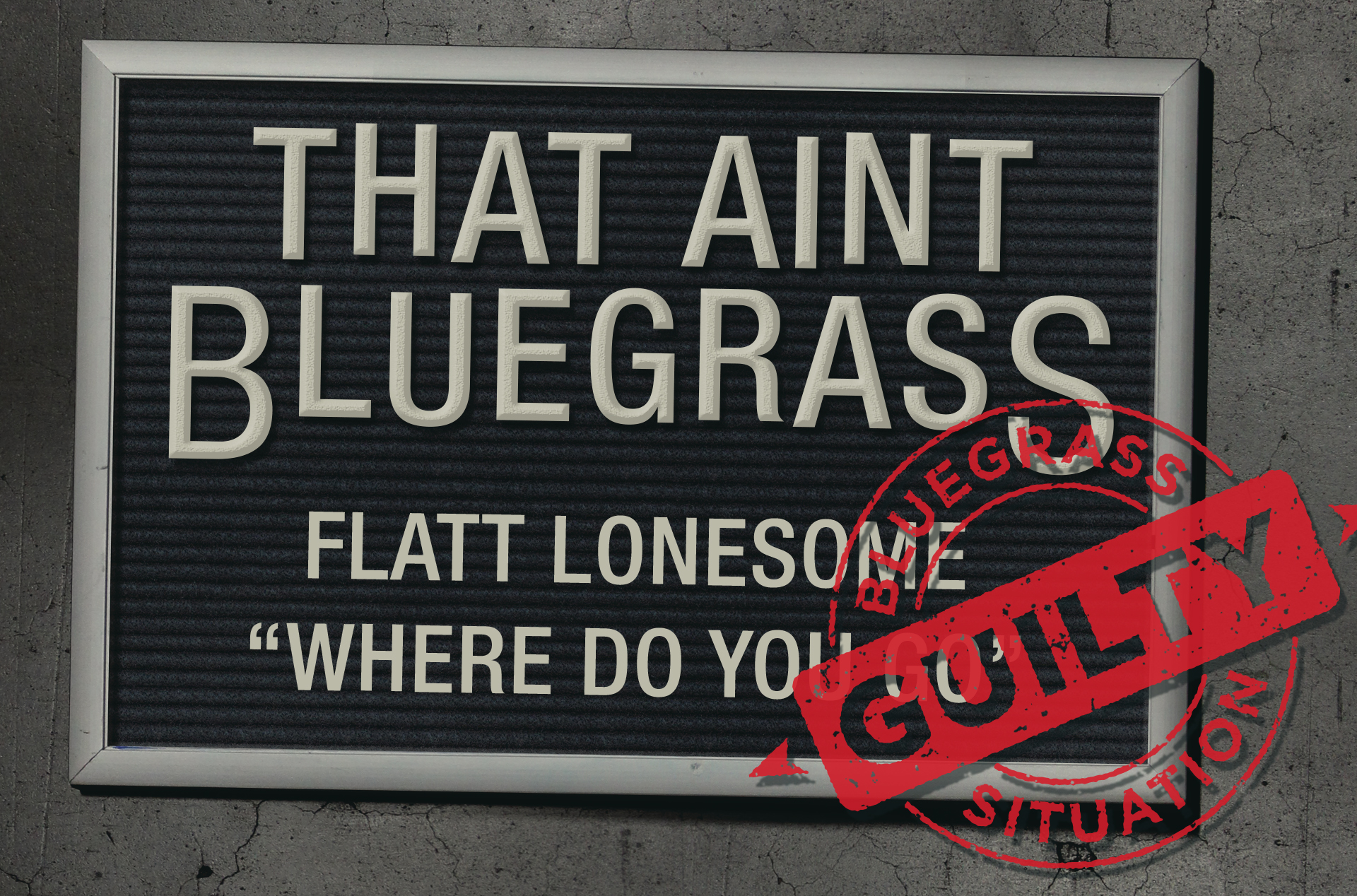 Artist: Flatt Lonesome
Song: “Where Do You Go” (originally by Glen Campbell)
Album: Silence in These Walls

Charli Robertson: I actually found this song on one of those days where I was just driving around, running some errands, riding around town. When I’m home, I kind of just ride around — it’s funny how you get out of the van and you want to immediately get back in the car, when you’re home. I was on a Glen Campbell kick, so I went back to all the really old albums. I listened to several of his songs and then this one came on and, as soon as I heard the first line, I knew I loved this song. Glen Campbell could sing the phonebook and make you want to sing it, he is such a good singer — the lyrics in his songs are simple, but so good.

What do you think makes it a good song for a bluegrass band?

I always said, from the first time I heard this song, that the lyrics and the song itself are so good that anybody of any genre could listen to it and appreciate it. Not only that, but you can do as little with the song or as much with the song as you want to do. You could make it a huge song with tons of instruments outside of bluegrass, or you could do it very acoustic and still make it sound good, as well. I just thought it would work. I hope that people enjoy it as much as I have.

How did you take it from Glen Campbell’s version and arrange it to be within Flatt Lonesome’s aesthetic?

This song was a little bit harder because of the range of the song — it’s got a huge range. Paul [Harrigill], our banjo player, he’s really good at that stuff, so I told him to check it out, see what he thought about an arrangement. I’m pretty sure Glen Campbell modulates like three times, which we couldn’t do because of the high harmony and the low harmony; it just wouldn’t be possible. It’s pretty impressive that Glen does that. We just got together, sang it in a few different keys, and sang through it a few different ways. We always know what works for us. We’ve been singing together forever, for as long as we’ve been breathing, so we usually know pretty quickly what works.

Bluegrass has always had this tradition of reworking and revamping popular songs — Bill Monroe, Flatt & Scruggs, Reno & Smiley all did this — why do you think this is still present in the genre?

I think that people love to be able to do songs that they have always loved, their own way. I have always loved to pick a song that I love and put my own spin on it. To do a big song, a very well known song from a big artist, I think it still needs to acknowledge the song the way that artist did it, but with enough of a unique spin on it that it’s not copying the person who did it.

You cannot recreate a song exactly the same. We’ve done this several times, with Dwight Yoakam’s “You’re the One,” and we do “Ramblin’ Fever” on stage, a Merle Haggard song. These are people are our heroes, and we will always want to do their material. Even if we don’t record it, we want to do it on stage. As long as you’re still appreciating the song the way someone else did it, and not completely changing it, it’s always cool to be able to do that. I think the fans appreciate it, too, because it’s a song they’re familiar with and something that they’ve heard before.

What’s your favorite thing about performing “Where Do You Go?”

As soon as I heard it, I knew I’d like to perform it live. I like to sing songs that are real songs. The lyrics are simple and real. I like to sing songs that the crowd can listen to one time and get it. I love the vocals. I like how I get a little bit of a solo and then it’s a trio. Any song that has a lot of harmony, I’m going to like it. I like a lot of things about it! I like the double guitar — I like pretty much everything about it. It’s going to be a favorite of mine for awhile.

I do know! How dare us, right? [Laughs] On our last album, there are some different things — a lot of people don’t even like it if there isn’t a banjo. I think that acoustic music can be a lot of different things. One of the reasons that I love bluegrass music is because it’s acoustic, and you can do so much with it. Real fans, people that love this music, will appreciate a very toned-down song with just guitar and a bass. For the few fans that you might lose for doing something a little different, you’ll gain more. I would encourage artists to just do what they love to do. We still have banjo. We play banjo in every set. It’s full of it. But for the one song that it’s not in, we will probably always get, “That’s not bluegrass!” But that’s okay! It really is okay for there to be a song without banjo, because we want to give the song what the song needs and it may not need a banjo. We’re fine with that.