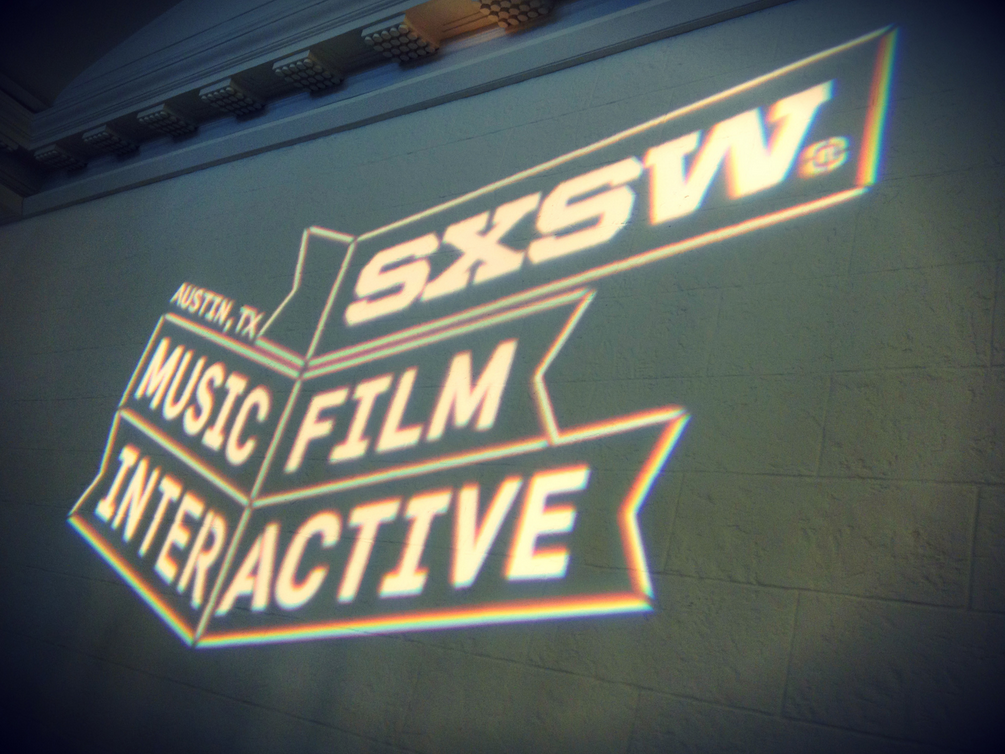 As I boarded my flight to Austin from LAX, I wondered if the hype was true.  Is SXSW the best music festival in the world?  I was ready for a week that could potentially change my life or at least enhance my musical love.  My suitcase contained some concert t-shirts, Bluegrass Sitch stickers, and a detailed itinerary, and inside I felt both terrified and excited.  It was time to hit the ground running for an entire week.

After a long flight and a short cab ride to my friend’s house, a magical vision appeared across the street.  A tall bearded man wearing a pirate’s hat, rainbow suspenders and a SXSW music badge called out to me.  He carried a case of Pabst Blue Ribbon under one arm, a saxophone under the other and had luggage hanging from every limb.  The stranger didn’t walk but waddled more like a hippie penguin.  I asked if he needed some help carrying his stuff.  “No thanks,” he replied, “But can you light the cigarette behind my ear and put it in my mouth?”  This man was not kidding.

Without a second thought, I placed the cigarette between his lips, and the dude puffed away.  I nodded my head in some odd understanding that my assistance symbolized Austin’s famous “weirdness” that they advertise on all the bumper stickers.  My new pal coughed and mumbled, “Happy South By, my friend” and continued his journey down the road.  He quickly stopped in his tracks, dropped the saxophone and turned to throw me a PBR.  It was warm but tasted like gold at the time.  The madness was only just beginning and I was going to embrace every second of it.  About seventy bands, fifteen panels, and very little sleep later, I’d be sure of it: SXSW was the best musical experience I’ve ever had.

While I was physically unable to see every band (shame on me for missing Peter Rowan or Jim Lauderdale), but here’s a short list of my festival highlights.  Enjoy!

1.  Shakey Graves at The Parish

I had heard a lot of buzz about local Austin singer-songwriter Shakey Graves.  The line wrapped around the corner of 6th street for his show at The Parish, and I could easily see why.  Born Alejandro Rose-Garcia, Graves doesn’t sing.  He howls and growls with a voice somewhere between Tallest Man on Earth and Ray LaMontagne but with a little Austin cowboy-infused soul.  Strapped with a guitar and a kick pedal at his feet, Graves exploded with more sound than an entire band could produce.  His bluesy “Roll the Bones” will be remembered as one of the best songs of the festival, and I expect to hear his name a lot in the Americana news.

For bluegrass or jam fans, Keller Williams may be the ultimate “one man band.”  It takes a lot to entertain an audience when you’re the only one on stage.  While I love Keller, I think I found his equal in the soul-pop genre.  Norwegian born multi-instrumentalist Bernhoft took us on a looping pilgrimage with his bluesy guitar licks, beat boxing and the funkiest Tears for Fears cover I’ve ever heard.  As Bernhoft danced over his crazy concoction of looped vocals, guitars and percussion, the audience erupted into a standing ovation.  Search online for his video of “C’mon Talk” and you’ll see why.

3.  Ben Sollee at The Parish

Who knew the cello could rock so hard?  Ben Sollee first came into the spotlight through The Sparrow Quartet with Bela Fleck, Abigail Washburn, and Casey Driessen.  Currently fronting his own trio, Sollee brought his original take on bluegrass, folk and R&B to The Parish stage on 6th Street.  The Kentucky native was going to get down despite beginning his set seated in a chair with a traditional classical instrument.  “How to See The Sun Rise” had the ladies in the front row wiping their foreheads as Sollee swung his cello in circles around his body.  Searching for his inner-Pete Townshend, he even chucked his glasses to the floor to conclude the set.  Rock n roll cello at its finest.

Iron & Wine’s Kiss Each Other Clean may not have been Sam Beam’s most popular album, but “Tree By The River” could be one of his best songs.  Beam played an acoustic set on the Radio Day Stage in the Austin Convention Center.  As fans began shouting requests, Beam’s subdued, acoustic “Tree by The River” blew his studio recording out of the water.  One couple slow-danced while the elderly woman behind me wept at the reflective lyrics: “I recall the sun in our faces / Stuck and leaning on graces / And being strangers to change.”  Not a dry eye in the house for this memorable performance.

Vancouver’s rising folk stars, Wake Owl may have the prettiest song on the radio today.  The band’s Wild Country is getting heavy airplay for a debut EP, and much of that is due to “Gold”.  I caught the band at The Paradigm showcase at Mohawk Bar and later at Stubbs BBQ.  Although I tried to avoid seeing a band more than once, I had to get a second helping of “Gold” for good measure.  Fans of The Lumineers should open their ears to Wake Owl because 2013 is looking good for the folk-pop genre!

SXSW featured some of the nation’s best funk groups including Dumpstaphunk, Soul Rebels Brass Band, Monophonics, and Brownout, but they all owe a little something to Parliament-Funkadelic.  What would the genre be without P-Funk or it’s founding keyboardist, Bernie Worrell?  Please do not answer that.  Wearing a feathered top hat and fronting a massive orchestra, Worrell closed his set at Flamingo Cantina with the Parliament/Funkadelic classic “Mothership Connection.”  From the opening bass line to the chorus that everyone knows and loves – “If you hear any noise, it’s just me and the boys” – Worrell looked and sounded much younger than sixty-eight years old.  Between the warped and wild keyboard tones, guitar solos and audience dancing their faces off, the song just kept on going.

BEST BANDS ABOUT TO BREAK

My first introduction to LA’s Allah-Las was Reverberation, the now defunct KXLU radio program on Wednesday mornings.  The hosts who would later form the Allah-Las played obscure folk, garage, and surf-rock that ultimately influenced their sound.  Fellow retro-rocker Nick Waterhouse produced the Allah-Las’ debut record released in 2012, and the band has joined Waterhouse for shows all over the world.  The Allah-Las played fourteen different sets at SXSW including an epic performance at Psych Fest at Hotel Vegas.  Songs like “Catamaran” and “Tell Me What’s On Your Mind” take you on twangy journey down the Pacific Coast Highway and into the sunset.   It’s nostalgic garage rock reawakening just when we need it most.

I first heard “Drug You” about a week before SXSW, and I knew there was something special ahead of me.  After a long day of panels at the Convention Center, I walked to Red 7 to catch the Canadian trio Half Moon Run perform.  I was tired, grumpy and didn’t have time to eat any Texas BBQ yet.  When Half Moon Run finished their first song, I forgot all of my concerns.  Their electronica based folk sound fits somewhere in between Foster the People and The Temper Trap but less poppy and more serious psychedelic.  But what’s essential about comparing these bands is that every song in Half Moon Run’s set could easily fit in the same company as Foster the People’s “Pumped Up Kicks” or The Temper Trap’s “Sweet Disposition.”  I expect a massive set of years ahead for Half Moon Run and their album Dark Eyes is a hidden gem.

You may recognize Steph Thompson’s voice remixed over some epic electronica tracks by Chrome Sparks or Blackbird Blackbird, but her indie dream-folk outfit Steffaloo is her newest project.  Thompson is mellow, often pensive but equally mesmerizing with her haunting voice and gentle guitar strumming.  Her performance at the Tap Room on the final night of SXSW nicely wrapped up the festival with songs from her debut, Would You Stay.  It’s soft, intimate music made for singer-songwriter venues like Hotel Cafe, and I’ll definitely be back for more.

I’m cheating by picking an entire street, but most attendees will gladly accept my claim without argument.  Rainey Street is off the beaten path of the chaotic 6th street and a little more rugged than the ever-fancy Congress Ave.  Houses transformed into bars line the street with large outdoor music patios overlooking downtown Austin.  Furthermore, the diversity of genres on Rainey Street spanned from German minimalist techno, Swedish dream pop, American hip-hop, and that’s just the beginning.  Venues like Bungalow, Lustre Pearl, and Blackheart showed me an amazing time and destroyed my wallet.  But, if the taco trucks are still there and the Lone Star Beer specials remain, I’ll be back for more!

The Situation staff would love to hear your own stories and favorite memories from SXSW.  Email [email protected] and tell us what we missed.  Thanks, Austin, for a wonderful week. We’ll be catching up on some sleep for now but absolutely seeing you at SXSW 2014! 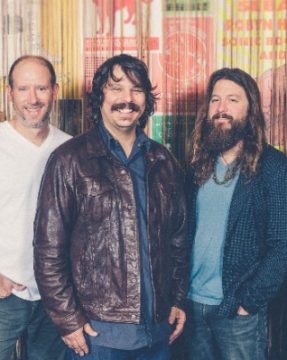 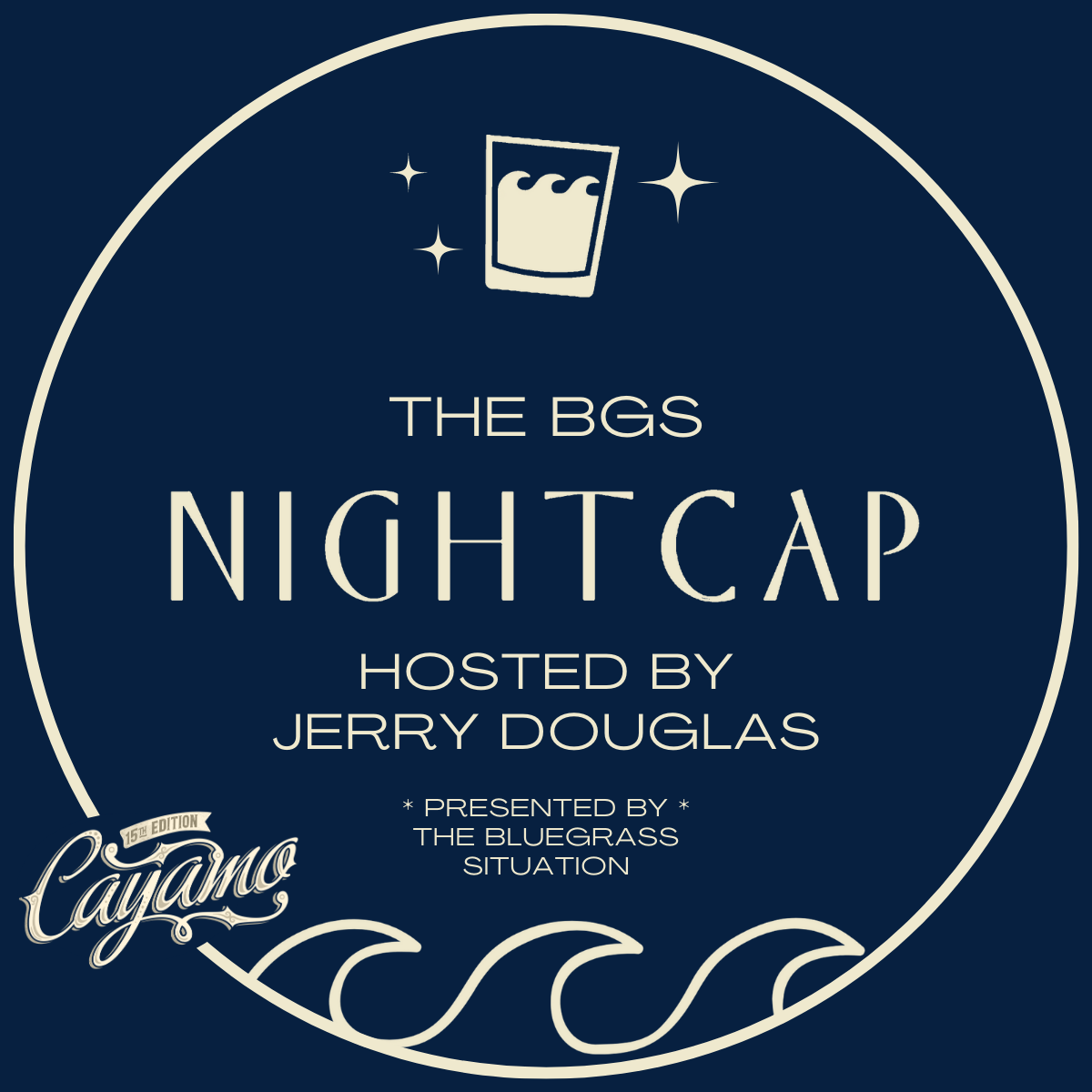 ShowsJan 4
Party on, Garth: A Tribute to '90s Country and Beyond (Hosted by Kelsey Waldon) 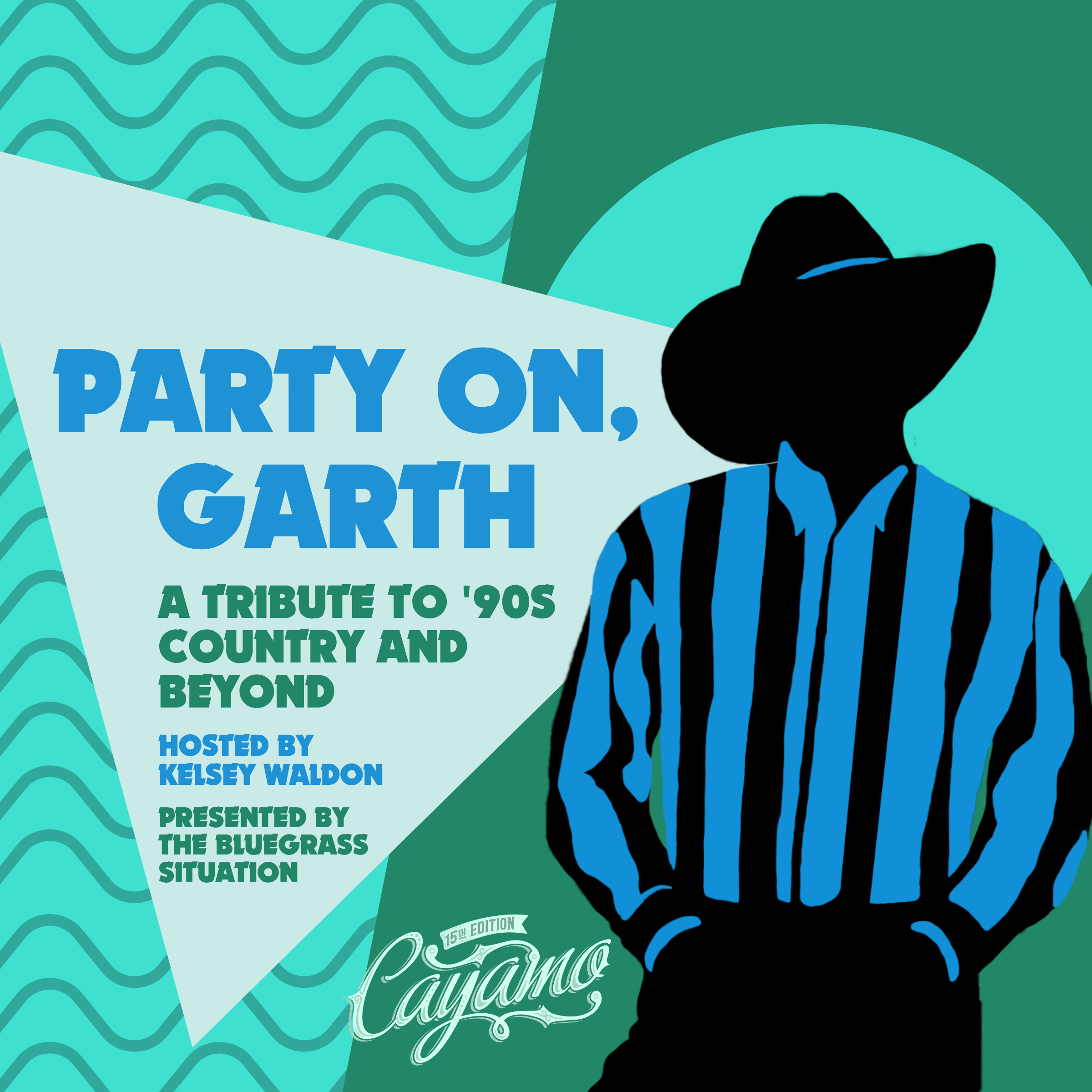 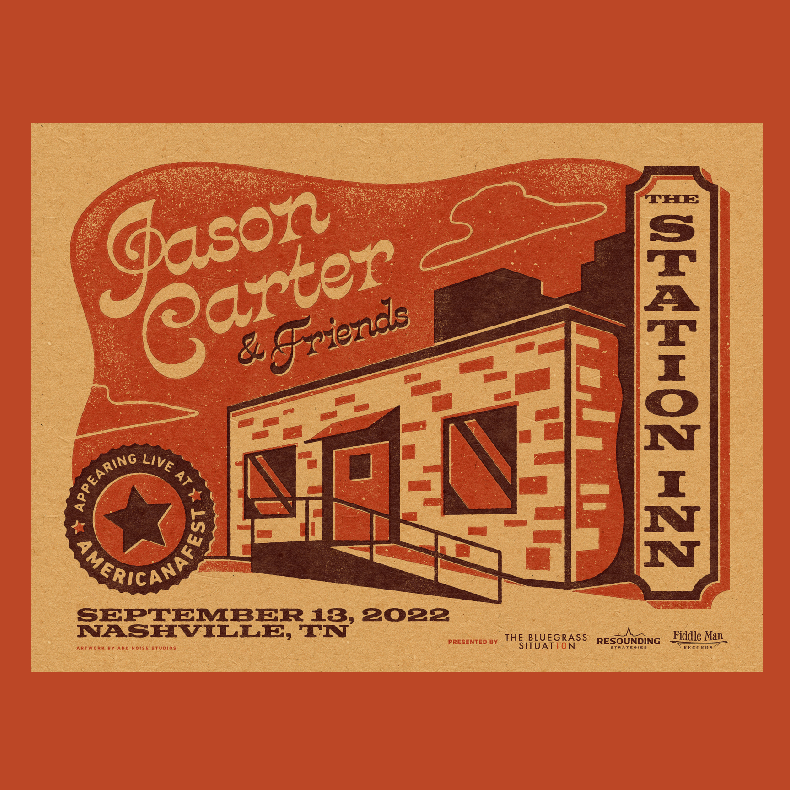