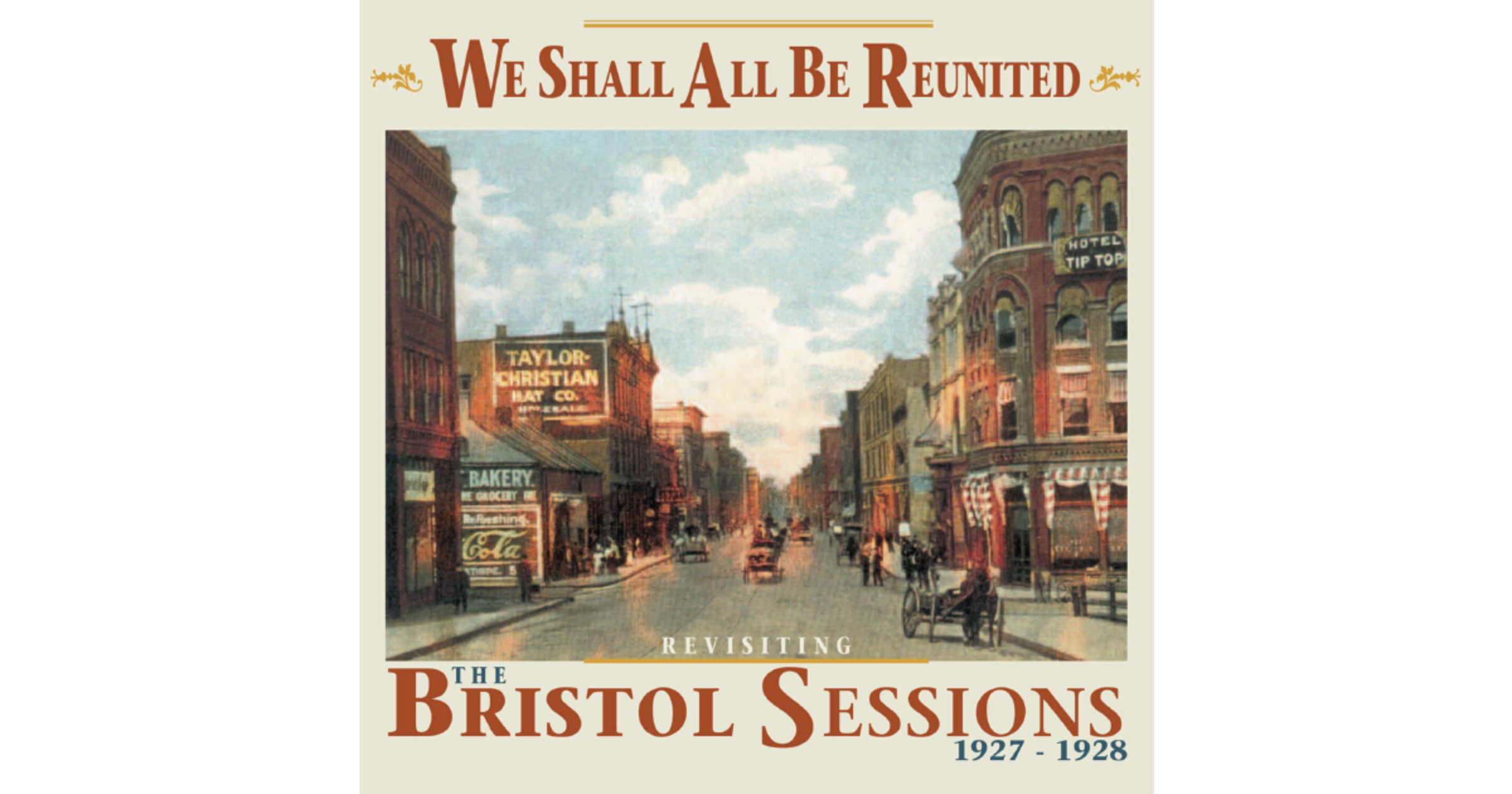 For Dr. Ted Olson, Appalachian music has always been much more than a collection of songs. It’s been nothing short of a passion. The Eastern Tennessee State University professor has spent much of his life writing, researching, and documenting the music that has played and recorded throughout the southeastern United States during the 1920s and 1930s. His respected work on Bear Family Records box sets covering sessions in Bristol, Johnson City, and Knoxville, Tennessee, have brought those long-ago recordings to new generations of listeners. For example, the single-disc set Tell It to Me: Revisiting the Johnson City Sessions, 1928-1929 was named Best Compilation Album of 2019 by the Independent Music Awards.

Now, Olson has teamed up again with Bear Family to release We Shall All Be Reunited: Revisiting the Bristol Sessions, 1927-1928, a single CD distillation of these legendary sessions. Commonly called “the big bang of country music,” the recordings in Bristol by the Carter Family, Jimmie Rodgers, and others became unexpected bestsellers, positioning country music as a viable commercial format. Along with reams of new liner notes, the CD delivers not just those familiar names, but also Ernest Stoneman, Blind Alfred Reed, and more, reminding listeners of the diversity that crowded around producer Ralph Peer’s microphone.

BGS: What inspired you to revisit the music from the original Bristol sessions for this album?

Olson: I found that the story of the Bristol sessions had grown significantly, for me. I’ve changed my interpretation of the Bristol sessions, its historical significance, and how one interprets that legacy. This gave me the opportunity to set the record straight about how that story needed to be told. That new narrative is in the liner notes, which are 44 pages. That is the maximum that can fit in a jewel box. I was pretty adamant that this is the story that needed to be told and this is the length it should be.

We have new documents to learn from, new research that was unavailable to us before. New interviews and new artwork. To me, it’s revisionist history in the best sense of the term. When Sony released a single CD of the Bristol sessions in 2003, they focused solely on the 1927 sessions. To my mind, the 1928 sessions are equal to the sessions of the previous year. With this new CD, we celebrate both of those sessions. We have new masters for the songs as well. An engineer in Germany, Marcus Heumann, produced new masters for this release. They’re very exciting and they sound like they were recorded yesterday. 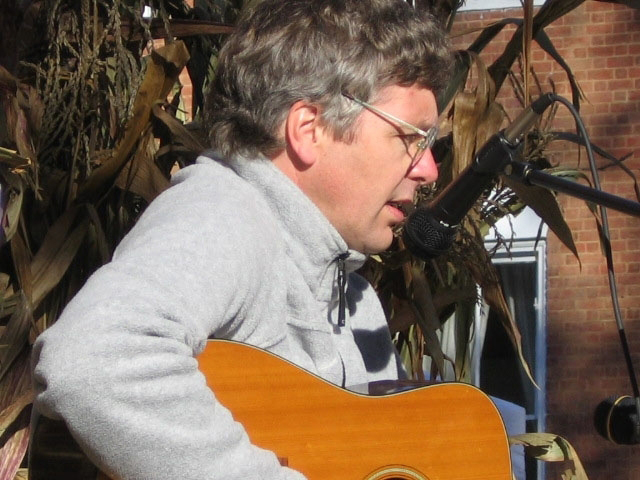 What emerges from listening to both the Bristol and Johnson City collections is that they each demand your attention, albeit with different qualities.

Some people prefer the Johnson City sessions to the Bristol sessions. They find the Johnson City recordings wilder, more exciting. Less controlled by the producer. Ralph Peer was a very controlling producer, very interactive in shaping the sounds, whereas Frank Walker of Columbia had the attitude of anything goes in this music. He was more documentarian, in a way. “What do you have? Let’s hear it.” Rather than shaping something into a package, which is what Ralph Peer’s modus operandi was at the Bristol sessions. I love them both. I’m not going to play favorites, but I’m also not going to acquiesce into the idea that Bristol sessions were more important because they were a year earlier.

How did you come to choose one song from each artist for the new Bristol Sessions album?

I knew that I wanted to match the length of the Johnson City CD, which had 26 recordings. I committed to 26 tracks, because that’s as much as we could fit on a CD, but there was also a licensing limitation. I also wanted a new template, where the ’28 Bristol sessions were as important as the ’27 sessions.

There were 28 artists that performed at the Bristol sessions, which meant that I could include one track from everyone except two. I had committed to including performances that in 2020 would be enjoyable by those who aren’t initiated into the sounds of the 1920s musical world. The stylistic approaches back then have changed over the years. We’ve listened to the Carter Family and Jimmie Rodgers through the years, so they sound familiar to us. Other artists from those sessions were such talented performers that we can still appreciate their recordings for talent alone.

How did you select the song from the Carter Family? All six of the songs that they recorded in Bristol are amazing.

I came to the conclusion that while “Single Girl, Married Girl” or “Bury Me Under the Weeping Willow” had gotten a lot of attention from these sessions, it’s “The Poor Orphan Child” that, for me, is the one that has captured my ears as the definitive Carter Family debut performance. A.P. is part of it. He’s not on “Single Girl, Married Girl.” He was out fixing their car tires that morning. To my mind, his best singing at the Bristol sessions was on “The Poor Orphan Child.”

Jimmie Rodgers’ recordings in Bristol have always suggested to me a person with a distinctive musical identity that is still seeking a comfort level in front of the mic. His two songs seem a bit tentative, a little nervous. Rhythmically, he’s very loose, which was always part of his persona. I think those recordings show his great charisma. He didn’t invent the singing yodel, but he first demonstrated it on the track that’s on this CD, “Sleep Baby Sleep.” Several months later, he records “Blue Yodel No. 1 (T For Texas),” and that was his breakthrough record.

The Bear Family box set about the Bristol Sessions received two Grammy nominations in 2011. It should have been a high point for you. How did you come to realize that you had much more to do?

It was fascinating for me to watch the press reaction to the Grammy nominations as well as the box set itself. I found that the press reactions were a little bit uncertain of what the Bristol sessions were. It was as though they were all falling lockstep into rapt amazement at the mythic importance of this thing called the Bristol sessions. It was obvious to me that people were changed by a myth, which revolved around two notions. One was that the Bristol sessions were “the big bang of country music.” But what does that mean? It was where Jimmie Rodgers and the Carter Family made their first records, but there were many other artists there as well.

The other notion was that Bristol is the birthplace of country music, which has been promoted by both Bristol, and the state of Tennessee, but that statement has often left other important sessions to be overlooked. I came to see that critics didn’t know how to unravel the myth. So, there I was at the Grammys, and as a scholar I felt I had only cracked the surface of what these sessions really were. I, too, was under the spell of the myth. And I needed to get past that. It was quite clear to me that there was more to the story. I remember flying home from that event, thinking that this was a life’s work in front of me.