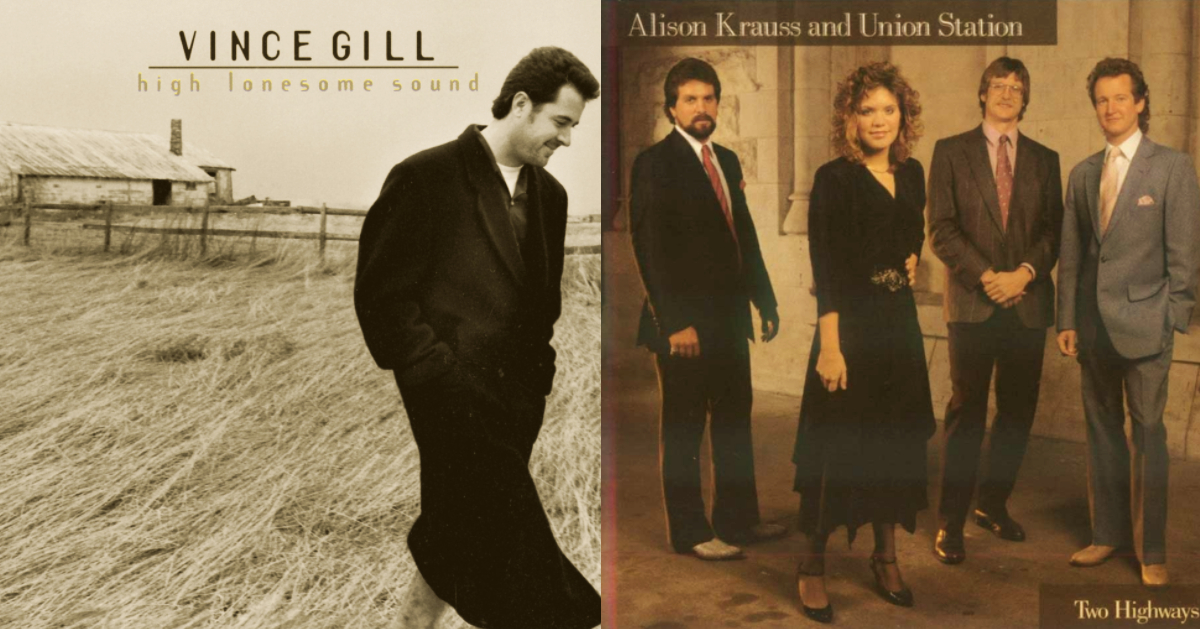 Remember the days when LRB was a quartet and there was a critical mass of mullets among their members? Such a small lineup and still somehow a supergroup: Dan Tyminski and Ronnie Bowman dueting the life out of it, Sammy Shelor pulling for his life, and Tim Austin demolishing the flat-top. Woof.

The ‘90s were the golden age of bluegrass and the bluegrass supergroup. The TV show American Music Shop, which ran for three years starting in 1990, often amassed the best star-studded lineups of the time period – like this one: J.D. Crowe, Mark O’Connor, David Grisman, Tony Rice, Jerry Douglas, and Glen Worf.

Laurie Lewis won Female Vocalist of the Year from the International Bluegrass Music Association only twice — once in 1992 and again in 1994. We could rest our ‘90s-bluegrass-is-best case on that fact alone, but we’ll let Laurie (and Tom Rozum, Sally Van Meter, Peter Rowan, Alan Munde, et. al.) convince you with this Texas swing-flavored masterpiece.

I mean… do we even need to contextualize this one with a blurb? Alison Krauss — before she became the winningest woman in GRAMMY history — with Adam Steffey, Barry Bales, Tim Stafford, and Alison Brown (no, they aren’t sisters, even if they do have the same name) is exactly why ‘90s bluegrass never fails us. If you happened to forget that AK is a ruthless fiddler, too, just listen to any of her stuff from this decade for a reminder.

We continue with supergroups, for a moment, this time regaling in the new acoustic, esoteric instrumental, 1990s beauty of “Slopes” played by a group of folks you may know: Béla Fleck, Mark O’Connor, Sam Bush, Jerry Douglas, and Edgar Meyer. Makes you wanna time travel, doesn’t it?

Everyone’s favorite songwriter, actor, country star, business mogul, theme park owner, and literacy advocate made one of the best bluegrass records in the history of the genre in 1999 — and of course the world went crazy for it. She took bluegrass places it too-rarely appears with a band that could’ve sold out a nationwide tour themselves. Iconic.

Del and the boys cleaned up on the IBMA Entertainer of the Year awards between 1990 and 2000, winning the organization’s top honor a total of five times during that span. Ricky never truly left, but he visibly returned to dominating bluegrass in the 1990s, touring with Kentucky Thunder. Talk about a golden age!

Once again, we thank American Music Shop for bringing together a seemingly disparate yet totally seamless power collab. One of the best things about bluegrass is the shared vocabulary, the commonality of the songs. Just throw a bunch of folks up on stage and have ‘em sing one together!

Lynn Morris has been unconscionably underrated for her entire career. Just listen to this. She had her heyday as an artist and band leader in the ‘90s, winning multiple Female Vocalist of the Year awards and even a Song of the Year, too. That banjo pickin’ definitely deserved better recognition, though. Hell, the whole kit-and-caboodle deserved more recognition. If you take away anything from our journey back through this bygone era of great hair choices and clothes that go zip-zop it should be a never ending love and appreciation for Lynn Morris.

Two roots music icons of the decade, collaborating on a song that tributes the father of bluegrass himself, it’s just too perfect. We rest our case. May 1990s bluegrass live on forever in our hearts, our ears, and our mullets.