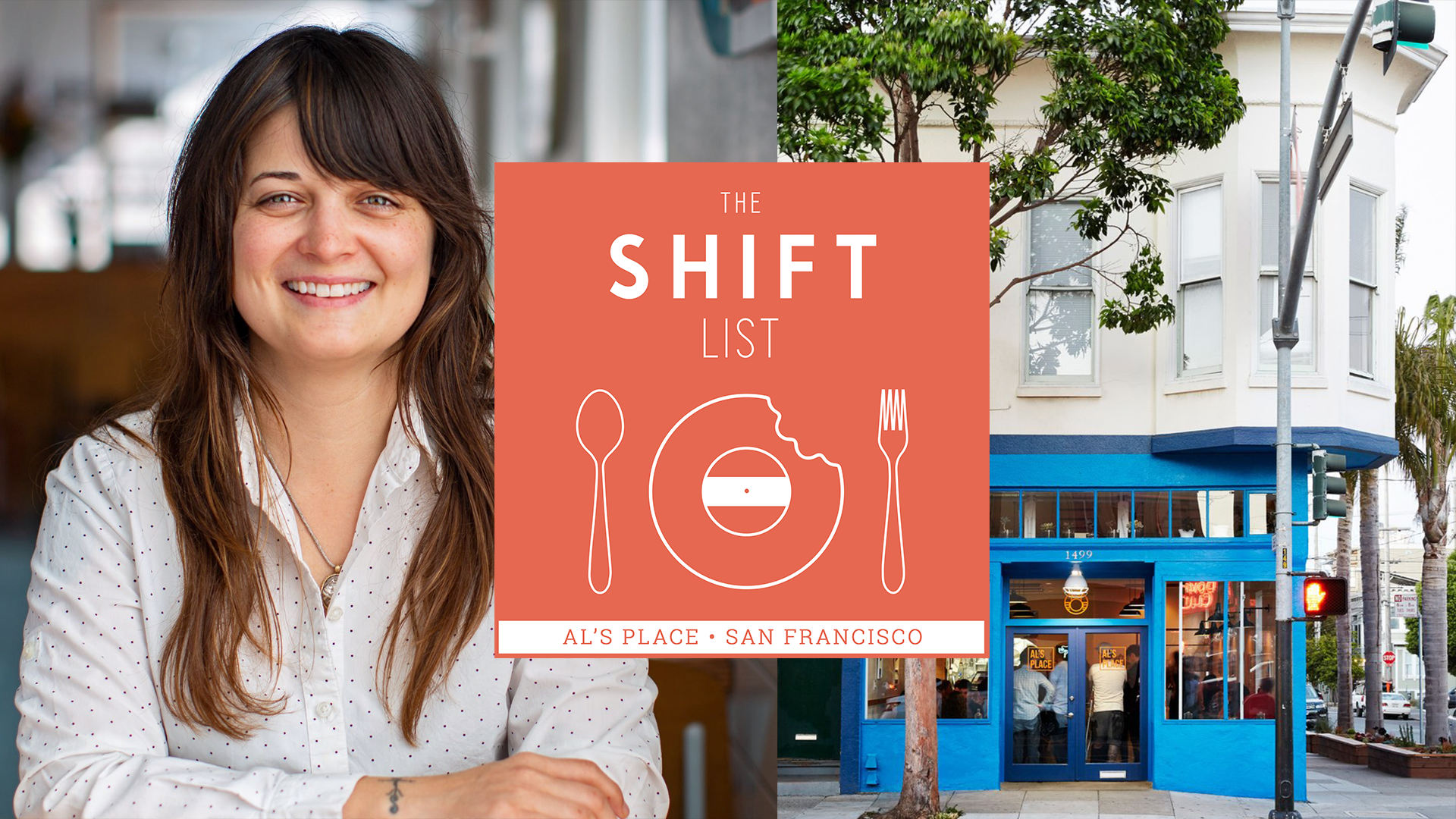 Jenn Dowdy, Music Director at AL’s Place in San Francisco, tells us how to create the perfect playlist for any kind of shift.

This is a special episode, because of all the restaurants featured on this little podcast, AL’s Place is the only one that has a Musical Director. It’s just one reason that this intimate neighborhood restaurant in the Mission District stands out amongst the plethora of dining options and Michelin establishments dotted around the Bay Area.

AL’s place is the vision of Chef / Owner Aaron London – he being the AL that the restaurant is named after (initals A.L), but almost five years in, with a Michelin Star under its belt, and many other accolades to its name — including the title of Bon Appetit’s New Restaurant of the Year in 2015 — AL’s Place is a true team effort.

The space only has 46 seats and finding an empty one is rare, so a shift requires everyone to be on their A-game the entire time.

While Chef Aaron London’s seasonal, ingredient-driven menu highlighting Northern California produce is the foundation, the service, vibe, and music are essential elements to the dining experience.

Jenn Dowdy started as a server at AL’s and after a few months of getting to know the space intimately, she asked AL’s GM Kimberly Litchfield if she could take over the restaurant’s playlist. The role of Musical Director, previously held by a part time staff member, was bestowed upon her.

22 public playlists later, with many more waiting in the wings, Dowdy weaves together 7-8 hour playlists that are highly curated for AL’s, never repeating a song, and compensating for the turns that happen throughout a night’s service.