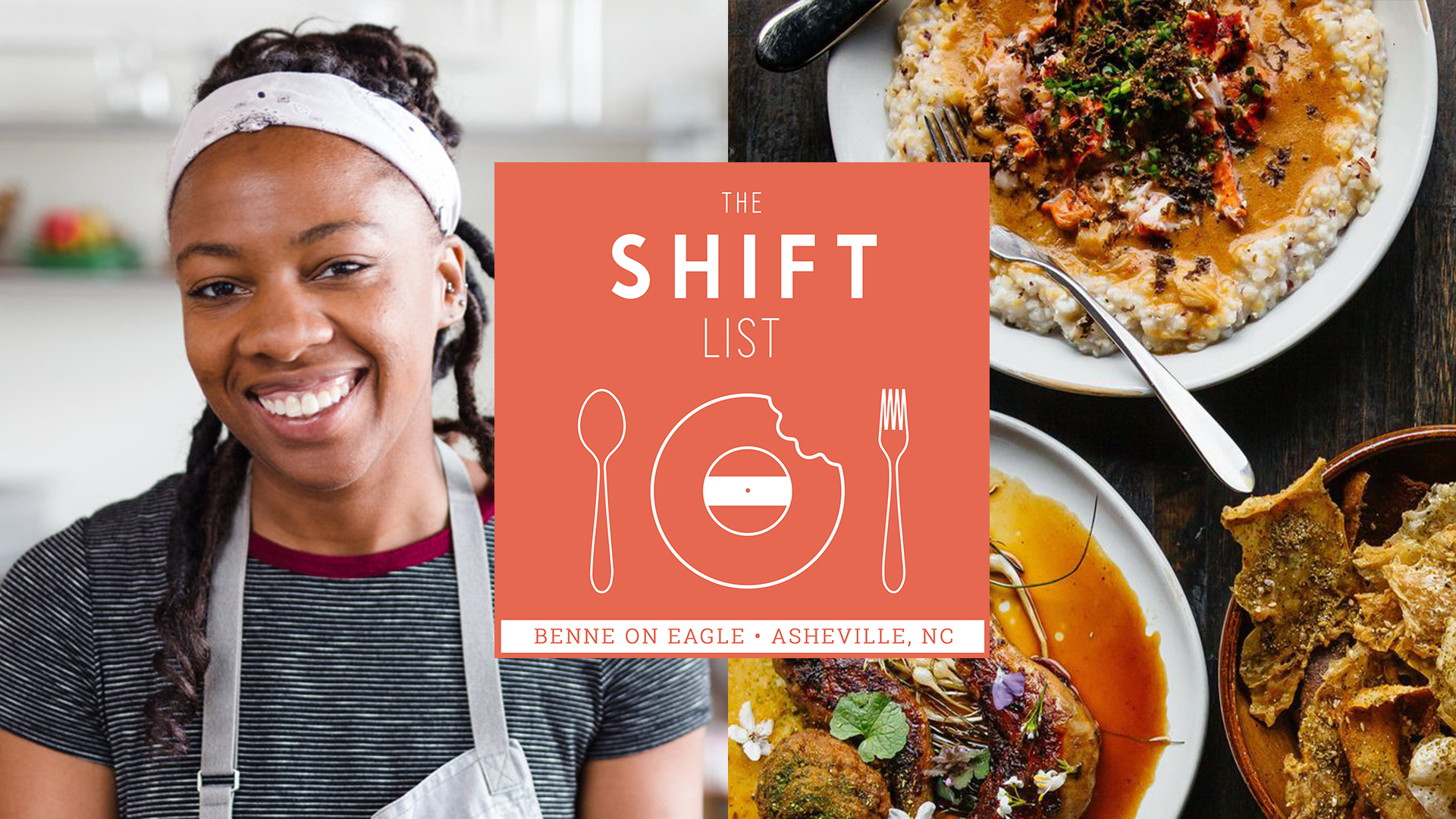 This week, our guest is Ashleigh Shanti, Chef de Cuisine of Benne on Eagle in Asheville, North Carolina.

Benne on Eagle is located on Eagle Street in a historic Asheville neighborhood called The Block. Shanti describes Benne on Eagle’s fare as Appalachian soul food. She works closely with Chef John Fleer, who’s best known around Asheville for his acclaimed restaurant Rhubarb and its sister cafe/bakery, The Rhu. The menu at Benne on Eagle pays homage to the rich African American culinary traditions that once thrived in The Block, as well as honoring Shanti’s own history as a Southern, African American woman.

The restaurant opened in late 2018, and it’s captured the attention of numerous media outlets, landing an Shanti-centered feature in the New York Times as one of the 16 black chefs changing food in America. Benne on Eagle has also been listed on Bon Appetit’s the Hot 10: America’s Best New Restaurants 2019.

Now 29 years old, Shanti traveled across the US on a six-month sabbatical before landing in Asheville after being tapped by John Fleer, and as that story in the Times reported, she decided that her next step as a chef needed to fulfill a critical desire to “[cook] food that celebrated her heritage as a black woman from the South and rebuffed assumptions about what that food could be.”

And if she wasn’t running the kitchen at Benne On Eagle or didn’t have any culinary skills, Ashleigh professes that being a rapper would be her dream job. She even writes a bit here and there, like the time Chef Carla Hall stopped by the restaurant for a visit and Ashleigh presented an original rap in her honor.

Heading to Asheville, NC? Reserve a Table at Benne On Eagle here.