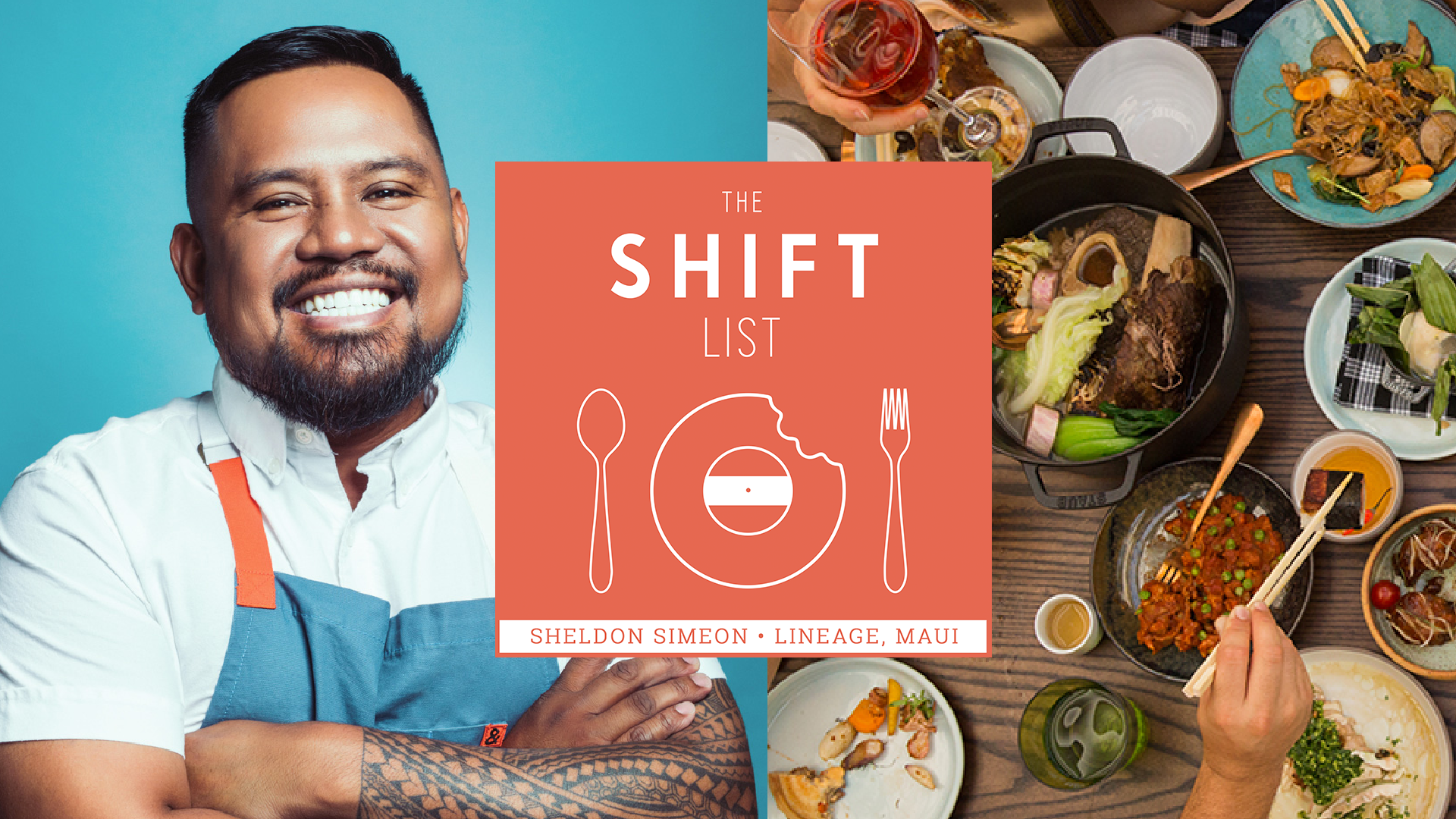 Chef Sheldon Simeon is as passionate about music as he is about bringing Hawaiian food to a new generation. On the Season 2 premiere of The Shift List, Chef Sheldon revealed that if he could do anything other than be a chef, it would be a ukulele player.

“My cooking’s heavily inspired by music, for sure,” Simeon said on the podcast. “Like a song, food can tell a story, and that’s what I’m trying to do. With my food, I’m just trying to tell the story of Hawai’i, on the level of Ka’au Crater Boys,” he adds, laughing. “The greatest (Hawaiian) band ever!”

In 2016, Sheldon opened his very first solo restaurant, Tin Roof, in Kahului, Maui, where he serves up local dishes in take-out bowls, and last summer he opened Lineage, a full-service concept for dinner that brings his interpretation of family-style dishes typical of a Hawaiian luau.