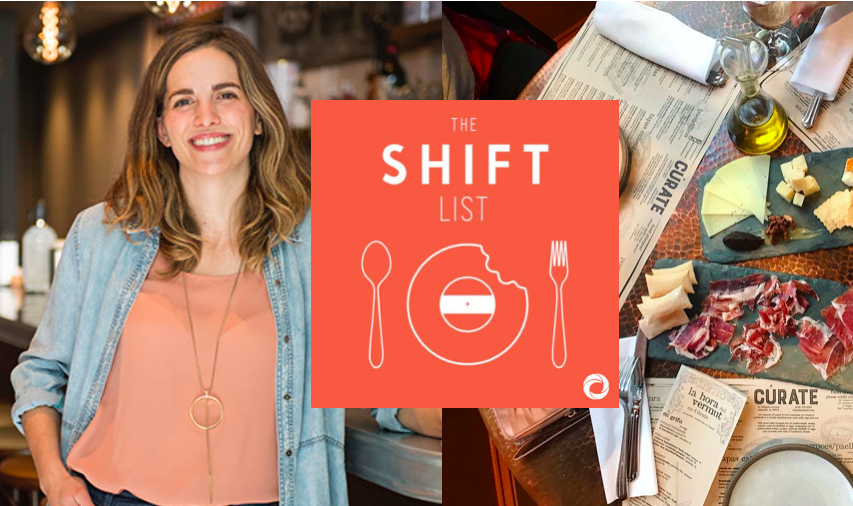 Katie Button is at the helm of two restaurants in Asheville, North Carolina: the lively and authentic Spanish experience at the acclaimed tapas restaurant Cúrate, as well as Button & Co. Bagels, influenced by Katie’s upbringing in New Jersey.

Chef Katie Button took a winding road to open her restaurants in Asheville, first pursuing science degrees at Cornell and earning her master’s degree in biomedical engineering in Paris. Realizing that a life in science wasn’t for her, she changed course to the culinary field, starting as a server at one of José Andrés’ restaurants in Washington, D.C. She volunteered on her days off to work at his avant-garde restaurant minibar to help prep in the kitchen, since she didn’t have any professional cooking experience.

Being in the kitchen made her realize that it was the place she wanted to be most, so from there, she got a position as an intern in the pastry kitchen at New York’s Jean-Georges. After that, she moved to LA to work at The Bazaar by José Andrés, and that following summer, she landed a position in the pastry kitchen at El Bulli, Chef Ferran and Albert Adria’s legendary three-Michelin star restaurant in Spain.

It was there that she met her husband Felix, and together they moved to Asheville to open a restaurant with her parents, where they eventually opened Cúrate in 2011. The classic Spanish tapas restaurant received instant attention and accolades, from mentions in the Wall Street Journal and the New York Times t0 earning status as a nominee for the James Beard Foundation’s Rising Star Chef award in 2014, a semi-finalist for Best Chefs in America in 2015, and a nominee for Best Chef Southeast 2018 and 2019.

In this episode, Chef Katie admits that when she’s expediting dishes, she really doesn’t hear much going on around her, underscoring her intense focus while working the line. But when she’s prepping for a shift, her staff has been surprised to learn that underground indie rock from the mid to late 90s is her go too – think “The Moon & Antarctica” by Modest Mouse, Archers of Loaf, and Built to Spill.