The Show On The Road – American Aquarium 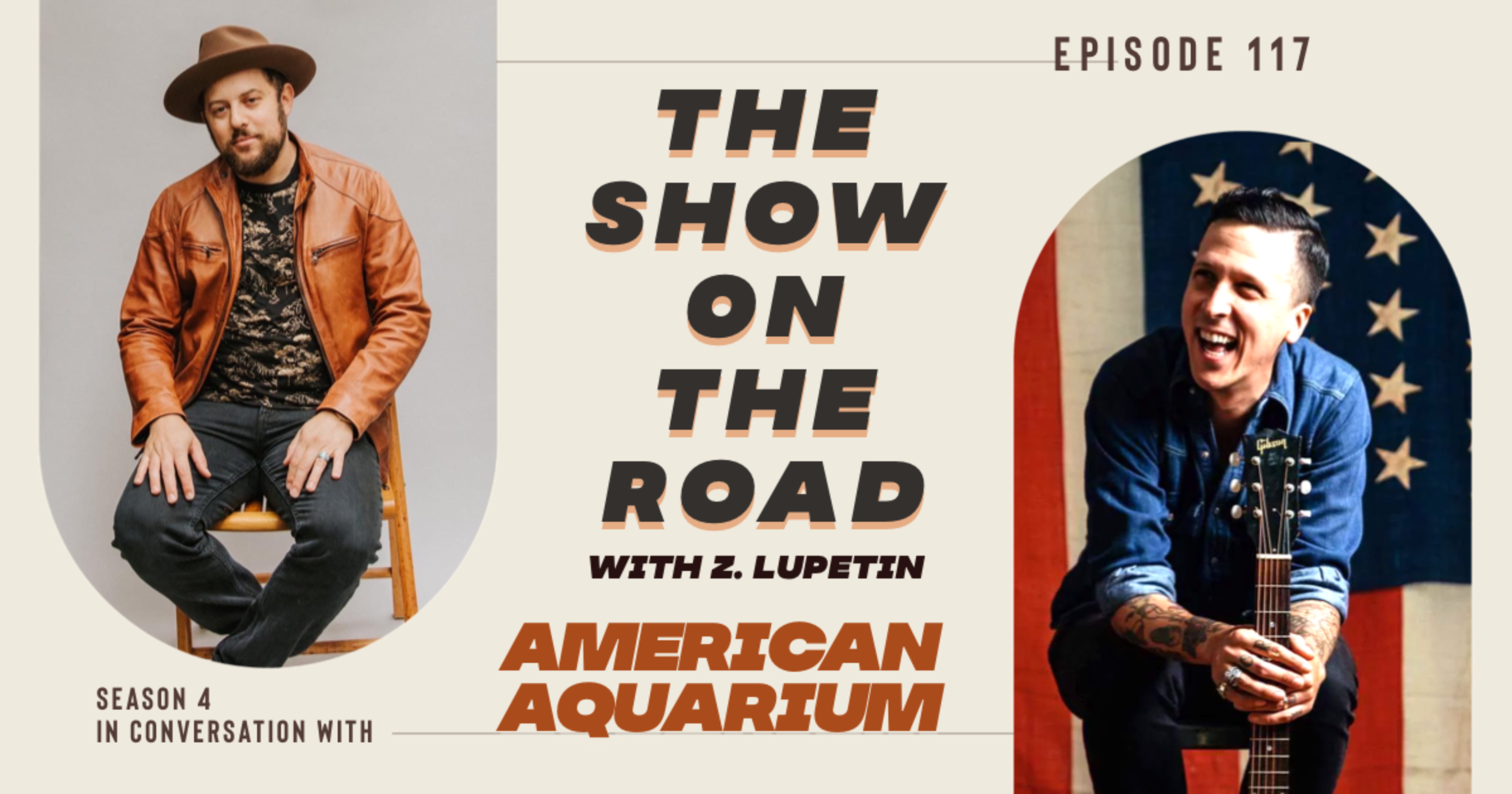 This week, we’re back for the fall season with the first face-to-face taping in nearly two years. I was able to catch up with the fearless deep-voiced frontman BJ Barham of North Carolina roots-rock favorites American Aquarium, in the front bar of The Troubadour in LA as his tour was passing through.

LISTEN: APPLE PODCASTS • SPOTIFY • STITCHER
American Aquarium’s rawly personal new LP Chicamacomico dropped earlier this year and focuses on the twin losses of BJ’s mother and grandmother — as well as a dark point in his own marriage when he and his wife lost a child. He was already building a room for the little one during the pregnancy when everything changed. While fans have been following the band as a roaring country-tinged rock outfit since they formed in Raleigh around 2006 (the masterful Jason Isbell-produced Burn.Flicker.Die put them on the map right as they thought they would quit), it’s with Barham’s more poetic, stripped down offerings like 2020’s Lamentations and his searing solo work Rockingham that he is breaking new ground. Barham isn’t shy about processing his adoration for The Boss as the preeminent living rock-n-roll intellectual king, and there are cuts off the new LP like “The Things We Lost Along the Way” that feel like they could have been recorded in that haunted place alongside Nebraska or Darkness on the Edge of Town.

As a new dad myself who just experienced my wife going through a terrifying birth, BJ’s songs hit me a little harder these days. I can’t think of a country artist today with as big a following from North Carolina to Texas who would center the title track of his record around the unspoken tragedy of a late miscarriage, but Barham pulls it off with a remarkable sensitivity. Like Isbell, Barham notes that his career really began when he got sober and could finally examine the dark corners of his history, his relationships and the fractured history of the South he grew up in.

Though hard to say, naming a record about working through deep loss Chicamacomico makes all the sense in the world. It’s a real place of course, a life-saving station built in 1874 on the Outer Banks of North Carolina, and a beach area where BJ and his wife tried to go to blow off steam and forget their sorrows. Now a proud dad to a little daughter (see the cheerful country banger “Little Things”) Barham has learned that in the end, being a father and husband first doesn’t make him less of a hard-working, deep-thinking artist. In fact, it’s finding that balance that has allowed him to write the most powerful songs of his career.