The Show On The Road – Buffalo Nichols 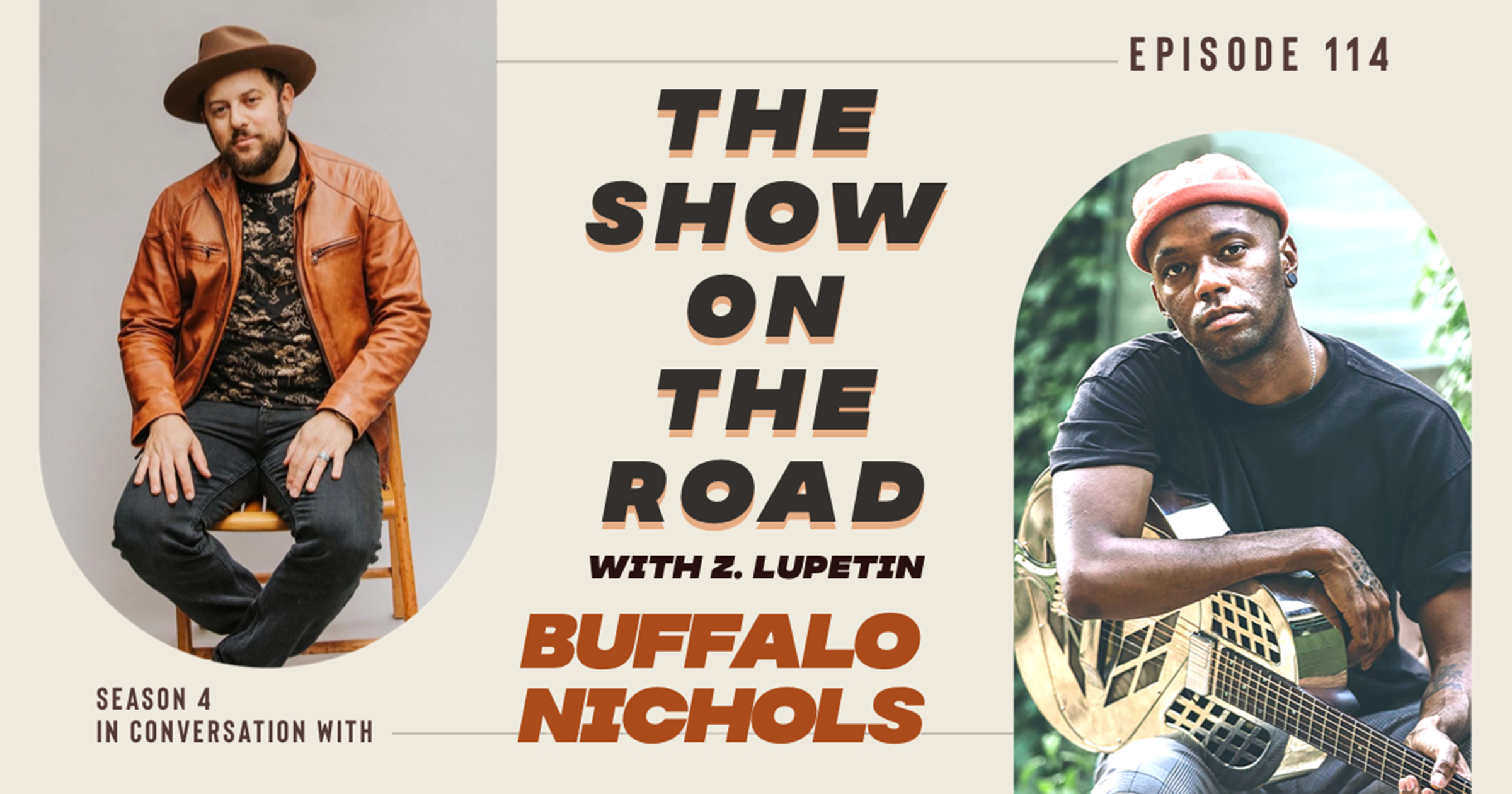 This week on the show, we talk to a startling new talent placing a gut-punch into the folk and blues scene, the Milwaukee-raised and now Austin-based singer-songwriter Buffalo Nichols.

Growing up learning on his sister’s dreadnought guitar and then traveling widely through West Africa after high school drinking up the sounds of the kora and percussion players in Senegal, Carl Nichols began finding his voice and playing style in the haunting open and minor tunings first heard from bluesmen like Skip James, who he covers in his remarkable self-titled debut collection. Buffalo Nichols, which came in 2021, is a stark departure from what Carl would call the cheery “opinionless beer commercial blues” that has come to dominate the genre. Nichols’ work is often sparse and direct – just a man with his guitar and a microphone. The stories told in standout songs like “Another Man” and “Living Hell” don’t flinch from comparing how the experience of his elders a hundred years ago in the South may not look much different from men like George Floyd dying on that Minneapolis pavement. Is there catharsis or hope in the songs? Are they a call to action? Maybe that’s up to us to decide.

Carl will admit that it can be tricky trying play his songs like the searing album opener “Lost And Lonesome” in loud bars where people may just want to have a good time and not dive into the backroad history of racial injustice and institutionalized police violence. Thankfully his writing doesn’t hide behind niceties and the recordings aren’t veiled by sonic artifice – Nichols speaks directly to the isolation and danger of being a young Black man in America, and trying to navigate the unease of bringing his stories to an often mostly white Americana-adjacent audience. Even more upbeat numbers like “Back On Top” call to mind the ominous juke-joint growl of John Lee Hooker, bringing us into dimly lit scenes where even late-night pleasure may have its next-morning consequences.

If there’s one thing we learned during this taping, it’s that Carl doesn’t want to just “write songs to make people feel good” – but he does want to tell stories that make the isolated and lost feel less so. Maybe that is the most important function of music truly steeped in the blues tradition: the ability to transform pain into progress. The messages may not be what people always want to hear, but the groundswell rising behind Carl’s stark timeless tales is indeed growing. With recent appearances on Late Night With Stephen Colbert, NPR’s Tiny Desk Concerts and big time dates like Lollapalooza on the books for the summer, folks will be hearing a lot more from Buffalo Nichols.