The Show On The Road – Dan Reeder 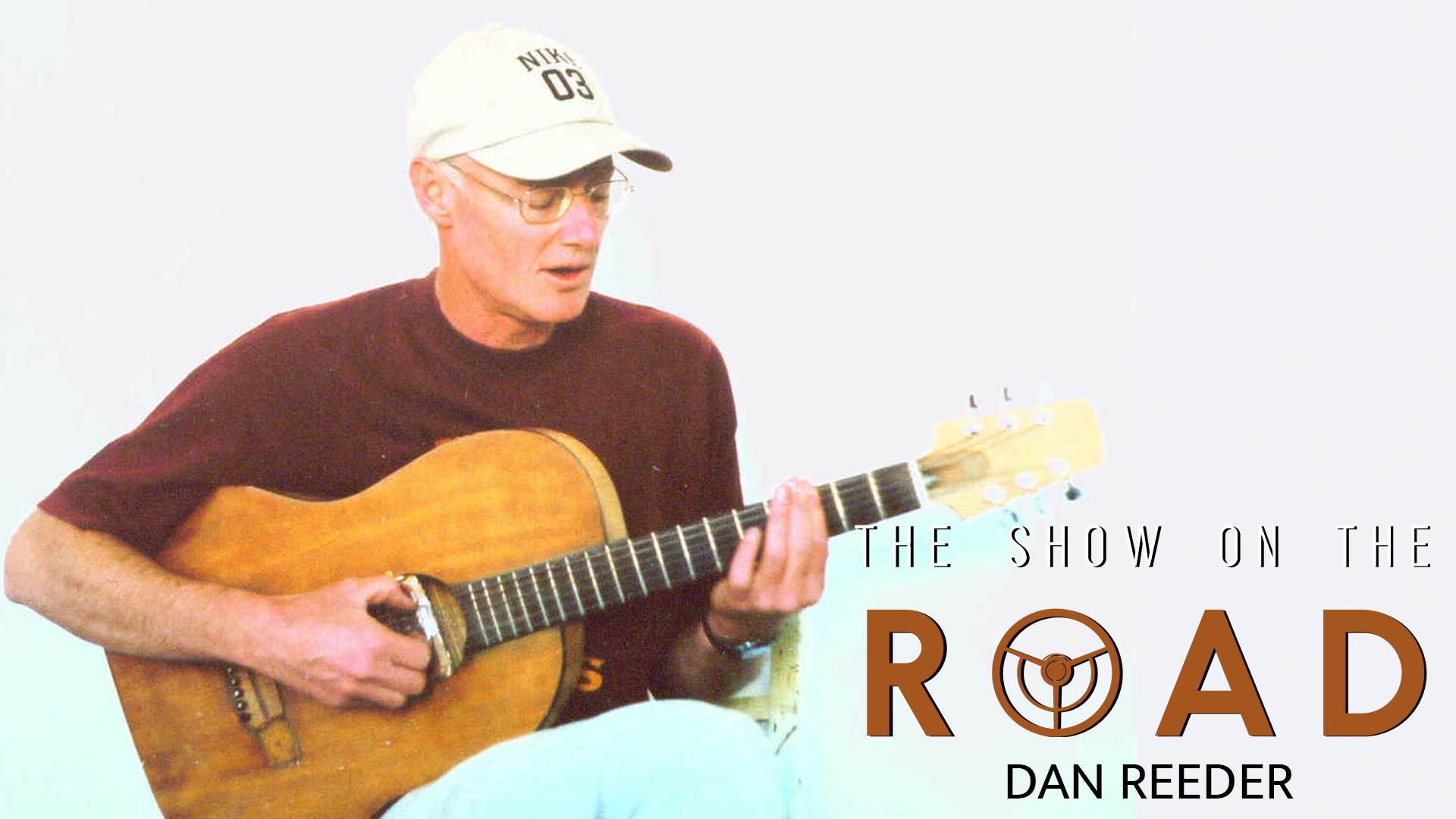 This week on The Show On The Road, a conversation with renegade roots songwriter, painter and NSFW self-taught poet Dan Reeder.

Reeder is rarely interviewed, but has collected a legion of devoted fans after putting out a series of beloved albums on John Prine’s Oh Boy Records – including the much-anticipated new LP, Every Which Way.

For the uninitiated, diving into Reeder’s uniquely absurdist, harmony-drenched body of work can feel like reading a rich short story collection in one sitting. His normal routine is to layer lush close-mic’d vocals on top of one another using himself as a conspiratorial choir. He sketches tiny but poignant moments from his life and imagination, often repeating a simple phrase again and again like one of his most-listened to tunes, “Work Song,” which tells us bluntly through gospel claps: “I’ve got all the fucking work I need.”

Much more than a one man band, Reeder often builds every instrument he plays in his recordings, from steel string guitars, to banjos, drums, basses, cellos, violins, clarinets, and even the computer he records on. This episode was recorded in his garage studio in Nuremberg, Germany, where he’s lived with his wife for 30 years.

Host Z. Lupetin spoke to Reeder right after John Prine passed away from complications of COVID-19, and they spoke about his tours together with Prine and how much his music inspired him through the years.