The Show On The Road – Dustbowl Revival 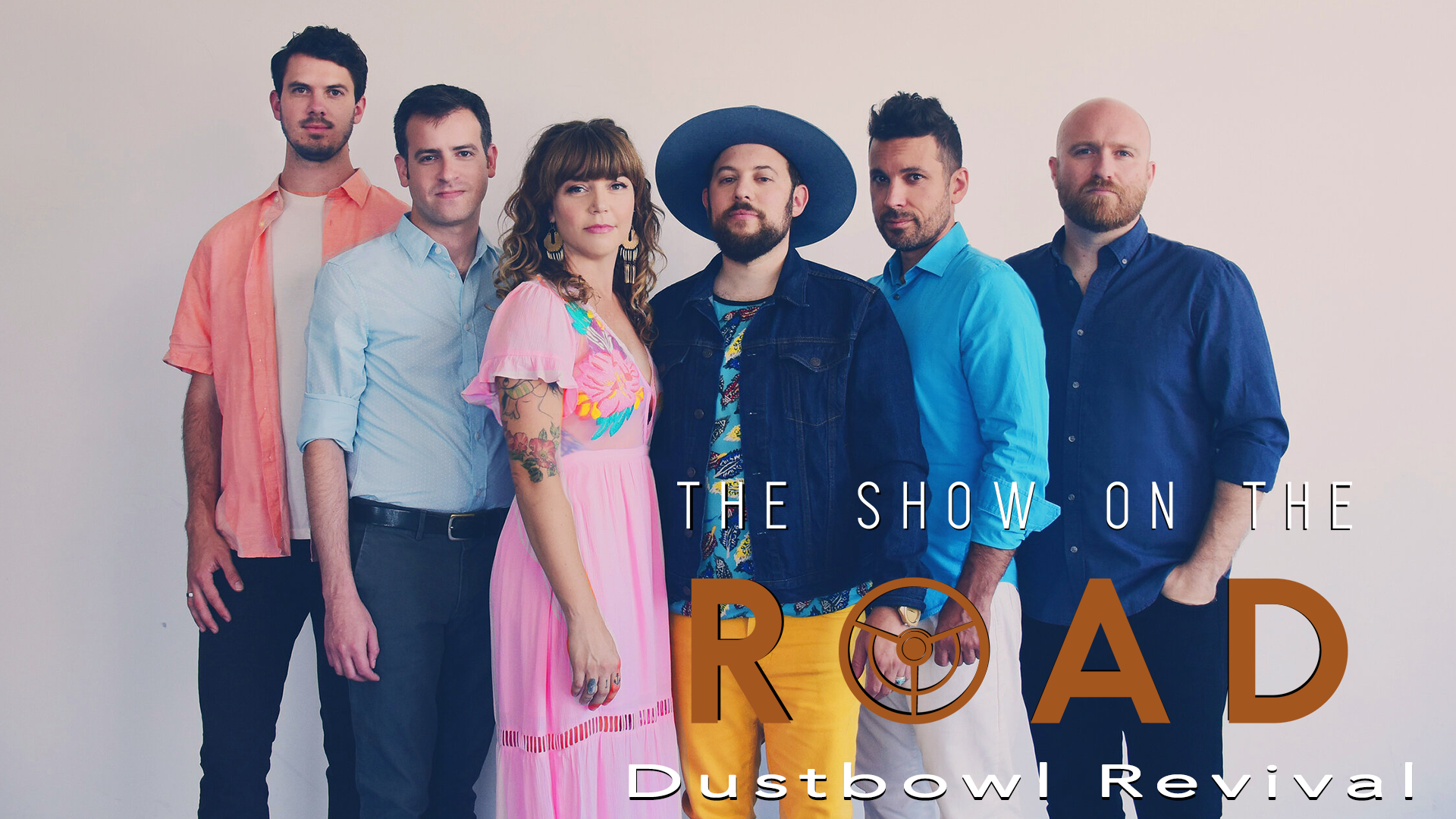 This week on the show, a very special finale to our winter season, featuring a group of world-traveling, folk-funk adventurers that have been catapulting American roots music into the 21st century with their exuberant melding of string and brass band traditions and their white knuckle, award-winning live shows. It’s Dustbowl Revival.

To say today’s episode is personal would be an understatement. Your host Z. Lupetin founded Dustbowl Revival in Venice Beach, CA over ten years ago with a lucky Craigslist ad that started it all. What began as a clandestine jam group with as many as ten instruments going full blast at an after-hours advertising office soon moved to speakeasies and small venues around LA, with the band eventually recording their beloved live album With A Lampshade On at the famed Troubadour in LA and the Great American Music Hall in San Francisco.

In 2013 Liz Beebe joined the group as they began touring full time, becoming a powerhouse eight-piece band that wowed festivals and stages in over a dozen countries, playing over a hundred and fifty shows a year. They’ve released a total of seven full-length records along the way, including their soul-dipped, self-titled work from 2017, which was produced by Grammy-winner Ted Hutt, co-founder of Flogging Molly.

This week celebrates the release of their most daring work to date, Is It You, Is It Me, produced by Sam Kassirer (Lake Street Dive, Josh Ritter) and engineered by Brian Joseph (Bon Iver, Sufjan Stevens). Z. was able to gather the whole band around the mic while on the road in New Hampshire. Make sure you stick around to the end of the episode as the band shares their intimate acoustic single “Let It Go.”