The Show On The Road – Melissa Carper 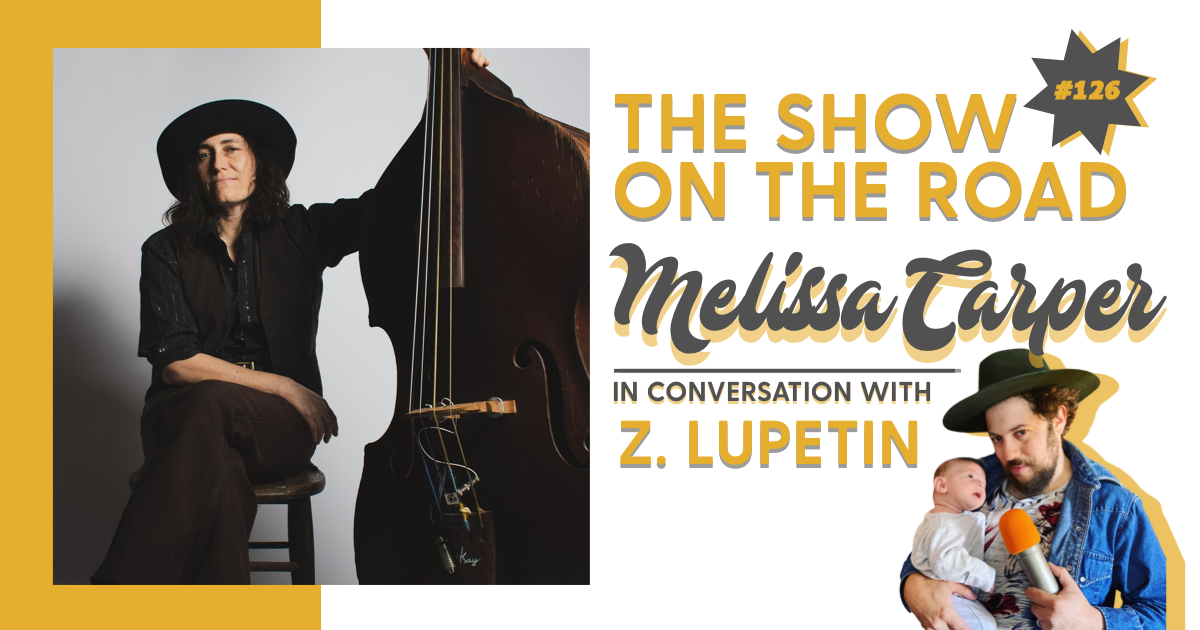 This week, to kick-start our fifth season we call into an organic vegetable farm in Texas to chat with an upright bassist who also happens to be a former New Orleans ace street performer, and singer and songwriter, who sounds like she might have stepped out of a saloon in 1955 filled with the warm echoes of her heroes Hank Williams and Patsy Cline: Melissa Carper.

Is there such thing as a “new nostalgia” movement happening under our noses in the Americana scene? I’m going to say there is, thanks to folks like Melissa. She’s lived several lives as a working music maker in groups like Sad Daddy (“Daddy” being her beloved nickname), Buffalo Gals, and the Carper Family (her folks in Nebraska growing up had a roving band), before collecting her favorite vintage-tinted songs and breaking out with her whip-smart solo debut Daddy’s Country Gold and then 2022’s Ramblin’ Soul, which she penned while working on that vegetable farm with her fiddle player/partner during the height of the pandemic.

The latter record is a celebration of the small victories and tiny glories of taking your hard earned art onto the road, while also pausing to reflect on the important folks she lost recently, like her beloved pup.

While Melissa gets a good chuckle about being called the “Hillbilly Holiday” with her high lilting voice and silky delivery, it’s the impossible pleasure of hearing the lost music of pre-modern country, jazz and blues fronted by a proudly queer bassist lead-singer that almost seems like science fiction when you look at it deeply. Make “new nostalgia” a new genre! Or throw genre right out the window and just turn modern classics like “Makin’ Memories” (one of my top songs of 2022) up nice and loud, however you listen these days.