The Show on the Road – Mt. Joy 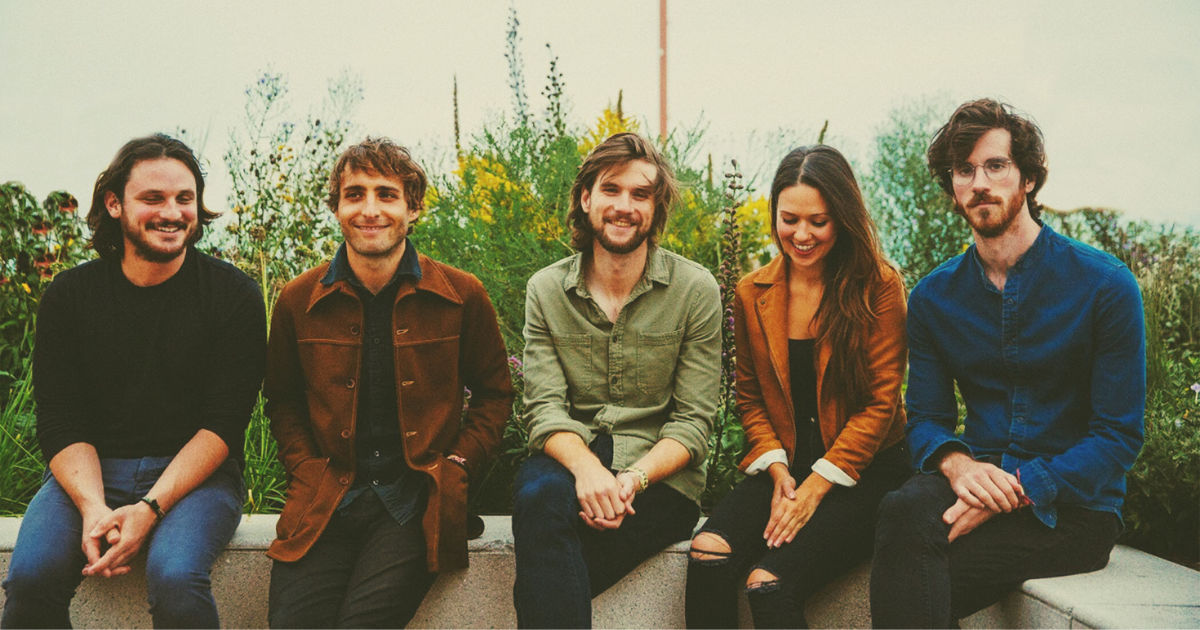 This week we feature a conversation with songwriter and singer Matt Quinn of jangly-pop phenomenons Mt. Joy.

Much like host Z. Lupetin’s group Dustbowl Revival, Mt. Joy began thanks partially to some Craigslist kismet. After Quinn took the leap from PA to LA and reconnected with fellow guitarist Sam Cooper (who he used to jam with at their high school in Philadelphia), the band found their bassist Michael Byrnes, and Byrnes’ flatmate, producer Caleb Nelson, helped create their infectious breakout singles “Astrovan” and “Sheep.”

While most rising bands might shy away from writing extensively about addiction; or describing Jesus as a reborn Grateful Dead-loving stoner; or examining generational violence and brutality in Baltimore; with some deeper listening, it’s not hard to notice that Mt. Joy’s bouncy, arena-friendly sing-alongs are admirably subversive and often quite heavy below the pop shimmer.

A whirlwind of touring on some of America’s biggest stages followed the resounding streaming success of their first homemade singles, bringing the band from tiny rehearsal spaces and obscurity to the most hallowed festivals in America — like Newport Folk and Bonnaroo — and huge white-knuckle tours opening for The Shins, The Head and The Heart, and The Lumineers. By 2018 their joyous, full-throated rock sound had fully gelled with the addition of Sotiris Eliopoulos on drums and Jackie Miclau on keys. Their catchy and confident self-titled record arrived on Dualtone and seemed to go everywhere at once — with the acoustic-guitar led anthem, “Silver Lining,” surprising the band most of all by hitting #1 on the AAA radio charts.

But, as Quinn mentions early on in the talk, by the time the band released their much-hyped sequel record, Rearrange Us, in early 2020, the group of friends and collaborators were fraying at the seams. Relentless time away from loved ones caused breakups that were a long time coming, and trying to match incredibly high expectations had forced the band to ask themselves what they really wanted out of this new nomadic, whiplash life. Thus Rearrange Us dives courageously into darker shadows than its predecessor. In emotional standout songs like “Strangers” Quinn has an achy-voiced knack for pinpointing that exact moment when good love goes wrong — and how feeding off the endless adoring energy of the strangers he meets in every new town can only sustain him for so long.

In a way, the pandemic-forced time off coinciding with their record gaining steam was a blessing in disguise, allowing Quinn and the band to reflect and recharge. But of course, with a feverish fanbase from Philly to LA waiting, Mt. Joy wasn’t about to rest long. If you’re a fan, you may have noticed that they are currently playing safe, sold out drive-in shows across the East coast and Midwest with more on the way.