The Show On The Road – Penny & Sparrow 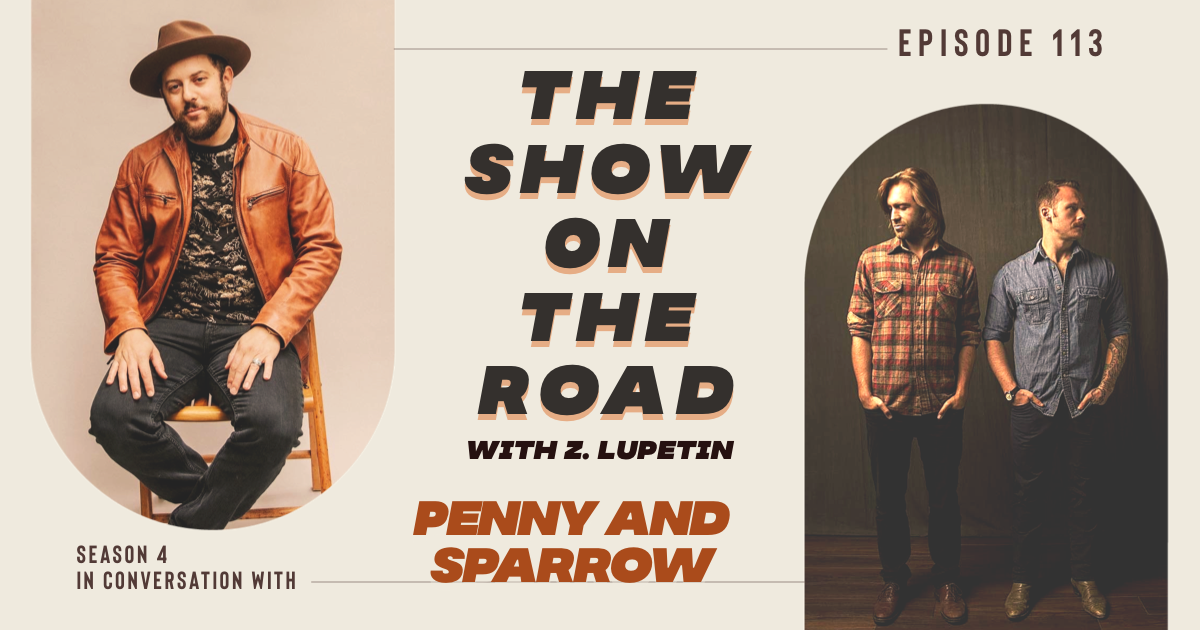 This week, The Show On The Road is back with an intimate talk with Texas-born folk pop collaborators Andy Baxter and Kyle Jahnke, who for the last decade have toured the USA as symbiotic harmonizers Penny & Sparrow.

Their lush 2022 release Olly Olly showcases their unique lifelong friendship and was their first collection where they relied only on each other from beginning to end. There is a field-recording looseness to some of the songs with sounds of nature and a cinematic string section lifting their effortless harmonies throughout. “Need You” could be about lovers re-finding each other in a dark time, or really it could be about Andy and Kyle themselves, reaching out to connect in every tumultuous season of their lives. Indeed they did mention that they’ve probably slept in the same bed more times with each other on tour than with their partners at home.

While they both grew up in religious families, the act of two men, best friends in so many ways, diving into their fantasies and fears like in the sensuous “Voodoo” for all to hear might be considered a radical act, but they’ve been making these kinds of confessions in sonic form from the beginning of their songwriting partnership. Their standout 2013 record Tenboom started popping up in playlists immediately, and their now beloved songs have been streamed nearly 100 million times and counting.