The Tim O’Brien Band Reaches Beyond 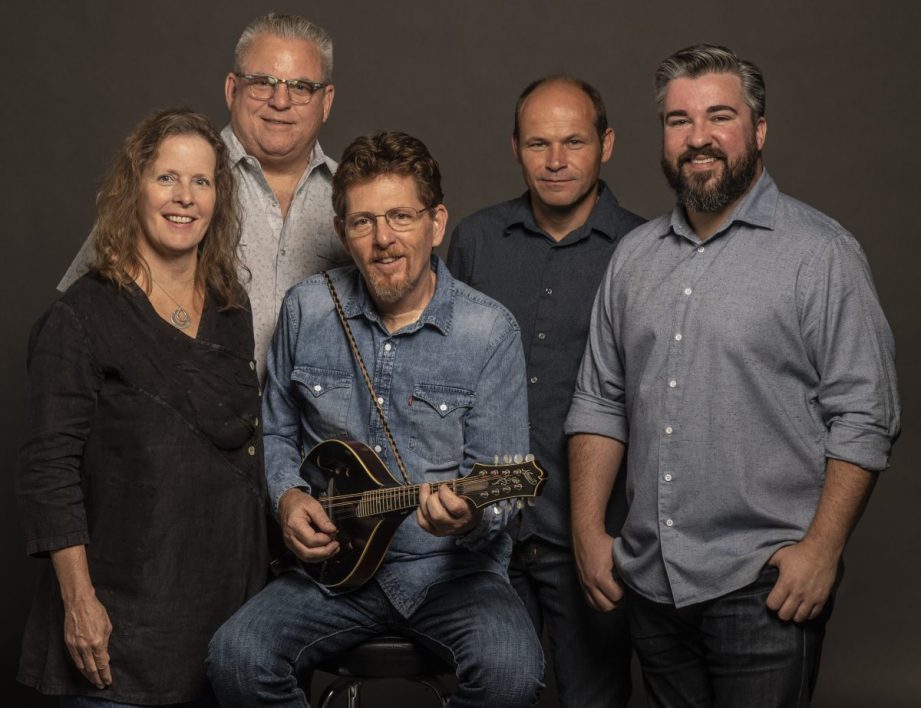 Tim O’Brien is only half-joking when he acknowledges, “You know, I have not been known to show up with the same people from date to date.” True enough, considering he’s been with Hot Rize for four decades, played mandolin and sang on the first Earls of Leicester album, issued numerous collaborative albums with family and friends, and carved out a career as a Grammy-winning folk artist. Along the way, he’s also produced notable roots artists ranging from the Infamous Stringdusters and Yonder Mountain String Band, to Kathy Mattea and Laurie Lewis. His multiple IBMA Awards include two trophies for Male Vocalist (1993, 2006), and another for the 2006 Song of the Year, “Look Down That Lonesome Road.”

That road is less lonesome now that he frequently travels with his partner, Jan Fabricius, a mandolin player and singer who makes her leap into professional music with O’Brien’s new album, The Tim O’Brien Band. In an effort to find players adept at both Irish and bluegrass music, the impeccable ensemble is rounded out by Mike Bub on bass, Shad Cobb on fiddle, and Patrick Sauber on banjo and guitar. Released one day after O’Brien’s 65th birthday, the project leads O’Brien and his colleagues toward tour dates in his native West Virginia… and beyond.

O’Brien invited The Bluegrass Situation into his music room for a chat about being a traveling musician, a songwriter and (much to his surprise) a role model.

BGS: Pretty early on this record, you have some traditional tunes. Why did those songs seem right for this album?

O’Brien: Let’s see, we’ve got “Doney Gal” and the two reels, and we’ve got “Pastures of Plenty” – I guess that’s traditional now. You know, I didn’t write a lot of songs this time, and I revisited one that I recorded before. I had recorded “Crooked Road” solo in the past, but I thought it would be really good with a band, and I wanted to hear that. I was happy with the way it came out.

Whenever I started doing gigs on my own in coffee houses, I always mixed it up with traditional songs and covers and my own tunes when I started writing. So it’s kind of a continuation of that. It’s my style of making a record. I’m itching to write some songs, but I didn’t do it much this time.

When you need to round out an album, how do you decide what to record?

I go to the CD shelf over there. Nowadays, I glean ‘em every year and I get rid of the ones that I know I’m never going to listen to much. The ones I keep going back to, there’s often something on there that makes me go, “Oh yeah, I love this song. Maybe I can sing this song…” And I’ll try it. I have one of those Moleskine books that are filled with lyrics of songs that I want to know — and I’ll write the lyrics of the ones that I’ve just sung on a record and need to remember.

I have to say, I’m touched by your rendition of “Last Train from Poor Valley.”

Oh man, Norman Blake is my hero! I saw him first probably in 1972. He was on that first Will the Circle Be Unbroken record and some other friends that were playing bluegrass already knew about him. They had that first Norman Blake record, which came out around the same time. And when I started playing with Hot Rize, we’d play these festivals and we would meet up with him. We got to be friendly and it was like a regular ol’ friend that you’d see. That’s the great thing about the touring community. You see people week to week in the summertime months. That’s why it’s nice to live in Nashville. I used to go home to Colorado and you wouldn’t see those people in the grocery store or the post office. [Laughs]

Norman and Nancy are old friends, and I go back to see them every now and again in recent years. Their music is just so different from what I do, and what Hot Rize did, and yet all these years later, it’s a lot closer. Even though it’s still very different, it’s a lot closer than a lot of the other stuff that’s going on. But I just love the sentiment of that song, and I knew that song from when his record came out. I like to pay tribute to somebody like that. He’s not on the circuit anymore and I don’t want him to be forgotten.

I like the feel of “Beyond.” It sounds to me like a hero’s anthem. What was on your mind when you wrote that?

I had the idea of writing something about, “Let’s get beyond the day to day.” It sounds like a gospel thing, and it fits in there, but if you could find enlightenment within your daily routine, or just get past the stumbling blocks that frustrate you and say, “Hey, man, things are going to be fine… We can go beyond this and look beyond this.” And maybe if we can live there, we can live life more freely while you’re going about the day-to-day.

Do you consider yourself an optimist?

I am an optimist, yeah. Musicians have to be! [Laughs] My friend Chris Luedecke – Old Man Luedecke, a guy I’ve produced some records for and toured with – he says, “Man, we’re the ultimate optimists. We keep getting up in the morning and trying again.” I suppose everybody does it, if you define it that way. We’re all optimists. But yeah, I’m an optimist and I think it’s possible to change, it’s possible to rise above your problems and get around ‘em somehow, and get beyond.

What is your response when younger musicians see you as a role model?

It’s a funny evolution. I guess it’s happened, that I’ve become this role model. It surprises you, but if you look at who my role models were, a lot of them aren’t there anymore. That means I’m getting closer to the checkout line, so I’ve become a role model because I’m still out there doing it. So I guess it’s an honor, but it gets to be intimidating to continue, because you think you’re not coming up with your best stuff all the time, and you wonder if you can even show it.

Hot Rize is that way. It’s hard to go and record a Hot Rize record because of nostalgia. People look at Hot Rize’s repertoire and go, “Sheesh! There are so many great songs!” But it took, I think, eight records to get all those together. It sort of magnifies things in a funny way, and it will intimidate even yourself, as you’re trying to repeat yourself. Hot Rize can repeat ourselves, but the idea of putting a new record out was like, “Oh man… we really need to be good! We better be as good as all that.” You do a lot of soul searching and you take it more seriously.

I wanted to ask you about writing “Hold to a Dream,” because that song has done well for you – it’s something of a standard, I would say.

“Hold to a Dream” is a good one. I had been into Irish music for a while, and that seemed like an Irish tune. The lyric is not necessarily very specific about anything. It’s a love song, I guess, but it’s like the theme of “Beyond” — it’s possible. We can get past everything and we can still do well. I like that one because it’s got a little rhythm, it’s got a little instrumental bit, and it’s got a little bit of a message – and it’s fun. And it’s got a nice chord progression. [Laughs] …

What I’m surprised about some of the songs that I’ve written that have translated so much, there is nothing heavy about them. But people are distracted by music and then they are allowed to think about other things while they are listening to it. And just a few words will suggest something. I think songs like “Hold to a Dream,” or other songs where there’s an instrumental section, lets people go, “Ah, yeah… hmm….” (laughs) You start singing and they might start thinking of something else.

Newgrass Revival does a magnificent version of that song, and you’ve also had cuts along the way by Garth Brooks, Dixie Chicks, Dierks Bentley, Kathy Mattea, Nickel Creek, and others. As a songwriter, what is that like to hear something you wrote come to life through another artist?

It’s really flattering when anybody sings your song, if they want to. There’s a monetary reward, which is nice, but mostly you’re just flattered. Then you realize, OK, what I’m doing is valid. It means something, so continue. That carrot is the one I really want to catch, knowing that what you’re doing is worthwhile.