The Transatlantic Sessions Hop the Pond for MerleFest 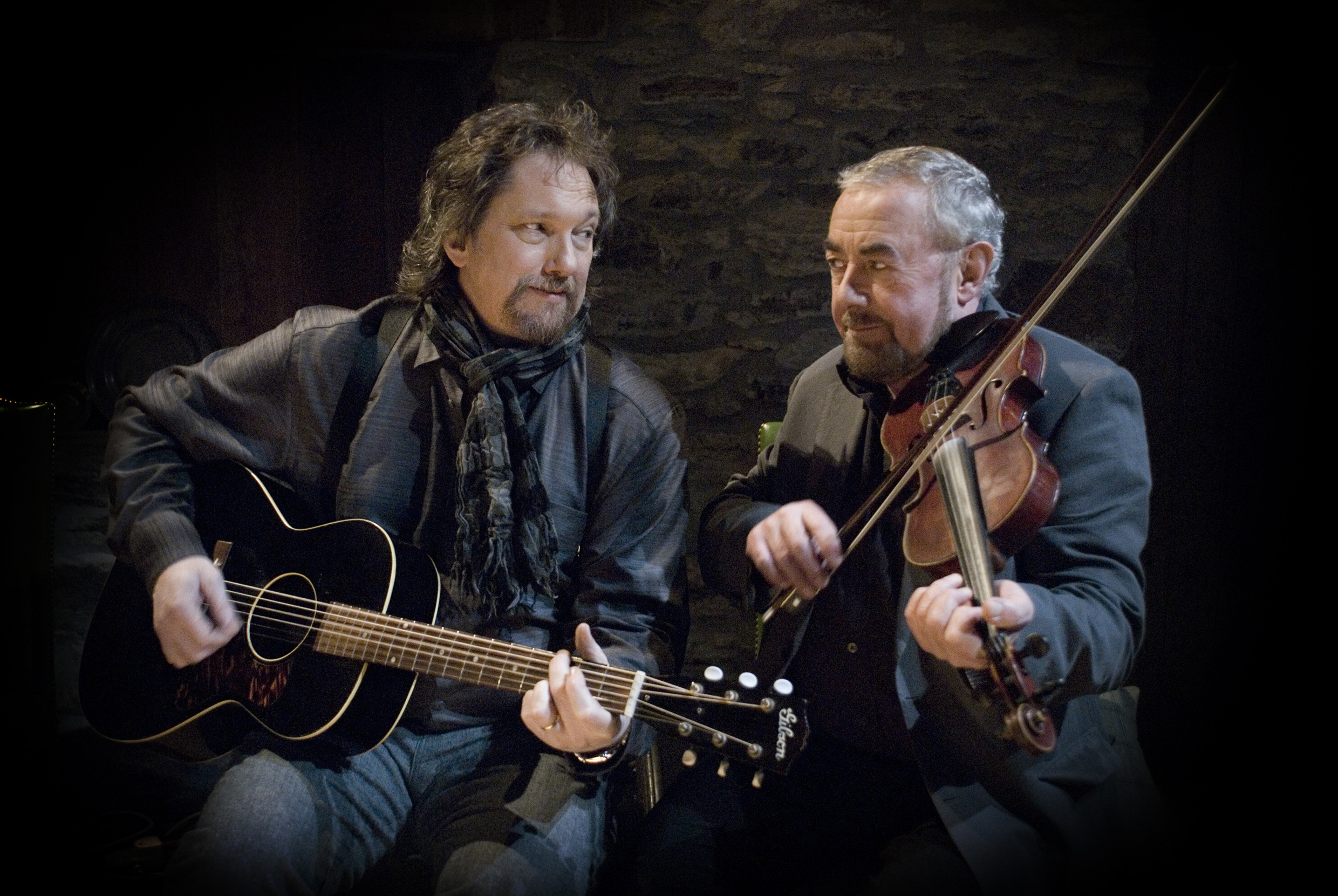 Named in honor of guitarist Eddy Merle Watson, the 30th anniversary of MerleFest is taking place on April 27-30 at Wilkes Community College in Wilkesboro, North Carolina. Flat-picking legend Doc Watson founded the annual four-day festival in memory of his son, highlighting music that embodied the “traditional plus” moniker he ascribed to the genres they played together. Every lineup since has included a range of styles from bluegrass, folk, and old-time to jazz, roots, and blues. Keeping in line with this multi-genre approach, a special collaborative production is making its U.S. debut on the MerleFest stage this year: The Transatlantic Sessions.

The Transatlantic Sessions began as a series of televised musical performances produced by the BBC that brought together accomplished UK and North American roots musicians to play music from Scotland, Ireland, England, and North America. Since its inception in 1995, a total of six sessions have been recorded in various locations in Scotland and subsequently released on CD and DVD. Under the direction of dobro extraordinaire Jerry Douglas and Scottish fiddler Aly Bain, the core group of musicians who comprise the Sessions’ “house band” took the Transatlantic Sessions on the road throughout Ireland and the UK, rotating special guests in and out along the way.

“We all have so much fun with each other that we’re all kind of like a family at this point, after doing this many shows,” says Jerry Douglas. “And I think we have about 250 songs filmed and recorded in the can, and it’s quite a legacy for me and for everybody involved.”

So when the organizers of MerleFest approached Douglas and asked if he had any ideas for a special set for the festival’s 30th anniversary, he immediately thought of the Transatlantic Sessions.

“I wanted to bring it over here because people would completely get it here, you know, because of all the Scottish people and the Irish people that have immigrated to this country and are such a big part of it and have a lot of that blood running through their veins,” Douglas says. “And a lot of old-time musicians, especially at MerleFest, that music there, that was created in Scotland. So it’s nice for the people who live in North Carolina. I mean, you have a Highlands in North Carolina that still has Scottish games. And so there’s a huge connection between this country and Scotland and Ireland.”

“It’s all about collaboration — this whole thing — so the American guests, I tell them, ‘Just think transatlantic.’ You want songs that these musicians can relate to or you can hear them playing some version of some song of yours,” Douglas explains. “It’s the transatlantic style. You rehearse for that and some of it you remember and some of it you wing, but it’s always in the same spirit and it always turns out just great — everybody’s smiling. It’s a smiley kind of music. And then the Celtic guys, Aly [Bain] and Phil [Cunningham], and the fiddles and the pipes and all of that, when all of that starts going, it’s like blood-boiling music; it’s like viking music. But we’ve all got a little bit of that in us somewhere and it just kind of brings it to the surface, and it’s just impossible not to smile and not to just have a really great time.”

Seminal Irish guitarist John Doyle has been part of the Transatlantic house orchestra since 2000.

“One of the most beautiful things about it is, you get people who are very, very high up in the musical world to come in and play … and you’ll see them kind of be tense because there are 14 people looking at them going, ‘Okay, what do you have for us?’ But by the end of the first day of rehearsals, it’s just great fun,” Doyle says. “We just have a great laugh and enjoy ourselves and it’s become something more than music. It’s a collaboration of ideas and a collaboration of souls, in a way, and that’s what we love about it and that’s why we keep coming back to it because there’s something undefined about it that we can all sit down together and play music from any culture because it really is true that music goes beyond boundaries. And that’s the beauty and the joy of it: We communicate through music.”

The Transatlantic Sessions will make its Stateside debut on the Watson Stage at MerleFest on Friday, April 28, with musicians from the band playing additional sets throughout the weekend. Tickets for MerleFest 2017 are on sale now and may be purchased at MerleFest.org or by calling 800.343.7857. An advance ticket discount runs through April 26, 2017. Gate pricing begins on the first day of the festival.