Them Coulee Boys Find Their Muse 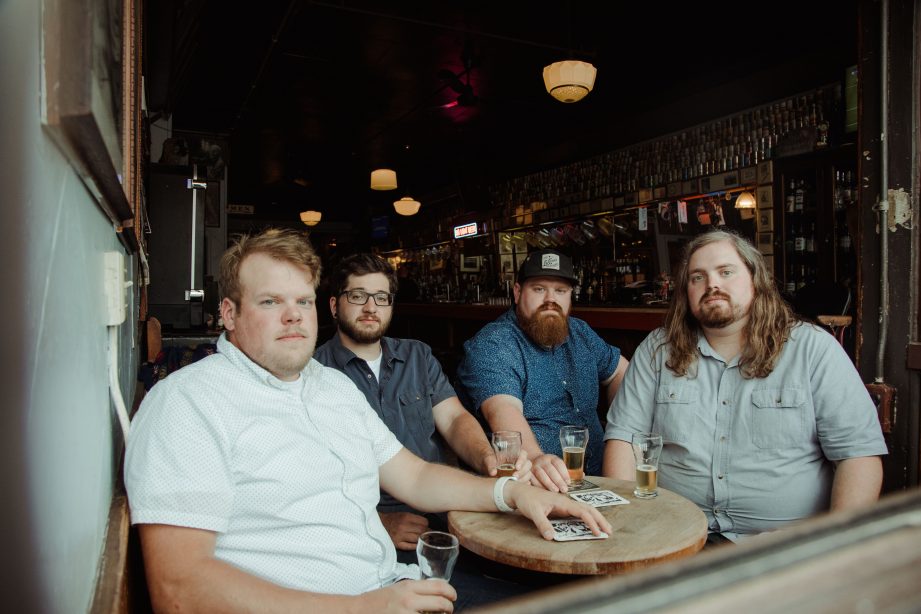 The tendrils of Them Coulee Boys’ bluegrass roots have often reached out into the realms of punk, rock ‘n’ roll, and beyond. Die Happy, the newest album from the Eau Claire, Wisconsin-based string band, is a beautiful and introspective journey toward finding community in our human imperfections. Produced by Dave Simonett of Trampled by Turtles, the project stands out for its sonic consistency and deeply personal, yet relatable lyrics. A phone interview with lead singer Soren Staff revealed the story that Them Coulee Boys wish to tell with the record.

BGS: Describe the experience of making this album. Were there any particularly challenging, rewarding, or memorable parts?

Soren Staff: Well, we recorded at Pachyderm Studios. The whole history of that place is insane. We made the record 25 years to the month from when Nirvana was in there making In Utero. Seeing pictures from that time and it looked exactly [the same]; in the middle of January, so a bunch of snow. That in and of itself — and hearing about the other people who recorded there — brought a certain weight of, “This is something completely different.” We’ve recorded in living rooms, and farm houses, and small do-it-yourself studios so this was definitely a whole different thing for us.

Explain the band’s relationship with Dave Simonett. How was creative control shared between the band and the producer?

I would say there’s a little bit of both [taking control]. The reason we really wanted to work with Dave was that he’s made all of those great records with Trampled by Turtles being the bluegrass band, which is where we started, and he’s also made some great rock ‘n’ roll albums with his Dead Man Winter project. We try to straddle that sound a little bit and made sense to have that on there. He has experience with both of those sounds so when we wanted a little more of “this” or a little bit of “that,” he knew what we needed. I think the big strength with Dave’s production was giving us some agency over our own work.

We’ve always been confident in what we wanted to do. We’ve always had a big vision for what we wanted to make, but you get in a studio with a guy like Dave, who, we had met him in the past and had nice interactions with him, but he’s still the dude that I once waited like six or seven hours in line to see. It was one of those kinds of things where I think he knew that we saw him in a certain way, and he used that to inspire a little bit of confidence in us.

Once we got to that mode we became really comfortable with him, like an idol turned to a friend. It was a cool energy, because we obviously had tremendous respect for him. It was hands-on, in that he knew when to assert himself, but also hands-off in that he knew what we wanted was what the project needed. 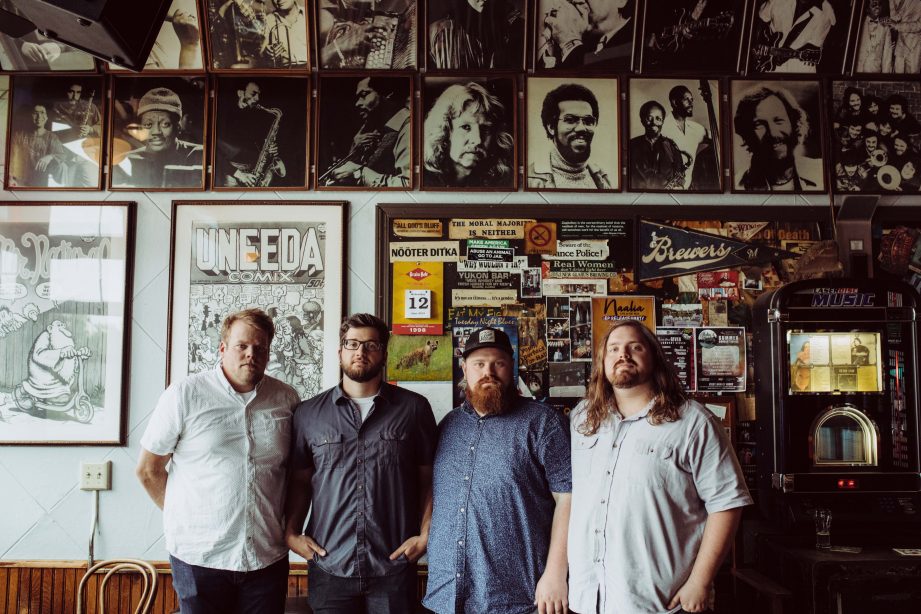 Was this album written in a condensed time span, or over a longer, drawn-out series of experiences?

I would say it was more condensed. Our first record was just everything I’d written up until that point, then the second record had leftovers from that record and a few others I had written to add it all together. But with this one, I had gone through a breakup … and was searching for something.

Before this album was called Die Happy, we were going to call it “My Anxiety & Me,” which is the last track. It’s framed as this journey. The first few tracks are alluding to, “I’m going to win somebody back. I’m going to get to this place and get us back to where we need to be.” With this record the whole writing process started as me processing this relationship and processing what happened, and it came more to an acceptance of myself and my mental illness. Trying to come to grips. And not in a negative way, but in a positive way that, “This is me, and this is a part of me that I can navigate.”

It was definitely a record that was all written in this one point in time and that definitely shows through a little bit. All the songs have references to each other, and it’s all that same moment for me.

Did that theme evolve throughout the process of making the album?

This is the most I’ve ever planned what I was going to talk about. I write about what comes to mind at the moment when I’m trying to write, but when I started writing for this one I was noticing a lot of common themes and a lot of common ideas. I did want it to be about that self-acceptance because that was something that I was working on personally in my life. Trying to get to that point of being OK with what I was and what I am. It started as trying to be a collection of those kinds of songs, and then sonically we had some fun stuff going on, so we wanted that theme to come through in the music as well. We’ve always wanted to be this kind of band. I don’t think we were capable of it in the past, but I think we’ve grown into what we wanted to sound like.

Is there any particular song that you believe sums up the message of the entire album?

The last one, [“My Anxiety & Me”]. … It’s not a single and we recorded that song with just one mic and the room mics. It doesn’t have that shiny production or the sound of the rest of the album, but lyrically that’s what we were getting at. That song is about accepting who you are and realizing that a lot of those low points are going to help you get to where you need to be. I wrote that while we were recording. It was the only thing that I hadn’t written [yet], because I knew that was going to be the last song we recorded, so I wanted to live in that moment and write in that moment. It summarizes a lot of what I’m trying to say.

Has the new album changed the dynamic of your live show?

We’ve gone to full-time having drums. In the past we toured as a four-piece: banjo, guitar, bass, and mandolin. So now we’ve actually gotten a little louder live, but we also try to strip it all down because you play those rock songs and then strip it all down to nothing and play songs like “My Anxiety & Me” or “5’6” Monument.” Putting those in the live show has given us a different wrinkle. We’ve always had those kinds of songs but haven’t really played them because we’ve always been hired to play the big, fun, exciting stuff. It’s fun to show a different side of us every once in a while.

If you could pick one setting in which to listen to this album, where would it be?

There’s this bar in Eau Claire called The Joint. It’s this townie bar where all the musicians hang out, all the art kids from the university, all the old fogies. It’s got the cheapest beer and they’ve got this 25-cent jukebox. I would love for that to be the first place I actually listen to it. I think that would be such a great place to finally sit and take it all in, because it’s a place I love.

It’s a record, that, while it’s a personal journey, it’s asking — like in that first song — “Is it just me … or does everyone else feel this way?” It’s about seeking community in the stuff that we keep to ourselves, so I think being in a space like my favorite bar would be a perfect place to listen to it.

How has your sound evolved between this album and your previous one, Dancing in the Dim Light?

We’re more conscientious of our tone and how it all fits together. We’re louder now in some moments because of the drums but we’re quieter in other moments. We care a lot more about the tones of what we’re doing and how it all fits together than we have in the past. This is a much more cohesive sound. I think that’s the biggest change. We care more about it all fitting together than “let’s get as many great songs as we can.” Not that these aren’t great songs, it’s just that we wanted them all to fit together more.