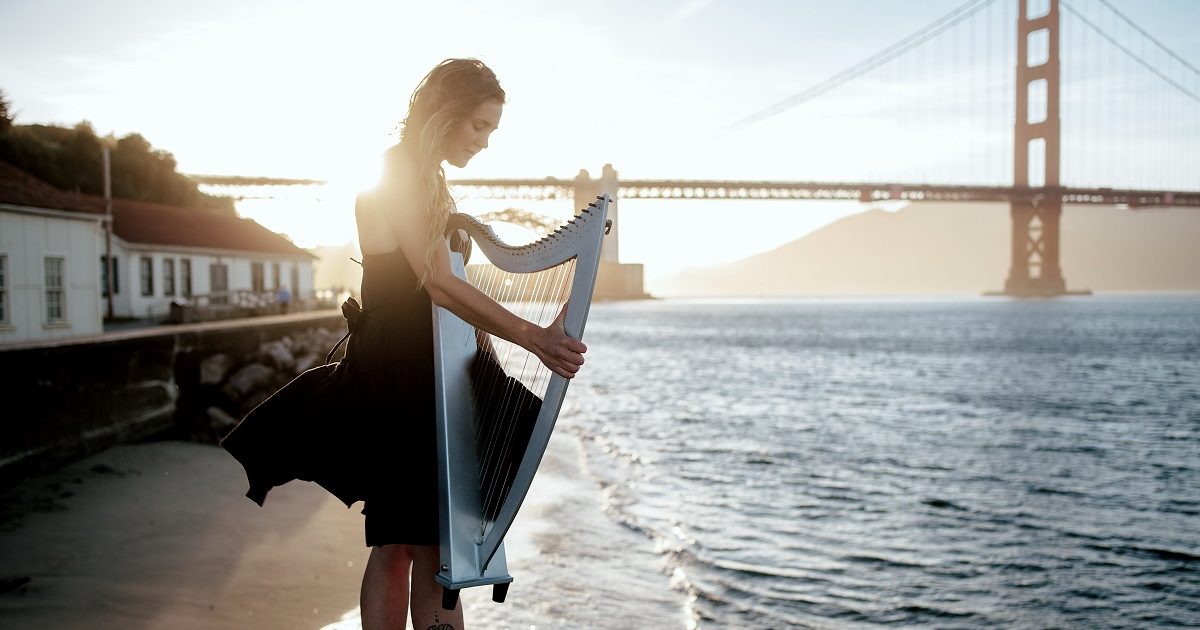 In Their Words: “‘Sunshine and Roses’ was the first song I wrote on the harp you see here (which I designed) a few days after its completion. I had just found out one of the big, blobby televised talent shows was auditioning nearby and I thought it would be hilarious if I wrote a song that sounds super happy, a la kitschy harp stereotype, but was actually miserable and about depression. Don’t think they thought it was funny and I didn’t get a call back, but I did get a song that has become increasingly significant for me on my personal journey with depression. ‘Sunshine and Roses’ was my way of allowing myself to admit that I’m not ok all the time, and that in itself is ok. Depression doesn’t care what ZIP code you live in, or how happy your life seems from the outside, and I think mental health is important to address because while it can feel extremely isolating, it’s part of many, many people’s lives. For me at least, that thought helps, if only a little.” — EllaHarp