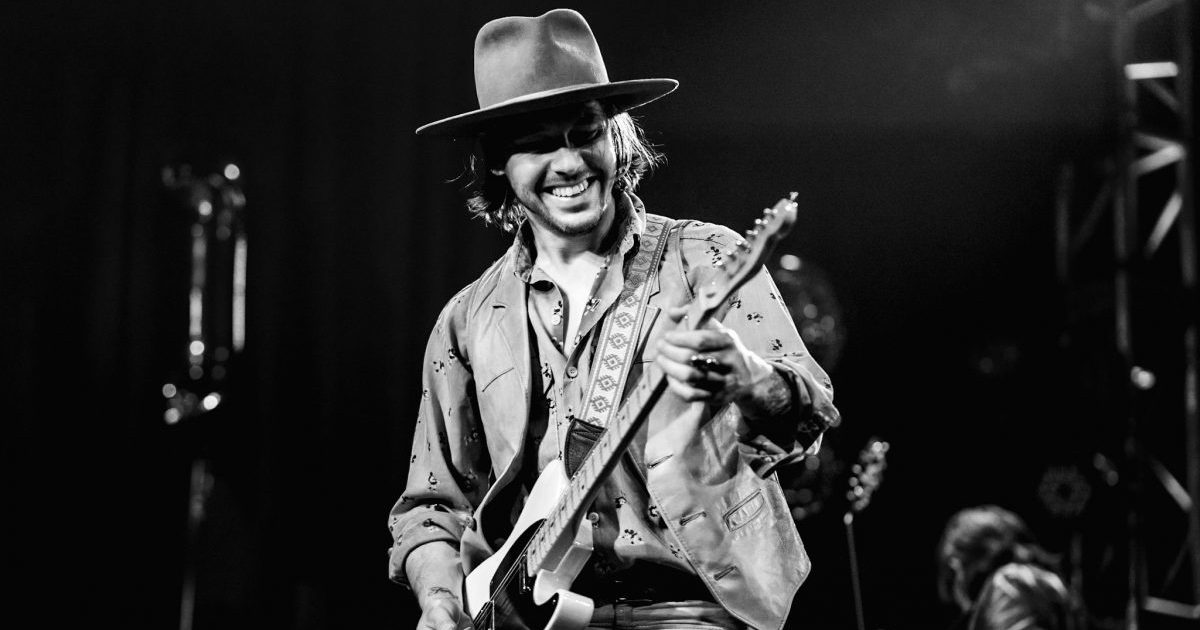 In Their Words: “The first time I played the Paramount Theater in Austin, Charlie Sexton picked me up and took me over to the venue. That night, he asked if I’d heard of Magic Sam. Sam had died while young, so there aren’t many videos of his live performances. When Charlie played me the video of Magic Sam playing this electrifying riff on Earl Hooker’s guitar, I was just floored. From a guitar player’s standpoint, it really incorporates a lot of the stuff that I love, like fingerpicking. It’s a really uptempo, hypnotic trance-like riff. When I got home, I took to trying to figure this riff out. It took some time because it’s so mysteriously hard to play.

“As I was doing that, I started jamming it with the band at soundcheck. I became so fond of it that I decided to put down some words. It was a bit of an abstract version, mixing different ideas together. It’s a take on that blues type of character in Texas, playing the dancehalls. It’s more of a boogie, and it doesn’t have a chorus. We did a studio version, and this live version came about while playing a private party at Arlyn Studios. I brought in a videographer and ran with it. I’m happy with how it turned out and found it was compelling. Glad to get it out there into the world!” — Jonathan Tyler