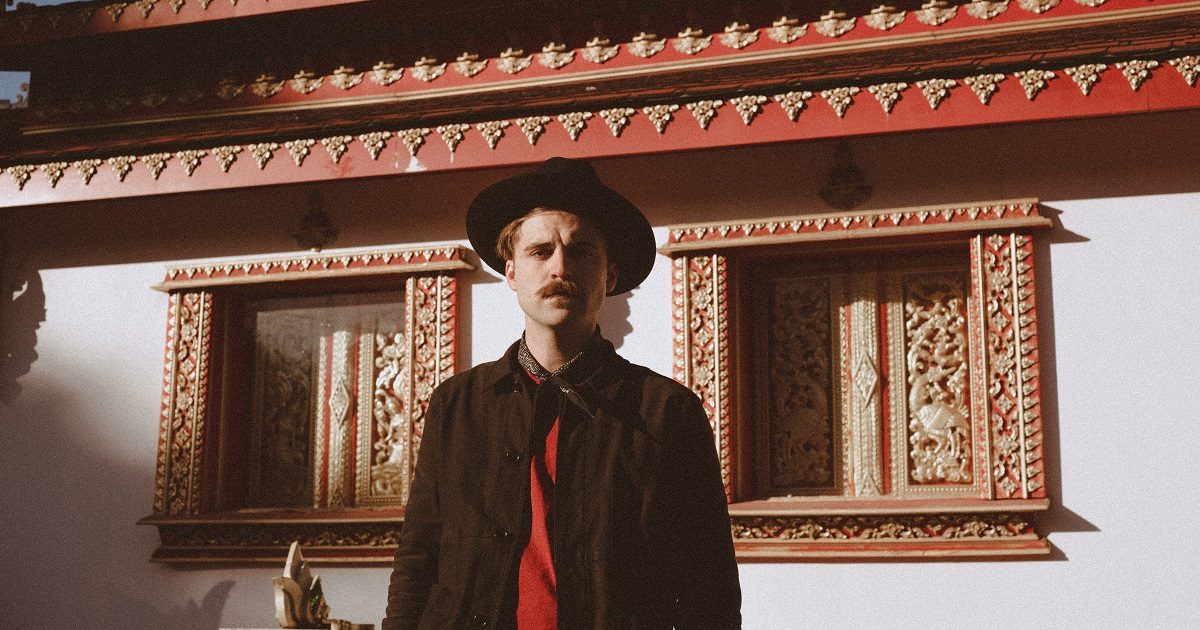 In Their Words: “As I have continuously sought to do with my writing, this song is an exploration of duality and juxtaposition. It’s about the courage to accept love as a gift, even against the backdrop of a dog-eat-dog barter culture. It imagines a world where the mighty Universe itself stoops to your level, cigarette in hand, to affirm who you are… to say, ‘Honey, you beat all I’ve ever seen.’ I wanted the video to visually represent a similar dichotomy, but I also wanted to give voice to someone else, to hear another story about what acceptance of self can look like — and to perhaps, with reverence and nuance, challenge us all to be more accepting of others. I threw the reins to Queen Robert and Gabriel, and I got out of the way.” — Kirby Brown, artist

“I was refreshed by the concept of God [as represented in Kirby’s lyrics] being visually represented by the duality of drag. Religious ideologies of God and wrath have historically oppressed queer people for centuries — I have felt that fear and oppression firsthand. Appearing in this video presented me with the opportunity to confront those fears while challenging a new audience with ideas about masculinity and femininity. I admire Kirby and Gabriel’s risk in taking an otherwise heterosexually-dominated music genre and infusing it with some queerness. Some people will love what we’ve done, but some won’t be ready for it. Those with open minds will make the connections within the dichotomy presented. Regardless, If God is THE almighty, then drag queens are a close second — just look at Dolly Parton!” — Queen Robert, actor

“Being asked to direct the video for Kirby’s song ‘Justine’ was a true gift, made even more special when Kirby told me his concept. He asked me, with genuine concern and empathy, if it felt appropriative to utilize this decidedly queer form of art as a cis straight man. I reminded him that, though I’m married to a woman, I am a queer person still. This was a generous opportunity for me to own my queer identity through his song and this video. The shoot itself was an embarrassment of riches. Kirby shared his song and in turn we were able to share ourselves.” — Gabriel Barreto, director