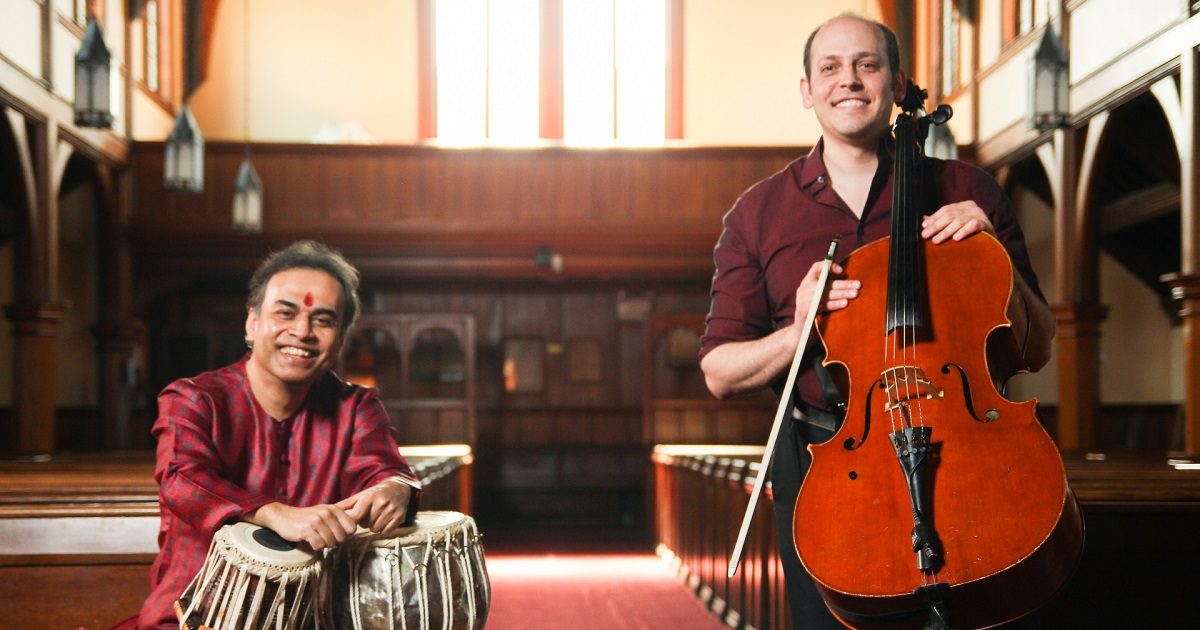 In Their Words: “‘Glory in the Meeting House’ is a traditional Appalachian fiddle tune, learned via Kentucky fiddler Luther Strong, who recorded it for Alan Lomax in 1937. In addition to adapting the fiddle melody for the cello, I changed the tuning of my instrument to create low drone strings in the key of E, to broaden the rhythmic texture surrounding the melody. This track also marks the the first time in Sandeep Das’ career that he has experimented with using two separate tablas tuned to different pitches, creating an untraditional percussive texture with multiple pitches. The energy of the piece captures the spontaneity and friendship Sandeep and I feel, as we learned from each other’s musical traditions.” — Mike Block