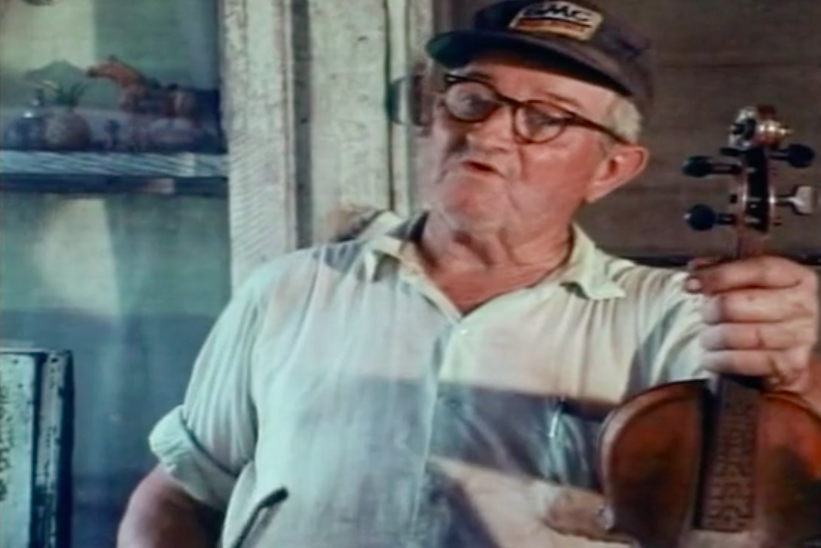 There's nothing quite like a great, vintage documentary. And one about bluegrass? Well, that's documentary gold, in our opinion. So we were pretty excited to find That's Bluegrass, a late '70s/early '80s documentary that explores the genre's front porch origins and features footage of Jimmy Martin, Ralph Stanley, Lester Flatt, and more.

Director John G. Thomas captures the landscape — physically, in beautiful shots of Appalachia, and spirtitually, by showing the deep roots of the genre's community — through 53 minutes of live performances, candid interviews, and behind-the-scenes footage. Highlights include a young Marty Stuart playing mandolin for Lester Flatt, some insider scoop on Earl Scruggs wanting to hire a guy named "Bill" (that's Monroe, for those of you playing along at home), and footage of Dr. Ralph Stanley, now 88, back in his younger years. Performances include "Foggy Mountain Breakdown" and "The Ballad of Jed Clampett," the latter of which you likely recognize from the classic television show The Beverly Hillbillies.

It's so good that Rhonda Vincent herself stumbled upon it, posting a link to Facebook and citing one of the film's best moments — Lester Flatt singing the theme song for Martha White baking products. The documentary also contains the last filmed interview with Flatt before his 1979 death from heart failure at the age of 64.

Check out the trailer and watch That's Bluegrass in its entirety over at Vimeo — a couple bucks if you want to rent it, a few more if you'd like to make it yours forever.