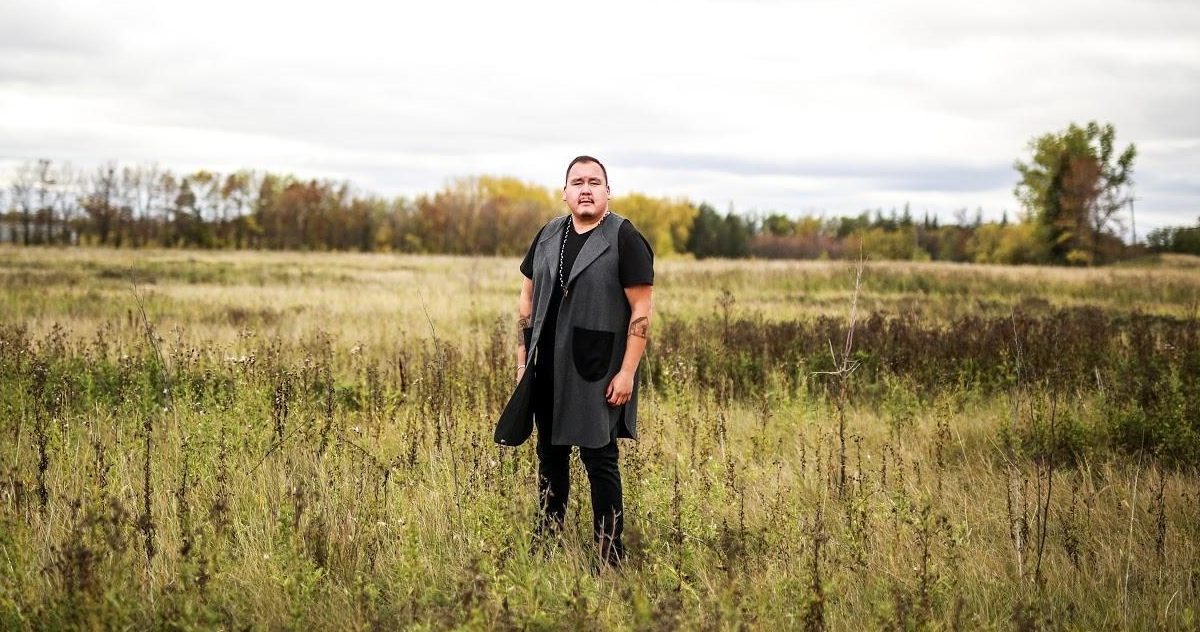 When Canadian songwriter William Prince cites his influences, there’s one that is particularly surprising: The Mighty Ducks, a feel-good hockey film from 1992. In one pivotal scene, the kids on the down-and-out team get all-new equipment — a cinematic turn of events that Prince has never forgotten from his childhood.

“It moves you in an interesting way. I’ve always gone back to that,” Prince says during a conversation over coffee in Nashville. “That’s one of the first feelings of joy for another that I remember taking on as a young person. Like, ‘Oh, man! That’s great for the disenfranchised hockey team to get that!’ I was a hockey player and loved it – I knew that feeling, I shared that. And from then on, it was about creating similar encounters with people. That’s what these songs are.”

Raised in the community of Peguis First Nation, Prince grew up listening to Kris Kristofferson and Johnny Cash, as well as the gospel records his father recorded independently. For years Prince barely skated by with an unwavering dream to make it as a performing songwriter. By the end of 2015, he’d released the album, Earthly Days, which led to a Juno Award for Contemporary Roots Album of the Year in 2017, and ultimately the opportunity for an American reissue in 2018 with a new track, “Breathless.”

Five years after Earthly Days, he’s currently in a good spot after grieving the death of his father, getting over a breakup with the mother of his young son, and settling into a stable life in Winnipeg. A keen sense of maturity and perspective informs his newest album, Reliever, but the overwhelming emotion in lead single, “The Spark,” is quite simply love — a reflection of his new relationship and a still-burning passion for making a connection through his music.

BGS: It seems to me that you are writing from a lot of your personal experience throughout Reliever. How much of your own life is in these songs?

WP: Ah, it’s everything. I say it’s just a presentation of different thoughts while going through a plethora of things. Change, transition, all of this. The ever-changing landscape of this adventure we’re on now, making music all the time.

What was that transition like, from wanting to be a musician to now being a musician?

I think I was always a musician, always an artist. People tend to make it become about the album itself: “If I just had a record, I would sell CDs and be an artist.” Or, “If I just had more shows, I would be a musician and artist.” The thing I’ve learned now is that it’s all the time off of the stage. It’s all the time working on the stuff, building it, and the moments in between those short 45 to 90 minutes on the stage. That becomes the smallest part of the whole artist/musician illusion. You are living it all the time. That’s the thing — you will become what you put your greatest effort into. Just writing songs and wanting it that much, you eventually end up with what you dream about.

What took up the most time for you, do you think?

I was going to university for a lot of years, trying to find a path into medicine. I took my entrance exam for college and didn’t get in for the first round of the med school applications. I ended up working on the radio as a morning host on an Indigenous radio station that runs across the country. I was kind of staying alive while working on the songs. I was still finding my voice and how I wanted to build the songs, in a way. It’s all the time spent building. I knew there was going to be one chance for one good first impression, so it was important for me to collect the right things. I’m glad now that it didn’t work out back then. I don’t think the record I made at 20 would have been the record I made at 29.

I’m curious about your First Nations background because I’d think it would give you a different perspective than other songwriters. How has that shaped your musical approach, do you think?

I grew up on a reserve where the conditions are as bad, and sometimes worse – and sometimes better – than what you hear the conditions are for First Nations people in Canada. I was always just singing songs about my family, you know? I never really considered our heritage, in a way. These are songs about loved ones, and that transcends everything – who we are as a family, who we are as a people.

Things can be pretty rough in this living situation, like a house without running water or going to shower at your brother’s, or borrowing jackets because we just couldn’t afford certain things sometimes. When that [burden] is taken off your shoulders, like worrying about how to pay for the place you’re living in, to having groceries and an abundance of things now, it’s been the greatest perspective [going from] the quiet reserve life, to living a life that’s prosperous and doing something you love every day. So that influence and perspective is what it’s given me, for all things.

I don’t have kids, but the songs where you reference your son are very touching. How old is he?

He’s three and a half, and that’s a delicate line to walk. You can get “aw shucks” and then it doesn’t resonate with people who don’t have children. For you to say that is an affirmation of a job done in a direction that I hoped for. You don’t have to have children, but you can see that [the character in the song] takes really good care of what he cares about. That’s the message that I was trying to get across.

Yeah. A manual for being the kind of person that I’m trying to exit this world as — good and caring and thoughtful and empathetic and conscious of all things around you. People are quite fascinating to observe. That will never go out of style. That will never change in season. There will always be people living life and experiencing great things, and going through things. I understand that’s general, but I get asked this more and more: Where does it come from? What is this thing I’m doing? I’m trying to quantify it for people in a more satisfying way, but the truth is, I’m breathing every moment of it, all the time. Everything is a collection, planting and harvesting, I’d say.

I hadn’t realized that your dad made some records, too.

Yeah. I traveled with him when I was 13 to 17, setting up the amps and we sang songs at all the funerals and wake services, all those traditional hymns. Which is essentially Hank Williams music — it comes from that kind of place. So having that in the center taught me basic structure. Somebody once said there was antiquity within my songs, which is a cool feeling, like you appreciate an old kettle that’s lasted 60 years. That frame for songs is in my life because of that gospel music.

Did all of these songs come to you over the last four years?

Funny enough, after writing through a number of things like grieving my dad passing, and a separation from my partner, and being a new dad and feeling that joy, and finding validity and success in this music thing that I’ve been trying for some time. So, all that is a wild blend to be taking in. I did my best to work through those things. I was writing in real time for a long time and those songs, as they aged, became reflective. They would blend with the songs I was writing in a period where I was past the grief and hurting a little more.

“The Spark” is one of the first half-dozen six songs I’ve ever written in my life. I kept it away because it used to be six minutes long and had this whole other side to it. I got a little nervous coming down to work on this next record with Dave, like, “I don’t know if I have any real love songs like ‘Breathless.’” I wanted something like that to share, and I thought of ‘The Spark.’ I quickly gave it a bit of a haircut and brought it in. Dave made his suggestion to save one lyric for the final line — “You’re the flame, the fire, and most of all you’re the spark.” And we had a song. Funny, too, how things start with a spark. Let’s get it going, now that people are looking. Let’s make it count.