With a Fighting Spirit, Town Mountain Branches Out on ‘Lines in the Levee’ 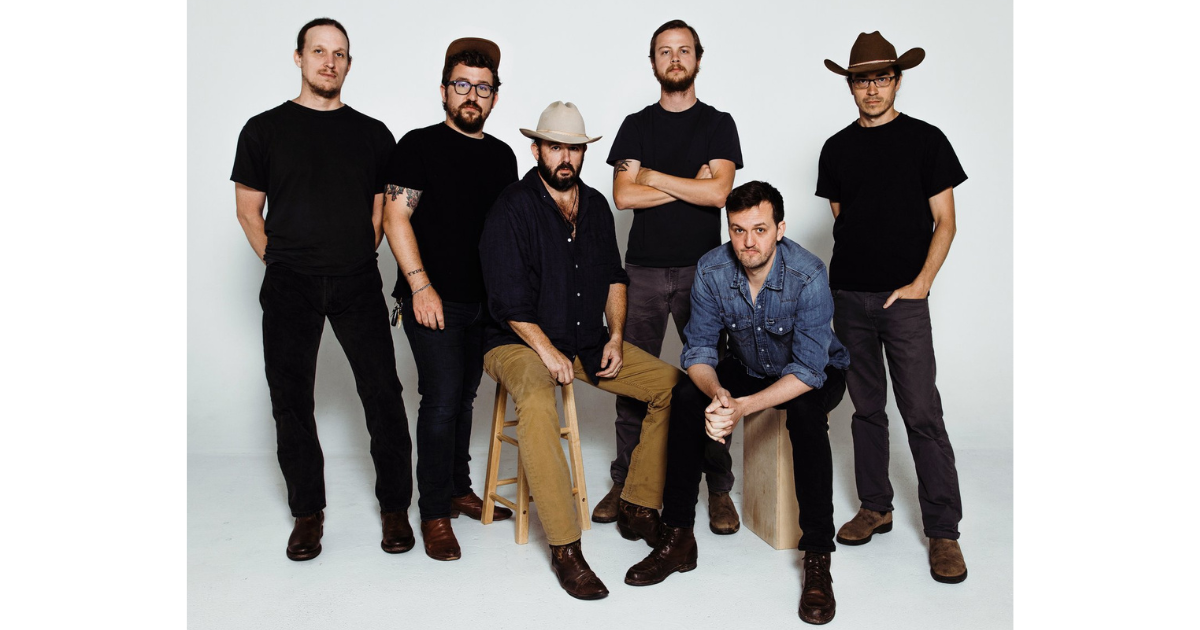 With its latest album, Lines in the Levee, Town Mountain has justified itself as one of the most interesting and promising acts in an ever-evolving musical landscape, with the quintet purposely blurring the lines between the Americana, bluegrass, folk, and indie scenes.

Known for its raucous live antics and “good time Charlie” attitude, the Asheville, North Carolina, group is a juggernaut of raw power and boundless energy onstage and in the studio — something that’s remained at Town Mountain’s core since its inception in 2005 atop a ridge of the same name in the city of its birth.

Lines in the Levee also symbolizes a milestone for Town Mountain as its debut release for famed Nashville label New West Records. For an entity that’s remained fiercely independent amid a longtime DIY mentality — whether artistically, sonically, or in its business dealings — the signing to New West breaks the band into the mainstream arena of possibility, nationally and internationally.

While navigating an industry that tries to pinpoint just what direction a band will go in next, Town Mountain charges ahead, come hell or high water. Recorded at Ronnie’s Place studio in Nashville, the album is a snapshot of where we stand as an American society, in sickness and in health, and each selection puts a mirror up to the face of the listener. Ultimately the project poses several urgent questions, the most important of which being — where to from here?

BGS: Lately, Town Mountain is really starting to crack into this different, unknown, and exciting level for the band. From your perspective, what do you see?

Phil Barker (mandolin): This is an evolutionary period for us, where we’re kind of moving into a new realm of soundscapes, this new sound for the band. It’s just a new place for us in the world of Americana or whatever you want to call it. It’s a bigger sound and bigger expression of who we are as artists and what we are as musicians.

I feel like Lines in the Levee might be the most true-to-form album of where the band is, and what it actually is tonally.

PB: Yeah, I think you’re spot on with that. You know, maybe in the past we tried to fit our songs into a formula, or a little more of a formula, given our instruments. But now we’ve let our instruments not define our genre, even though that’s still our voice and still what we speak with. We’re using bluegrass instruments, but in our own way, and trying to make our own sound. That’s really been the focus of ours since the beginning of writing our own material and doing original music. [Lines in the Levee] is just a further example of us trying to come up with a sound that’s our own, and hoping people enjoy it.

Jesse Langlais (banjo): Bands are built around a sound, so that kind of almost makes it what it’s going to be. We’re a democratic band, and sometimes nothing gets done because of it. But everyone has an equal say. You know, there’s the three of us (Barker, Langlais, and guitarist Robert Greer) that are the “business owners of Town Mountain,” but the other guys in the band, [fiddler] Bobby [Britt] and [standup bassist] Zach [Smith], are just as equal partners as anyone else. Everybody’s voice is heard, and that’s important to have a workplace environment like that.

The last thing you want to do is to fit a song into a box of whatever you think it should be — you want to serve the song. It’s about quality songwriting.

PB: Right? And we have done that in the past, feeling like maybe we had bought into the pigeonholing of bluegrass sometimes. We’re not the first band to travel down this road of taking bluegrass instruments and doing different things with it. But it was time to branch out, as musicians and as people, and see where the road takes us.

JL: We’ve been playing bluegrass for a long time, and it’s easy to get [pigeonholed] because of the love of the music, and then you’re just kind of choosing to be pigeonholed. And that’s okay. In some genres of music, it’s about preserving the legacy of the sound and whatnot. But we know for things to progress for Town Mountain, we’ve got to keep it fresh for ourselves, fresh for our fans, and to expand the fan base. Changing up the sound, then allowing more influences to come through in our live shows and in our albums — that’s what needs to happen.

So, how does that play into your songwriting? Especially on this album, it’s very clever songwriting — commentary on the fragility of where we are as a country, and people trying to make sense of all the noise out there.

PB: For sure. This album is the most personal record we’ve ever made. A lot of the songs are super autobiographical. We’re expanding on some social commentary, and just having the time to reflect on all that as a songwriter — if it’s on your mind that much, it’s going to come out in your writing. With [“Lines in the Levee”], that song is a reflection of the changes happening around us in society, where I wanted to capture the fighting spirit of people maybe feeling disenfranchised by everything that’s going on around them.

[During the shutdown], we had a lot of time to reflect on who we are as people, where we are as a band, where we are individually as far as a career in music or our place in the music business, the struggle we’ve been through to make a living doing this. Thinking back, I ran the gamut all the way back to when I decided to become a musician and try to do it full-time. It’s a commitment — to your art, and to priorities in life. And I feel I’ve covered a wide swath of who I am as a musician, and who we are as a band.

JL: If you go back and listen to our catalog, our recorded music, you’ll see that [social commentary] has always been splashed in there to a certain degree. We’ve always touched upon certain subjects on our albums, but it was never fully realized until now. Personally, for me as a songwriter, there were other things that I needed to say, and sometimes the thing you need to say doesn’t fit inside of a box [of an album], so you let it go. And we broke out of that box because we were always trying to still bear that flag of bluegrass music. We also felt pressured by the bluegrass community to do that, because we were trying to be part of different festivals and scenes.

But with this album, everything just clicked. It evolved, it moved into this thing that was completely a subconscious move. It feels good to not have to pander to any one audience. We can now bring whatever songs we want. It doesn’t have to be what Town Mountain expected a song to be eight years ago — and that’s liberating. I think we kind of maximized our potential within that [bluegrass] scene, which is not to say we couldn’t ever go back and be part of that scene, and maybe one day record a bluegrass album. Who knows? [Lines in the Levee] is for our loyal fan base and for the potential to bring new people in, who maybe didn’t necessarily like bluegrass music, but could get onboard with the acoustic sound.

What sticks out most about those early years starting out in Asheville and starting to tour around Southern Appalachia and beyond?

PB: Well, in the early days, there really weren’t any goals. We were just excited to get out, go across the country, see new places, meet people, and have fun playing music — that’s been the genesis of it. We feel like we were doing something exciting, let’s take it to as many people as we can. In those early days, we would be sleeping on people’s floors. We couldn’t afford to get hotels. Just some of the struggles we went through financially those first years. But we have always tried to figure it out. It’s a struggle, per se, but each year has been a little bit of progress.

What does it mean for y’all that the original core of the band — Phil, Jesse, and Robert — is still together and still “doing the thing,” to look over and they’re still right there onstage after all these years?

PB: It’s just a testament to our belief in each other. We’re all on the same page with our musical vision, and we still believe we can take this thing to new heights, to make it bigger and bring more people into the fold, to connect with more people. It’s hard to keep a band together, it’s real hard. But the fact we’ve managed to keep the core together for as long as we have is a testament to our musical friendship.