With a New Album About His Turbulent Past, Waylon Payne Makes It Through 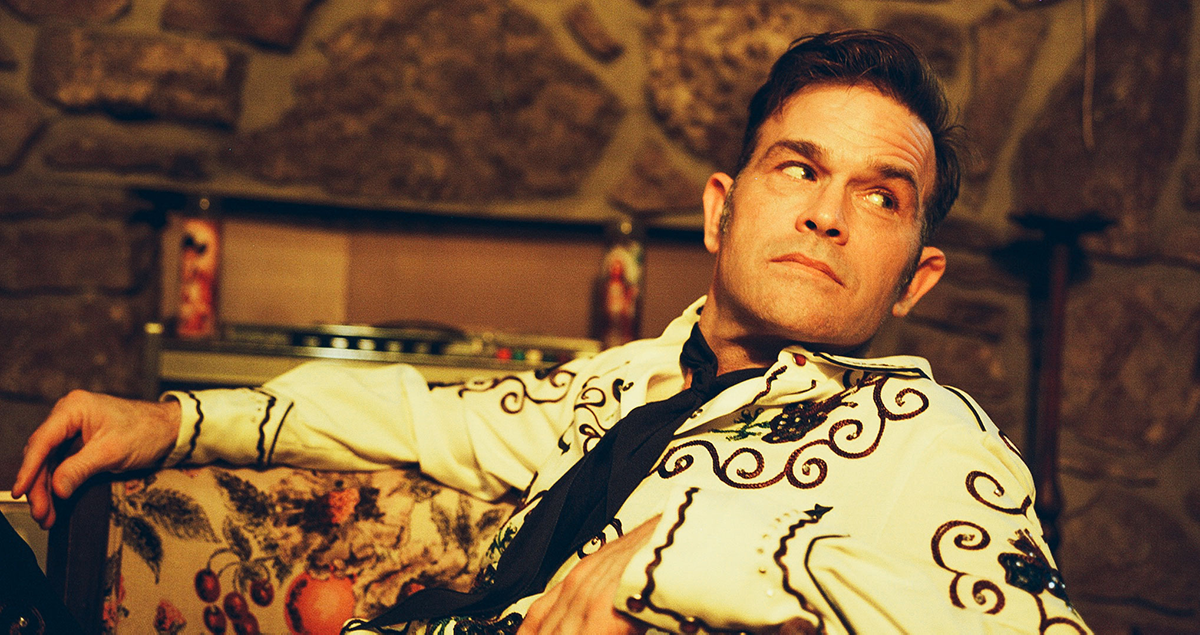 Roughly 20 years ago, Waylon Payne’s life had become enough of a mess that he’d been booted off tour by one of his closest friends. These days he’s in a much better spot, though many of the trials and tribulations of his 20s are woven throughout the narrative of his new album, Blue Eyes, The Harlot, The Queer, The Pusher and Me.

The 12-song collection emerged gradually on digital platforms three songs at a time, though now as a whole, it’s also available on vinyl, and it should fit neatly within his own album collection of Bobbie Gentry, Kris Kristofferson, Willie Nelson, and his late mother, Sammi Smith. His late father, Jody Payne, played guitar in Willie Nelson’s band for four decades.

With classic country music in his blood, Payne has had songs cut by songwriting partners like Miranda Lambert, Ashley Monroe, and Lee Ann Womack, yet Blue Eyes, The Harlot, The Queer, The Pusher and Me is uniquely his own story. “I’m extremely proud of it. Every song is mine, and every song is a story that I’m choosing to tell,” he says. “It’s been extremely freeing and extremely cool to know that I’ve made it out of a dire situation and that I lived to tell about it. That’s all I’m really trying to do, buddy, I’m trying to offer some hope and maybe a different viewpoint that people have heard before.”

BGS: What do you remember about the vibe in the studio while making this record?

Waylon Payne: It was a pretty interesting vibe. We cut it at Southern Ground, which used to be in its heyday the old Monument studio, which is where my mom cut “Help Me Make It Through the Night” and a bunch of her other hit songs. She did sessions when she was pregnant with me there, and I was a baby there, and I was a toddler there. It was pretty interesting to sit in the same spot that she stood and sing all of these songs and do this album. It was just lovely. It was something special and everybody knew it I think.

Did you keep a picture of her with you when you recorded the album?

I have her face on my left forearm so I can’t play the guitar without seeing her face.

How did you learn to play guitar? When did you pick it up?

Early 20s, maybe? My friend Shelby Lynne showed me a few chords, and once it bites you, once it gets its grips on you, you’re a slave to it — once it puts its power on you and gets around you. And that was it. I picked out some chords of my own and I pretty much taught myself everything else, or I’d ask somebody about a chord. I was around 23 or 24.

Is that when you started writing songs?

At what point did you realize that you enjoyed being on stage?

Probably about 2. [Laughs] Who wouldn’t enjoy that? Like I said, once it bites you, you’re bitten.

Was it the applause? The approval?

I think it was because when I was on stage, I was always with my mother. So, it was family. And that’s what I did it for, for the family.

Your parents are referenced in several songs, almost like characters in the songs. So, I’m curious when you’re singing “Sins of the Father,” is that about your father?

Oh yeah, exactly. I developed a drug problem and it was pretty much his fault. He showed me those drugs. When I got myself together and got myself sober, I had another buddy of mine named Edward Johnson come along that showed me what fathers and sons were really supposed to be like. It changed my life. That song’s about my father and my buddy Edward and his son Lake. Lake’s the one that counts it off in the beginning. Lake saved my life — he and his daddy did. They made me stand up to be a better man and they helped me get sober. I’m really proud of those boys.

There’s a line in “After the Storm” about your mother closing the door on you. And you sing that you have trust that it will open again. Is that emblematic of the experience of coming out to her?

Well, there were some deeper circumstances going on in the house than just me being gay. There was some sex abuse that had happened. It was just hard for the family to deal with. That was a brief period of our life, and that is totally a reference to that time period. [I’m saying,] I know that you’re my mother and I know that you’re the one that gave me life. You’re also the one that’s got to teach me the roughest lessons and that was a hard one, when she shut that door on me. But I knew that it wasn’t shut forever.

How old were you when that happened?

Was there a moment when she reopened that door, when you felt like that relationship was back on track?

Yeah, about four, five, or six years later. We had a nice moment over Christmas and Shelby was responsible for bringing that relationship back together, too. She’s been like a sister to me for many, many years. I love her, love her deeply.

What year did you go to LA?

I probably ended up there in ’99 or 2000. I got fired out there. I was playing with Shelby [on tour promoting I Am Shelby Lynne] and maybe I was drinking and doing too many drugs. Being a dick, so she fired me. [Laughs] And I didn’t have any money to get home, so I stayed there and ended up making it — that’s basically all I can tell you about that.

When I moved to Nashville in the ‘90s, it seems like aspiring artists had a lot of places to play, and several stages were available to them for showcases and other performances. Were you able to take part in those kind of things during that time?

Man, when I came here in ’93 or ’94, Broadway [the city’s strip of downtown honky-tonks] was a godsend for me. Broadway and Printers Alley saved my life, because they introduced me to the greatest pickers I ever knew in my life. It gave me a place to sing six or seven nights a week. I would go to work at six o’clock at night, and by going to work, I mean we would show up down there and we’d start on one side of Broadway and we would sing on one side, go through Printers Alley, and then down the other side. That was how we got our chops in. We would go and find places to sing. We didn’t make any money, but that’s what I did. I learned how to do that stuff right in my hometown of Nashville, on Broadway.

How did you make ends meet if you weren’t making money in the bars?

Well, I was a prostitute back in the day for a while. I also drove hookers around. I was a construction worker, I was a short order cook, I’ve done a lot of things, pal.

There’s a different vibe in Nashville now than there was in the ‘90s — and of course, the ‘90s were different than the ‘70s, too. What do you like about the Nashville music community now?

Yeah, what makes it special, and why do you like to be part of it?

Well, I don’t know that I’m necessarily a huge part of it. I’ve got a group that I write with at Carnival — Lee Ann, Miranda, and Ashley, and those folks. I don’t know if I necessarily hang out with a lot of folks. If I’m part of the Nashville community now, then I’ll take that. That’s pretty freaking cool. That’s something I’ve never really heard with my name before, being part of the Nashville community.

I guess I think of you that way because I see your name as a co-writer on Ashley Monroe’s records. What is it about that writing relationship that makes it click?

Ashley, Miranda, and I started writing together four or five years ago on a regular basis, then Ashley and Aaron Raitiere and I write together a lot. We tend to write pretty good music together. If I write music with somebody and it clicks, and we get good songs, then that’s pretty much a good partnership and I’ll stick with that for a while.

You put this record out three songs at a time, but when I listened to it in its entirety, it struck me that there’s a theme of moving forward, and sometimes outright optimism, that comes through. Do you hear that too?

I mean, I always want to give people hope. That’s one of the biggest things about this record: Even though it’s about tragic situations, I still made it out.