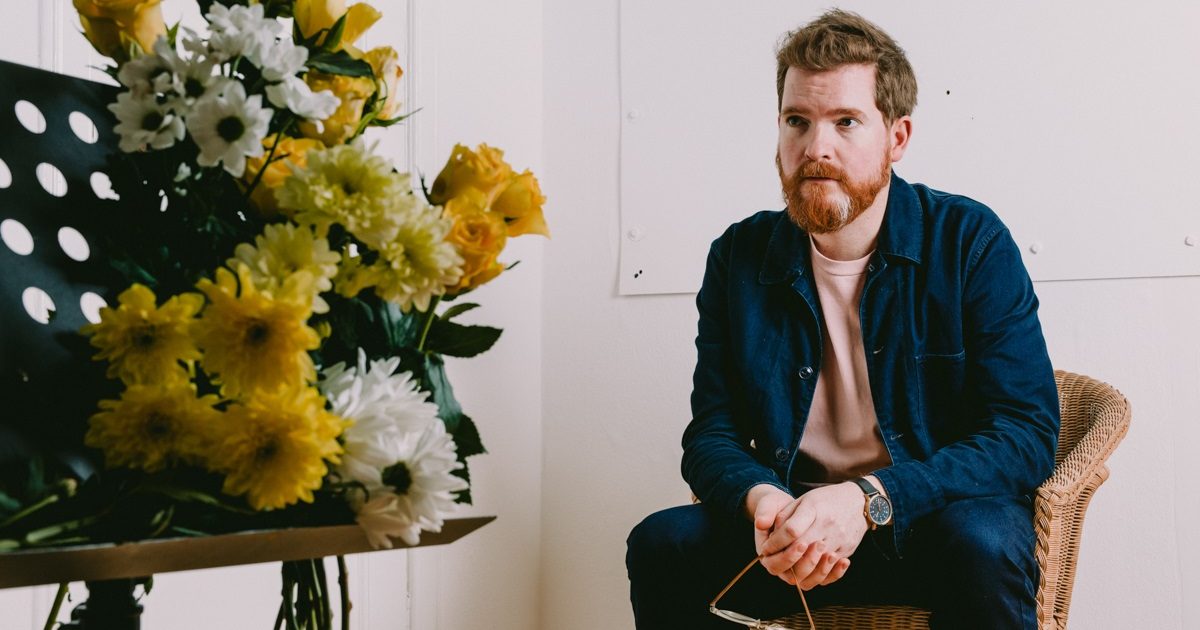 John Smith is resilient. You have to be, when you’ve spent your 15-year musical career — by choice — unsigned to a record label. When you’ve arranged every gig, every tour, every album release yourself. When you’ve invested your own money in everything you’ve done. As Smith himself puts it he’s been “planning for the worst” his entire professional life.

So when catastrophe hit a year ago, he was ready, in his words, to roll with the punches. The pandemic had already necessitated the painstaking and anxiety-inducing cancellation of all his gigs and tours. His mother was diagnosed with cancer at a time he couldn’t visit her. His wife lost a pregnancy. “It was devastating,” says Smith, from his home in North Wales. “But all you can do is try and make sense of it and the way I do that is write songs.”

The result is The Fray, an album of searing honesty and lithe beauty whose songs amplify the emotions and experiences of so many of us this year — the reassessed relationships, the self-reflection, and the ultimate search for hope. It is, perhaps, something of a change of pace for the British singer-songwriter, who describes it as his most honest album yet.

“In the past I’ve been drawn towards mythic perspective and character-based songs and more fantastical references,” he nods. “This one I just wrote about me and what I was feeling.” In doing so, he has created a work of extraordinary emotional nuance. As he puts it: “There’s lots of color and dark and light in everyday life. ‘How do I get to bed tonight without cracking up?’”

The songs are deeply tender — “She’s Doing Fine” and “One Day at a Time” are poignant responses to the grief of losing a baby — but they’re not as spare as Smith’s 2019 folk record, Hummingbird. This one is a cashmere blend of guitar, piano and horns, with eloquent contributions from friends in the US and elsewhere. Sarah Jarosz and Courtney Hartman lend their ethereal voices to “Deserving” and “Eye to Eye,” respectively. Milk Carton Kids contribute, alongside Smith’s longtime collaborator Lisa Hannigan, to the rousing title track “The Fray,” which tips the hat to the West Coast stylings of Jackson Browne’s Late for the Sky, one of Smith’s favorite records.

For Smith, it was a delight to be able to sing and play with his friends, even if they couldn’t be in the same space. “I normally see Lisa, for instance, very often, and I haven’t seen her for a year. So in the absence of being backstage at the same festivals, drinking and laughing, I thought let’s all get on the same track, then it’s like we’ve all seen each other.”

It had been six months since he had played with anyone else at all. When the pandemic first began to spread, Smith was touring in Australia, about to play the Blue Mountain Festival near Sydney. “I woke up in my hotel room to a text saying that the festival had been cancelled,” says Smith. “I looked at local news reports and it was obvious everything was going to get pulled and they were shutting down the borders between Australian states — it was just time to get out of there.” 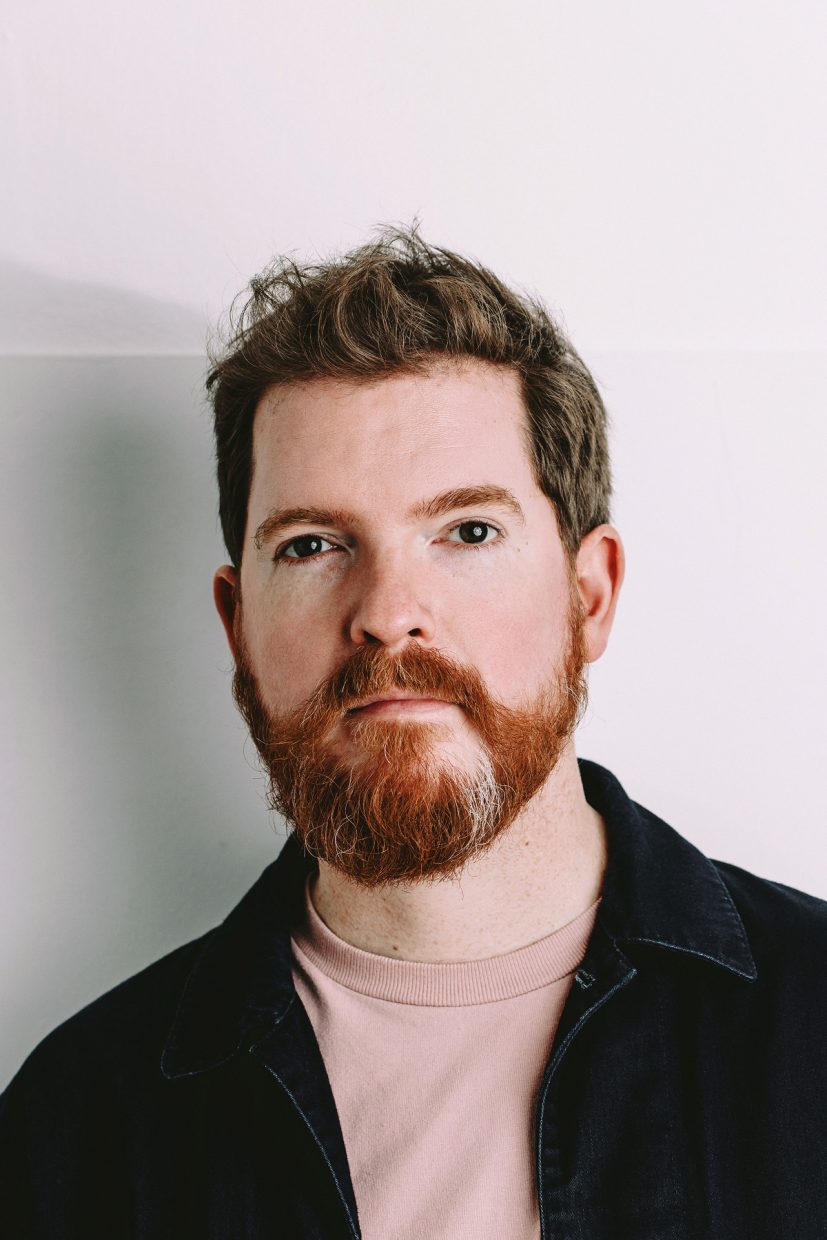 Having got himself home from literally the other side of the world, Smith undertook the soul-crushing work of cancelling all his gigs, including what would have been his first-ever headline tour in the US. “It had taken years to get to that point,” he adds, ruefully. But managing his own brand has made Smith resourceful and he quickly worked together an album of unreleased recordings (Live in Chester) and took them on a “virtual world tour,” playing dates in different time zones.

“That all went really well and after the last of those gigs, that evening, my wife started feeling really bad and we had to get her to hospital and she spent a week there. And within a few weeks of that I’d found out my mum had cancer. So suddenly everything in my life was upside down.”

New songs simply fell out of him, he says. Some came from ideas he’d worked up with others, such as the opening track, “Friends.” The chorus had been written with fellow singer-songwriter Paul Usher, before the UK went into lockdown; four months later, it found a new meaning. “When I sat down and listened back to the voice memo on my phone I started singing it and wrote all the verses in one go.”

Other songs were inspired by particular instruments. He bought a classical guitar and quickly wrote “She’s Doing Fine” on it. A ‘57 Telecaster replica he acquired — “just a piece of swamp ash with a neck on it really” — inspired a riff which stayed under his fingers for five weeks before it was followed with any words. The finished product was “Hold On.”

Britain’s strict lockdown laws, which have included stay-at-home orders with only an hour a day allowed for exercise, were partially lifted in the late summer and fall, giving Smith the opportunity to get inside a studio. He and Hummingbird producer Sam Lakeman both isolated ahead of the session, and so were able to work together freely and without masks. The other musicians, too, self-quarantined before they arrived: “We didn’t have anyone involved we didn’t trust completely,” he says.

Smith laid down his own tracks in the first couple of days — the bare bones of guitar and vocals — so that the sound could build organically with each additional contribution. “Since recording all together live logistically wasn’t possible, I had to take a slightly different route,” he says. “We went with a lot of first takes and kept a few mistakes in there and tried to allow it to breathe spontaneously and didn’t overthink it… I’ve been guilty of that in the past.”

There’s a lovely moment at the end of “Friends,” as the song finishes and is punctuated with a little applause. It feels, for just a brief moment, like you’re in the room with the band. Smith laughs and explains its origins: “I’d put down the vocal take and it sounded so good in the headphones I just started clapping. And Sam shot me a look as if to say: ‘You know we’re going to have to do that again now.’” But it was such a joyful and spontaneous sound, they decided instead to ask the other musicians to clap at the end of their takes, too.

The other contributions — from Hannigan, Jarosz, et al. — were recorded at their homes and sent in digitally (“You can catch a lot of horrible stuff over email,” smiles Smith, “but not COVID”). They include electric guitar from Bill Frisell, one of Smith’s heroes, whom he approached via their mutual friend, Joe Henry. It is clear, from Smith’s tone, that having Frisell play on “Best of Me” is one of the best things to have happened to him in a very long time.

The future remains as uncertain as ever. “I’ve just moved some gigs for the third time,” says Smith. “It’s going to be a while before I’m going out and physically playing these songs.” It’s typical, he says, with good humour — he’d lined up some great venues to play in, and with the social distancing requirements significantly reducing their capacity, he would even have been able to say he had sold them out.

But Smith is not one to dwell on what-might-have-beens. Instead, he’ll be launching The Fray with a collection of livestreamed gigs, knowing that they have proved successful for him before. He has been reading a lot, recently, into business and economics and financial strategies – as he very sensibly observes, “it’s important for any musician to understand how money works because there’s going to be less of it going around.”

Smith has always been one to live the simple life, and with full lockdown resumed in Britain since the start of 2021, there has been ample opportunity to do so. There is no doubt that The Fray’s themes of getting by in the day-to-day will resonate broadly. After all, never before have so many humans experienced such similar circumstances all at the same time. “Extraordinary, isn’t it?” says Smith.