With ‘Young Man,’ Jamestown Revival Take a Look at Their Life 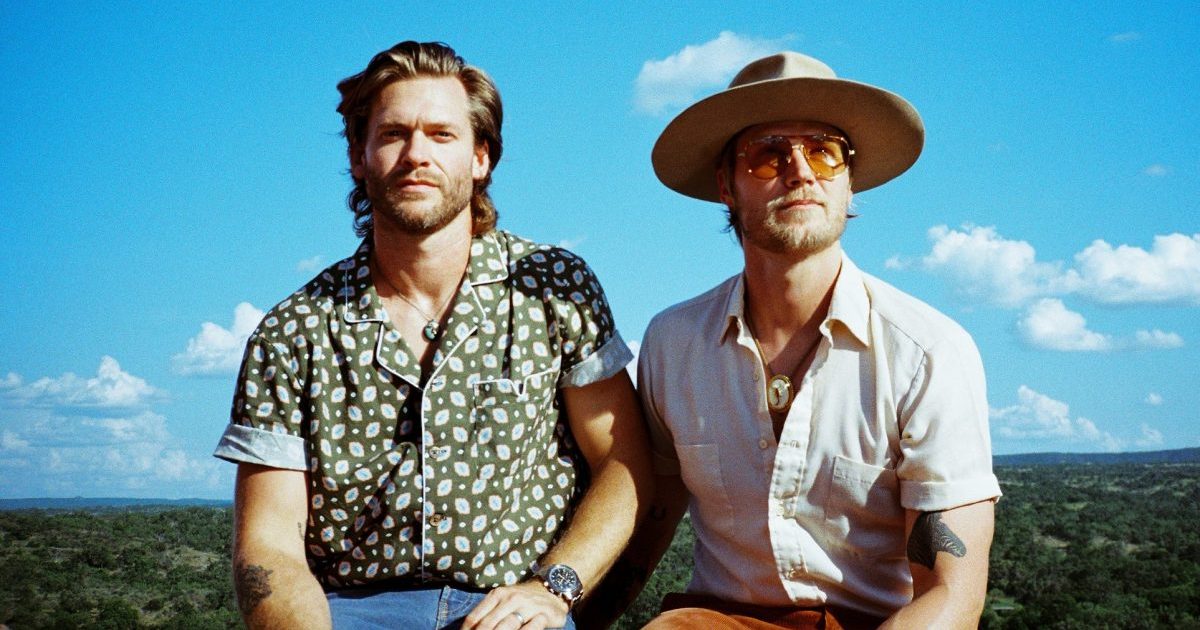 Zach Chance and Jonathan Clay, the two halves behind folk duo Jamestown Revival, aren’t brothers. But they’ve developed a reputation for singing like siblings, delivering close-knit harmonies that you’d typically hear in a bloodline. Thanks to that partnership, they’ve tended to keep Jamestown Revival all in the family, so to speak, and controlled the shape their Americana sound has taken since their 2014 debut album Utah. “We were pretty insular for a lot of years,” says Chance.

That insularity nearly defined the duo’s fourth studio album Young Man. Chance and Clay initially set up shop in Clay’s family barn in Texas, an open-air space that should’ve fueled the embers of their harmony-rich sound. Yet something wasn’t clicking. “It didn’t really go the way we wanted it to,” says Chance. “We were like, ‘Man, we think we need to re-record these songs and re-approach them.’”

Chance had heard that their friend, singer-songwriter Robert Ellis, had started producing with Joshua Block out of Niles City Sound in Fort Worth. After a conversation about working together, Ellis began driving to Austin, meeting at Chance’s house to discuss the songs the duo had written—a blend of deeply introspective fare and character-driven vignettes. “From the minute we decided to do this, he was sending us idea boards. The guy’s one of a kind,” says Chance.

“Zach and Jon singing together is bulletproof,” Ellis adds. “Seeing them play a live show, that’s super apparent. One of the things we talked about early on was how can we capture the vocals in a way that you see them singing?”

It became evident that Jamestown Revival’s new songs required a more intimate sound. For starters, they decided to put down the electric guitars. “We made that rule and gave ourselves that limitation,” Clay explains. They also decided to track everything live. The result, on Young Man, feels closer to a front porch gathering than the rock-informed sound of 2016’s The Education of a Wandering Man.

“It was like, if nobody’s playing it while we’re recording then we’re not going to go back and add to it,” says Chance. On “Young Man,” a song about losing sight of the person you used to be, Chance and Clay deliver hushed harmonies alongside an acoustic guitar. But the song doesn’t stay in that register long—it eventually explodes into an anthemic, keening search. “When did he lose that fire? / Did he just grow old, did he just grow tired?” Chance and Clay sing while a fiddle wends its way around their voices.

Fiddle appears throughout the album, serving as a stand-in for what the electric guitar once offered Jamestown Revival. “Moving Man,” a spare, jazzy folk song detailing the enticing call of a nomadic existence, was originally supposed to be a southern rock jam. But Chance and Clay saw a new possibility once they linked up with Ellis. “There’s a little solo section and I feel like on any other album the obvious thing to do was to grab an electric guitar and play,” Clay says.

Given the harmony-rich music Jamestown Revival make, fiddle partners with Chance’s and Clay’s voices as a third vocal element, adding a layer of nostalgia to the sepia-toned album. “I think fiddle has this really unique ability to hit you in the gut that few instruments can,” says Clay. “It’s a really vocal instrument because of the way intonation works. It’s beautifully gut-wrenching. Void of electric guitar, we really leaned on fiddle to introduce a lot of emotion into the album.”

Clay also got the chance to play around with a resonator, which structures the rolling hills landscape of “These Days.” Jamestown Revival had last used the instrument on “Wandering Man,” from their first album, and Clay had been itching to use it again. But nothing ever seemed just right. Until “These Days,” which deals heavily in memories—the kind that float behind you like a fog. “I enjoy playing resonator guitar more than I enjoy playing regular guitar,” Clay says. “It feels more cathartic. There’s a little extra bit that it can convey that a fretted or a keyed instrument just can’t sometimes. Resonator feels like it’s crying—and it’s so much fun to play.”

Memory informs the songs on Young Man. “Because we weren’t moving as much and experiencing as much, you start looking back at things and assessing where you’re going,” says Chance. And so does the Texas landscape. On the opening track “Coyote,” a soft pedal steel evokes a desert scene. Chance and Clay’s whisper-close harmonies thicken that sensation. “That song totally paints a picture,” says Clay.

Across all the tracks — both those that spin a story and those that take personal stock — Chance and Clay transform the dialogue they’ve long exchanged about Jamestown Revival and open up their ideas to a new perspective. “Robert always has an opinion, and I say that affectionately,” Clay says. “I need someone definitive in [the studio]. I need someone to be like, ‘Dude, that sucked, or that was awesome, or you know what that didn’t work but try this next time.’ Robert always has one of those three answers.”

It’s an approach Ellis was very specific about. “I think my role and what is helpful is to just always be the guy who has an answer and knows what he thinks,” he says. “I’m not saying that I’m right all the time, but I do think somebody saying, ‘That’s a good idea, let’s go in this direction,’ it creates a sort of forward momentum that you need.”

More than simply guiding the production, Clay says Ellis “got down in the dirt” with them. “We had two acoustic guitars going throughout every recording essentially—I was playing some acoustic and Robert was playing additional acoustic. He was putting it in these crazy open tunings and playing this abstract stuff. I don’t understand it; I don’t try to understand. Everybody’s got their own gifts. It was cool to appreciate him with his gifts and let him stay in his lane and do his thing. It was a folk-rock symphony of sorts.”

“They are both such good writers,” Ellis says. “And that’s where my heart is, that’s what I’ve spent my career going nuts about—songwriting and really narrative, character-driven stuff.”

Ellis also ended up co-writing “Old Man Looking Back” with the duo. It happened during one of the pre-production meetings around Chance’s kitchen table. Originally, Chance played a brief riff, intending it to serve as a reprise for “Young Man,” but Clay heard another possibility. “Zach played a line and a little strum and a little progression, and there was an element of it that I thought was awesome and really excited me,” says Clay. He offered a suggestion and from there things coalesced.

Rather than reprising the title track, “Old Man Looking Back” became a bookend for the album, sung from the perspective of an older father offering the adult son of “Young Man” his point of view. The song evokes Neil Young’s “Old Man,” in which a son pleads with his father to understand the parallels that run between their lives. “Old Man Looking Back” inverts that conversation. This time, it’s the father who needs his son to understand.

If the song was an accidental tribute, Clay wasn’t surprised. “There’s a little bit of Neil Young tribute in every Jamestown album, for sure,” he says. “I’m not even shy about it. Every single album.”

The growth Chance and Clay have experienced over the last two years pervades Young Man. In breaking out of the insularity that informed their earlier albums, Jamestown Revival has crafted their most evocative project yet. “It’s an exciting new turn,” says Chance. “A new way to approach things.”

Clay adds, “Every year or two that goes by, in between records, a lot happens and a lot changes in your life, so I think an album is a reflection of that and hopefully it’s a reflection of you growing as a human and experiencing more. I’m really proud of the writing.”