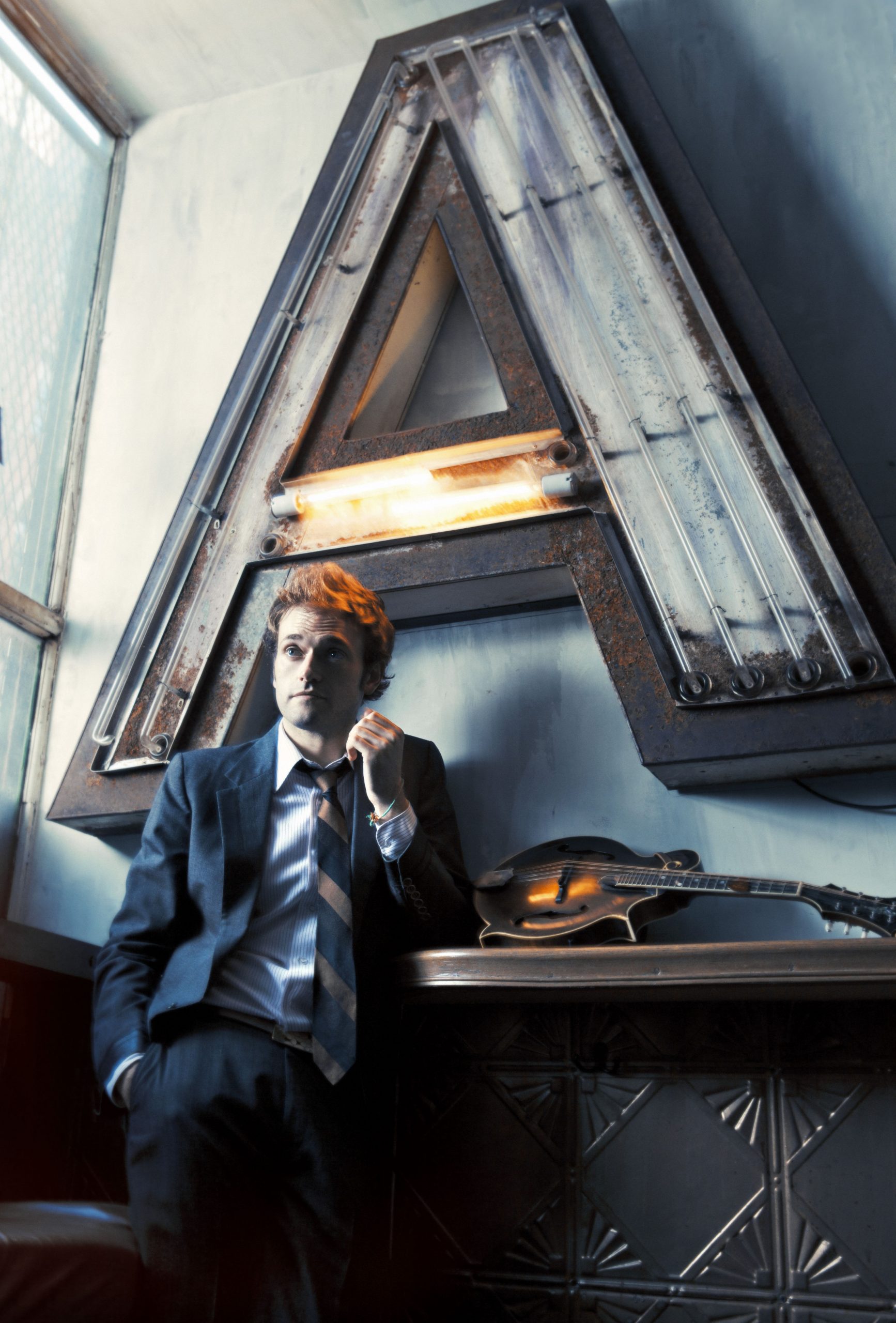 In summer of 2015, Garrison Keillor announced plans to retire from his post as the longtime host of A Prairie Home Companion, the wildly popular radio show he created in 1976. With that announcement came another surprising piece of news: Keillor had chosen mandolin player and longtime BGS friend Chris Thile as his successor. Fans of the show — and critics, alike — were skeptical of the decision, The Atlantic going so far as to pose the question, "Can Chris Thile fill Garrison Keillor's shoes?"

Flash forward a year-and-a-half and we're about to find out, as Thile's first day as full-time host is this Saturday, October 15. What began as a few guest slots on Keillor's incarnation of the show has since become something of a torch-passing, the radio veteran hand-selecting Thile — known throughout the roots community for his work with Nickel Creek, the Punch Brothers, and as a solo artist — and calling him personally to gauge the musician's interest in helping to write a new chapter for his beloved show.

"I listened to Garrison’s voice in my living room before I really could differentiate it from that of my father’s voice," Thile says. "It’s kind of all swirling around in the living room, and Prairie Home Companion was there with Where the Wild Things Are and my dad’s records and mom reading the Lord of the Rings to us. I might as well have been getting a call from Gandalf.

"I let it go to voicemail. I was on tour and I figured, 'He probably wants me to play on the show next Saturday or something. I’ll just let it go to voicemail.' I checked it and he said, 'Uh, Chris, I have something I think might be of interest to you I’d love to talk about. Give me a call.' So I steeled myself and called him back and he started outlining the plan that we’re in the middle of implementing now and I was just uncharacteristically silent for a little while trying to process it. I talked to my wife and started daydreaming about the whole thing a bit, called him back the next morning and said, ‘Now did I understand you right?’"

Before he knew it, Thile was dipping his toes into the Prairie waters, hosting two shows in February of 2016 that featured guests like Ben Folds, Sarah Jarosz, and his band the Punch Brothers. During one of those shows, Thile and company debuted a new song, "Omahallelujah," in advance of that weekend's Super Bowl game between the Carolina Panthers and the Denver Broncos. For his permanent tenure on the show, he plans to write and premiere a new song each week and keep a steady roster of guest musicians. His October 15 episode will feature Jack White and Lake Street Dive.

Evidence points to Thile's take on Prairie Home to lean more heavily on music than Keillor's did, although he has made it clear that he and his team will remain reverent to the variety show format that sets the show apart from its talk-based counterparts. He also, especially given the timing of his first handful of broadcasts, will touch on current events, including the November 8 election, although he doesn't plan to be too forceful in his politics. "That’s something that’s kept me up at night on occasion," he laughs. "I won’t shy away from it, but maybe my mystification will be comforting to people."

His biggest goal, though, is to follow Keillor's most-repeated piece of advice: to be himself. "It’s so tempting, being in front of that microphone and that audience, to start adopting not only Garrison’s demeanor but his outlook, the cadence of his speech, all of those kinds of things. I think that’s an important piece of advice to hear again and again — to make sure that I’m not doing my best Garrison Keillor," he says, then adds with a laugh, "Because I’ll only ever be a pale shadow of the real Garrison Keillor."

While Thile has his own plans for the show, fans of Keillor's needn't worry: They are in good hands.

"Garrison’s given us this world that we can poke around in," he says. "It’s not high-stakes like our world, but it’s fleshed out like our world. It’s the illusion of reality, the illusion of depth and an order of things that suggests reality. We’ve had that space to escape to for 40-plus years. It’s my job to make sure that people continue to have that space. I think it would be a tragedy if we allowed that space to disappear after Garrison says goodnight. "