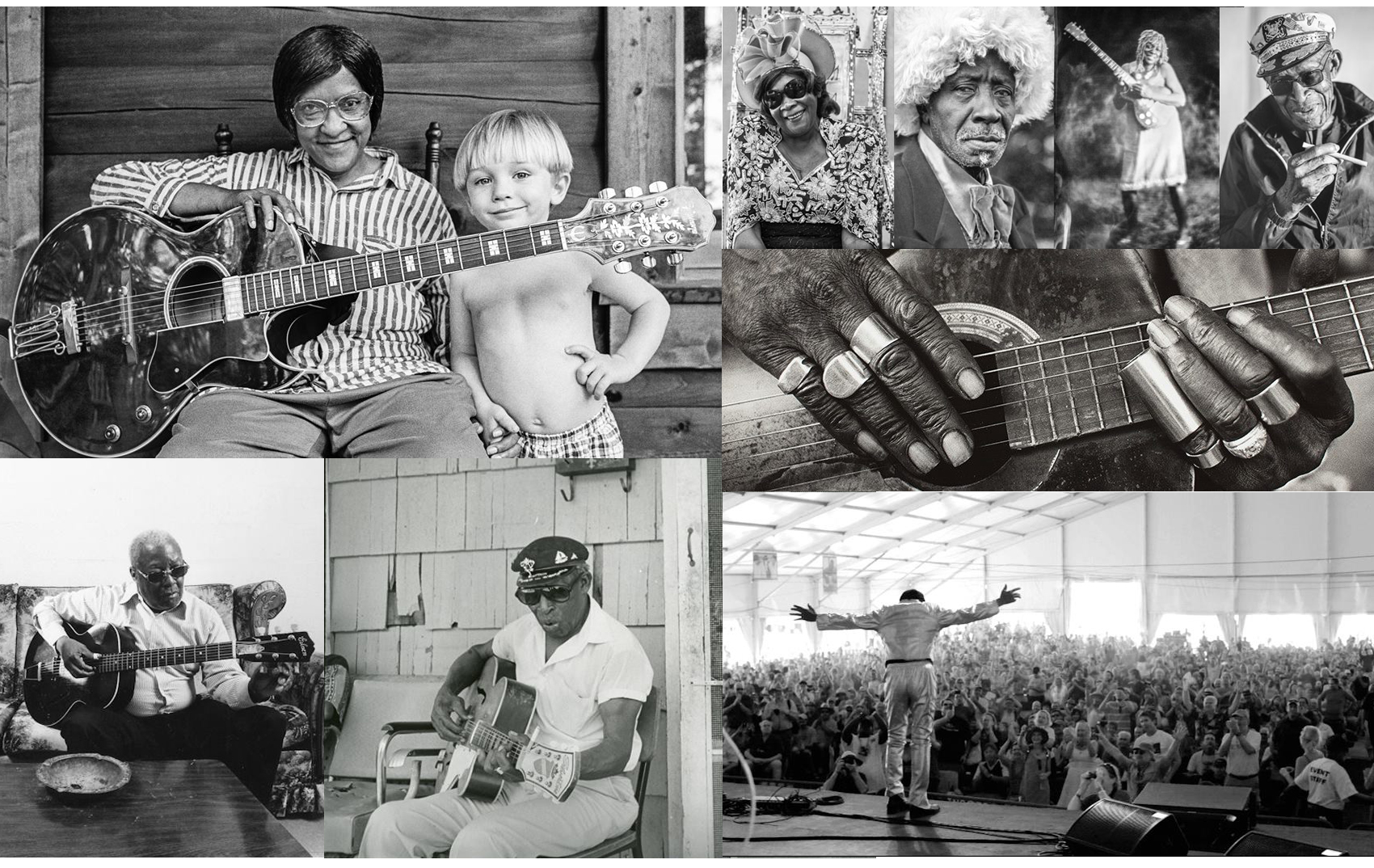 The blues, man. The blues. Perhaps more than most genres, the blues harbors far too many hidden heroes. That’s why the work our friends at the Music Maker Relief Foundation do is so very important. We’ve profiled that work before, so we thought it was the music’s turn for a moment in the spotlight and Music Maker’s founder, Tim Duffy, to cull a batch of blues tunes that everyone should hear.

Guitar Gabriel — “I Came So Far”

Gabriel composed “I Came So Far” during a recording session we did soon after returning from our first trip to Holland. Like so many of his performances, they are sung for the moment, and are rarely repeated.

Preston was a rural-based musician influenced by both Black and white traditions of the early 1900s. He died in December of 1993. He was the last of the generation that played in and around Winston-Salem’s tobacco warehouses.

Captain Luke (Luther Mayer) — a wonderful bass singer, comedian, jaw harp player, and folk artist — moved to Winston-Salem, North Carolina, in 1940. It was Luther who taught me how to act and work within the stormy and sometimes violent world of East Winston-Salem. When the Captain passed away in late 2015, the Music Maker family was devastated. He was a dear friend.

Big Boy Henry is the Carolinas’ premier blues shouter. He was born in 1921 in Beaufort, a small fishing village on the North Carolina coast. He has worked as a fisherman, preacher, and blues singer since the early 1940s. He specializes in the type of blues that was created by Blind Boy Fuller and the musicians surrounding him in Durham, North Carolina.

Willa Mae Buckner has been known professionally since the 1930s as “The World’s Only Black Gypsy,” “The Princess of Ejo,” “The Wild Enchantress,” “Snake Lady,” and “Billie Raye Buckner.” She has worked as a chorus girl, blues singer, exotic dancer, contortionist, guitarist, and bassist, and she has operated a traveling snake show. In 1973, she moved to Winston-Salem and was a public transit bus driver for 10 years. At 71, Buckner lives in her own home with a 17-foot python named Big Jim.

Macavine Hayes is a younger musician, at 52. Influenced as a child by Guitar Gabriel, Hayes migrated from Florida to North Carolina, where he and Gabriel ran a drink house together in the early ’60s, selling drinks, running craps games, and playing the blues.

I met Sam Stevens in 1982 in Asheville, North Carolina, where I was attending college. He is a mountain man who makes banjos, fiddles, dulcimers, mandolins, and guitars. The fretless banjo was introduced to whites by Blacks, but no Black fretless banjo players are known of today.

There is not one guitarist that rips like Lee Gates. Lee’s roots run deep into the electric blues tradition — his cousin was legend Albert Collins. This tune was inspired by another guitar legend that is part of the Music Maker fold, Cool John Ferguson.

Guitar Gabriel and Lucille Lindsey — “Do You Know What It Means to Have a Friend?”

I asked Gabriel one day if he had any brothers or sisters. He mentioned that he had a sister, but he had not seen her in eight years. He gave me her married name, and I found her, blind from diabetes, in an awful nursing home. When I reunited this pair the next day, they immediately broke into song. I scrambled to put up my recording equipment as they sang. Gabriel had written this spiritual the day their mother passed away. Their emotions were so intense, they both began crying and their tears soaked the front of their shirts.

Robert is a recent partner artist with Music Maker. I met Robert just under two years ago on the streets of Helena, Arkansas. He was busking at the King Biscuit Blues Festival. When I heard his voice, I knew that he was special. This track is from his debut album … just the tip of the iceberg in terms of what Robert is doing with his career!

Sam Frazier is another new addition to the Music Maker family. For years, he performed in Vegas as a Charley Pride impersonator. “Cabbage Man” is written by Frazier and tells the story of his love for cabbage sandwiches. While the song is cheery, it reflects the deep poverty that Sam grew up in outside of Birmingham, Alabama.

Adolphus Bell — “The One Man Band”

When I first met Adolphus, he was homeless, living out of his van, doing everything he could just to scrape up gigs to eat. When I saw him perform, he blew me away with his stage presence. Adolphus and I ended up touring the world together. He was always so grateful that the gigs he got from Music Maker allowed him to get a home.