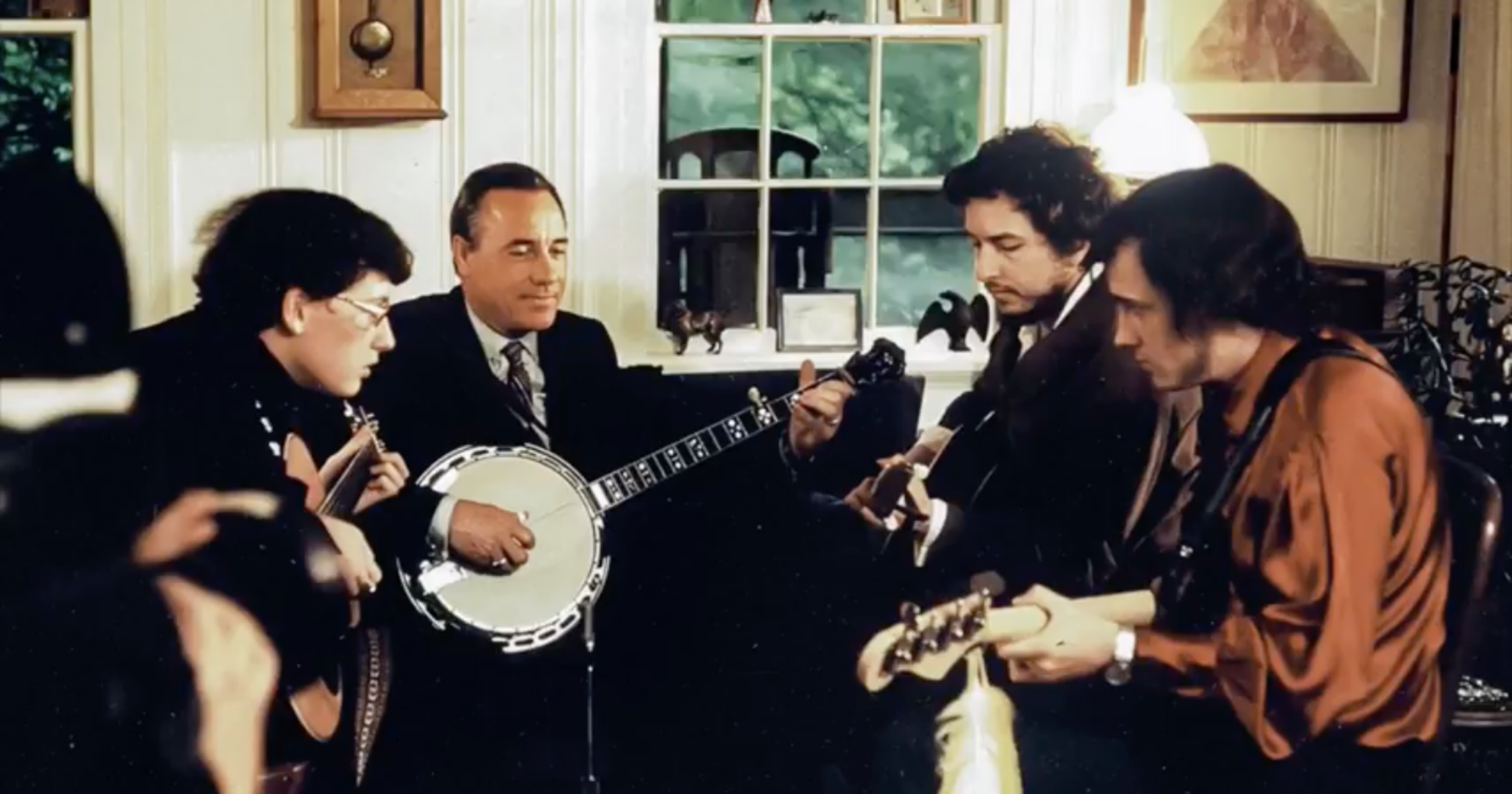 Bluegrassers have been covering Bob Dylan for decades. First generation stalwarts Flatt & Scruggs covered more than a handful of songs penned by the future Nobel Laureate, Ralph Stanley sang with him, and at this very moment there are almost certainly jam circles out there around the globe laying down “Girl From/Of the North Country” with mash’s reckless, head-bobbing abandon without even realizing Dylan wrote the dang thing. Bluegrass covers of Dylan are so prolific, we had to cap our list at 15 — with an additional three not-quite covers tacked on for good measure.

“Blowin’ in the Wind” — The Country Gentlemen

It just makes sense. The Country Gentlemen epitomized the impact of the folk revival on bluegrass and string bands of that era.

Perhaps the most common and least jambuster-y of Dylan’s bluegrass incarnations, this one has been covered by everyone from Flatt & Scruggs and the Country Gentlemen to Tony Rice and his newgrass compatriot, Sam Bush.

An entire generation’s most mainstream exposure to bluegrass — Nickel Creek — might have simultaneously tipped off their young audience to the voice of a generation.

Did you ever stop to think about the similarities between Lester Flatt and Bob Dylan’s singing styles? Now you have.

“When I Paint My Masterpiece” — Greensky Bluegrass

Truegrass, newgrass, jamgrass — any kind of [fill-in-the-blank]grass works for a Dylan cover.

Hearing a bluegrass band relax into a slower, loping groove is always a breath of fresh air. Seldom Scene know how to own a decidedly non-bluegrass beat. And yet, it’s quintessentially bluegrass.

“Long Ago, Far Away” — Front Country

The current bluegrass generation isn’t immune to Dylan’s influence either. Front Country burns this one down with a more straight ahead, hammer down arrangement.

Tony is arguably at his absolute best, his most extraordinarily superlative when he renders the songs of singer/songwriters and troubadours like Gordon Lightfoot and of course, The Bard.

Spit. Out. Those. Lyrics. Tim. Oh and that hambone!! Lawd. Just listen to this and try not to feel visceral joy.

This is here because we didn’t want to add that one Dylan song Old Crow is pretty famous for. They did an entire-album cover of Dylan! Let’s hear those songs for a change! It’s got more of a country and Western flavor, but we know Old Crow’s bluegrass roots run deep.

Another take outside of the bluegrass box, but inherently informed by bluegrass. You can feel Jarosz emulate the lilt of Dylan’s voice in her phrasing. Unencumbered, yet supported in full by the strings.

Everybody join in and sing! There’s something especially pleasing about hearing Scruggs comp over these iconic chord changes.

“Walkin’ Down the Line” — the Dillards

At their height, the Dillards’ sound was blended so purely with that iconic folk revival sound, but without giving up one shred of their traditional bluegrass sensibilities. This is a perfect example.

Now here’s your bonus. Bob Dylan and Earl Scruggs, with the Scruggs boys gathered around pick through “East Virginia Blues” for a TV documentary.

And of course, how could we have a list about Bob Dylan and bluegrass without a nod to the special relationship Dylan had with Ralph Stanley? Dylan consistently cites Stanley as an influence and they even collaborated on this recording of an iconic Stanley Brothers classic.

Remember that Ralph Stanley influence we mentioned? Here it is again. It’s a reverse Bob Dylan bluegrass cover to round out the set. 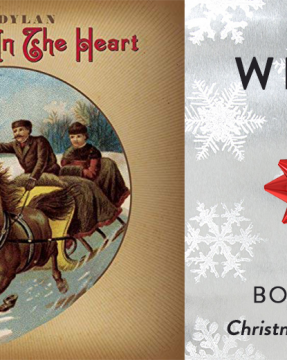 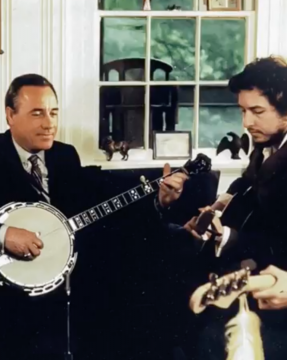 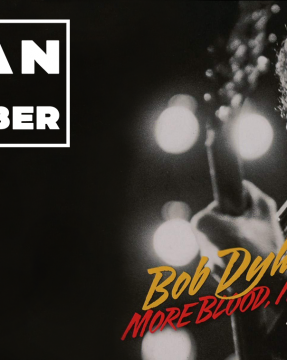