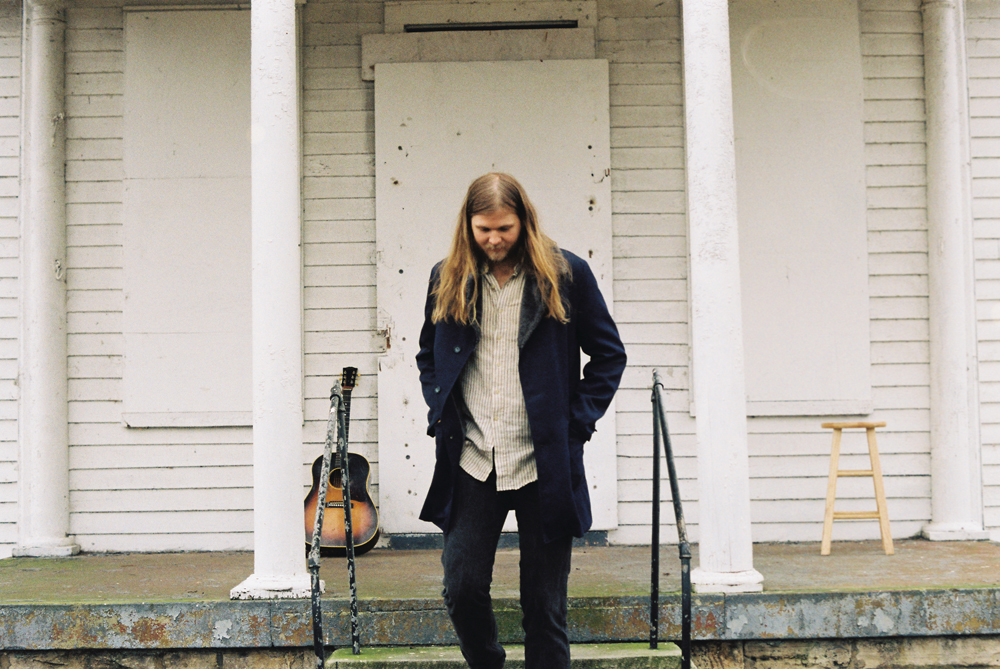 Good bye sweet prince… My second real tweed amp, a (tweedless) 5B3 hounddawg Fender Deluxe has found a new home in Cincinnati… He could bark, snarl and bite…but he never learned to sit and stay, if you catch my drift… It’s a never ending game of love and loss when you’re on the hunt for that #TONE and livin hard in the #TONEZONE

David Bowie is a character king … I’d have to say that living the life of Major Tom from “Space Oddity” would be a real treat. It didn’t end well for him, but he lived, he loved, and he went to space. There’s not much else I’d want from an alternate life than that.

I LOVE the Northeast, especially Portland, Maine; Burlington, Vermont; and Providence, Rhode Island. One of these days, I’ll find a hip little van and trailer and hop around up there for a while. It gets cold, I know, but I think I could be okay with that for a little while. The summers are worth it.

I don’t get mad often, but when I do, things get awkward … I was playing a set at one of my favorite local clubs in Nashville recently, and there were a couple dudes up front who’d drank a little more than their livers (and noggins) could handle. I hadn’t even tuned my guitar up before they started commenting on my playing. I couldn’t believe it. It was the first time I ever had someone kicked out of a show, and hopefully the last.

GOOD QUESTION! I’d have to say Gene Wilder. His features are equally as cartoonish as they are friendly and kind. I’d be proud to have his likeness permanently etched in my hide.

I’d have to pick someone who makes their own rules, has a more cultish following, and just continues to make art in an ever-changing yet CONSTANT way. Maybe Cass McCombs? I only say that reluctantly because he is a fairly recent obsession of mine, but a strong obsession, indeed. He seems to have done it slowly — I like that.

Honestly, my sweet little sister just sent me a few books on mindfulness and evolutionary psychology which have been really fun to dig into. Around the South, things can get ugly when the subject of evolution is brought up, but it’s interesting to think about what primal elements still remain in our biology and how they can affect our everyday tendencies. I think its good to keep that stuff in check.

@americansongwritermagazine premiered the unreleased title track to the Playwright EP, link in profile of you’d like to read and listen! photo by @emilysadventures

I think I’m an extrovert at the grocery store, and an introvert at the house. I’m the guy who always has to have a conversation with my clerk and make a not-so-funny dad joke, but I do adore my “Charlie time” as I call it — time spent alone tinkering and writing and fixing broken things.

ROSEMARY, bar none. Goes well with meats, veggies, stews, biscuits … you name it. It’s also everywhere around here. I steal it from neighbors’ yards and urban landscapes all the time.

My Hot Wheels / Matchbox cars. Growing up in the home of NASCAR, a race was always around the corner. My father enjoyed watching the bigger televised races, but he also took us kids to plenty of smaller dirt tracks and oval asphalt tracks, too, and I enjoyed recreating miniature races of my own in my room … alone.