3×3: David Berkeley on ‘Pet Sounds,’ ‘Pink Moon,’ and the Redoubtable Glory of Autumn 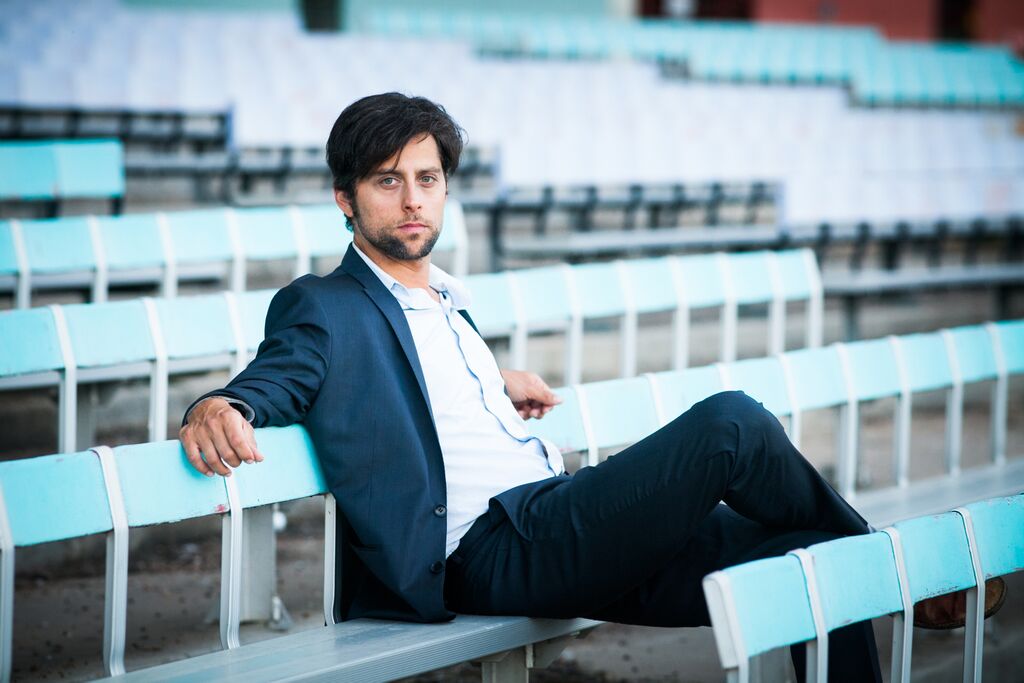 Artist: David Berkeley
Hometown: Santa Fe, NM
Latest Album: Cardboard Boat
Latest Book: The Free Brontosaurus
Personal Nicknames: Shags (given to me by my guitarist). Oddly, though, 15 years ago, when I taught briefly in a Brooklyn public school, the kids called me Shaggy.

Signing at booth 12 at wordstock of anyone's in Portland.

What was the first record you ever bought with your own money?
Pet Sounds on compact disc. Played it in my bedroom on my new boom box CD player and thought it was the prettiest thing I'd ever heard.

If money were no object, where would you live and what would you do?
I'd go back to Corsica and have a little farm-to-table restaurant by the water. I'd still play music, though. Clearly I'm not doing that for the money, so having more wouldn't alter that.

If your life were a movie, which songs would be on the soundtrack?
See my answer to the karaoke question below (though "Pink Moon" would probably be more accurate).

What brand of jeans do you wear?
Jacob Davis

What's your go-to karaoke tune?
I haven't done karaoke in a long time, but I think I could do Neil Diamond's "I am, I Said" some justice.

What's your favorite season?
Autumn. Does anyone answer differently?