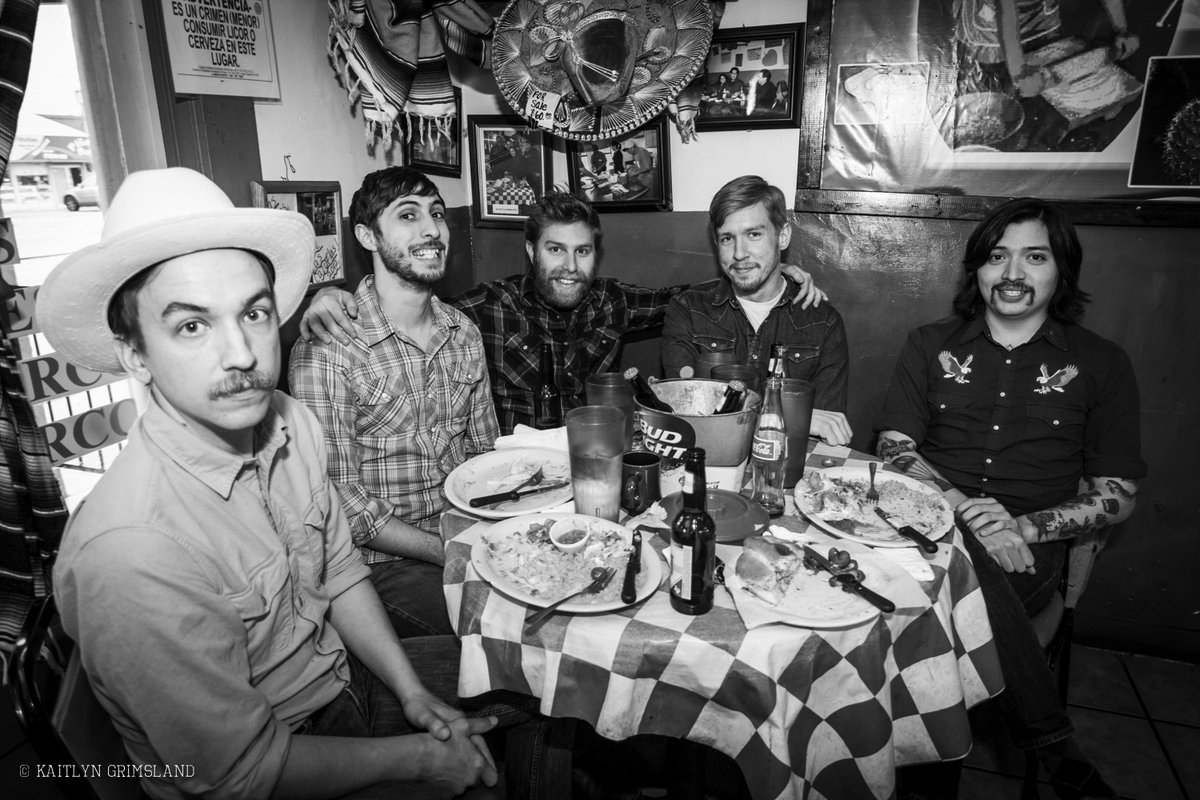 Artist: Jerid Morris (of El Campo)
Hometown: San Antonio, TX
Latest Album: "Skinny Kids" / "Sloe-Eyed" 7" double-single
Personal Nicknames: We call Rudy "Ol' Hungry Eyes," because we all sat watching him one night at a tour stop in New Mexico as he went from lady to lady, eyes so hungry, heart so empty, trying to create a spark. The other four of us bonded heavily over that moment watching Ol' Hungry Eyes.

Which decade do you think of as the "golden age" of music?
The 1960s. It doesn't get any better than the Dillards covering the Beatles (the former's version of "I've Just Seen a Face" is, dare we say, better than the original), or the Statler Brothers' debut record, or the last few records Sam Cooke cut before he died. Lots of good country & western music from that decade, lots of great standards, and probably the best rock records ever recorded.

If you could have a superpower, what would you choose?
The power to make Rudy go to sleep when he's had too much to drink and it's fucking late and we have to get up early and drive 13 hours to Chicago. It is an impossible, perhaps superhuman, task.

If you were in a high school marching band, which instrument would you want to play?
Tuba

What's your go-to road food?
John K. Samson calls it "shiny food you find with gasoline." That's about the size of it. The type of restaurants that populate the interstate highway system in America is not of the very best quality. I'm a vegetarian, so that complicates things even further. Usually, I end up eating mixed nuts and V8 when we're on the road. Once, we tried to eat Mexican food in Nashville — big mistake. We miss tacos awfully when we're away from Texas.

Who was the best teacher you ever had — and why?
My freshman copywriting teacher was Mr. Pribble. He was a really sweet guy who didn't have any of the typical professorial hubris about who he was. He was genuinely a teacher. He showed up every day to teach you something. He was a pretty sweet, very sincere guy.

What's your favorite fruit?
Mango. You can make a pretty mean vegan barbacoa substitute out of jackfruit.

Boots or sneakers?
If we answer sneakers, they don't let us back in to Texas.

Noodles or rice?
Gotta go rice here. It's enough with the noodles. Get real.

Pacific or Atlantic?
Atlantic. I was born in Florida, though we like to call it "South Alabama."