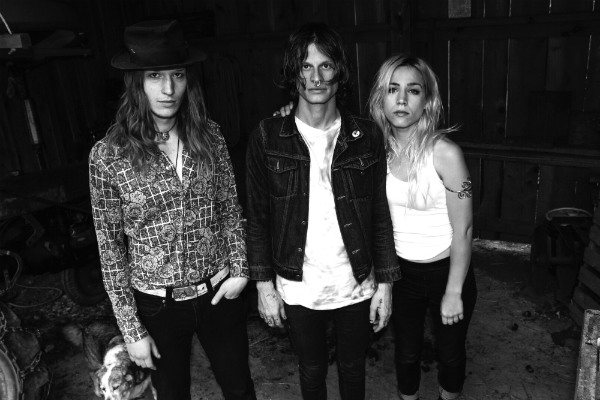 I am stuck in traffic in a taxicab which is typical and not just of modern life mud clambers up the trellis of my nerves must lovers of Eros end up with Venus muss es sein? es muss nicht sein, I tell you how I hate disease, it's like worrying that comes true and it simply must not be able to happen in a world where you are possible my love nothing can go wrong for us, tell me -f. Ohara #inspiration #poemoftheday #pupsofinstagram #nothelping #rocknroll #atlanta #writersofinstagram #writewritewrite #helphelphelp

If you could have a superpower, what would you choose?
INVISIBILITY. (Snoop, creep alert.)

If you were in a high school marching band, which instrument would you want to play?
I went to a private school and all the band guys were my buds, but I was a STRICTLY chorus, awkward cummerbund kind of person. I’ve never really taken direction super well …

What's your go-to road food?
FRITOS. Just kidding. We are vegan, so we pack a snack cooler. But we ALWAYS have coconut oil. I put it in/on everything — my coffee, my toast, my lunch, my hair, rug burns … so that always comes in our cooler, for sure.

Who was the best teacher you ever had — and why?
MELISSA FERRICK. I like to blame her for pushing me into this crazy career — she took me on tour and said I better “get to burning CDs.” I took that a little literally. She is a fiercely honest writer, and just the epitome of cool. Once saw her wear those fuzzy airport socks to class, right off a solo tour, and now every time I do it, I think, “Whatever. M pulls it off."

What's your favorite TV show?
I just discovered I have a “visual processing disorder” so I’m the WORST to sit still in a TV show, but I like zombies. And my buddy is on The Walking Dead, so I like to watch for him when it’s on at bars and things. Oh, we watch a lot of videos of Peter Singer, the philosopher, on YouTube. You should, too.

Boots or sneakers?
Vegan leather boots. I caught Gyasi asleep in his boots once, and now I realize he does it all the time. We’re kind of practicing for death. FYI … "Please bury me next to my baby. Bury me with my vegan leather jacket, jeans, and motorcycle boots.”

Which brothers do you prefer — Avett, Wood, Landreth, or Osborne?
Scissor Sisters

Canada or Mexico?
Mexico — I’m totally hopping the fence, if I get a chance.