3×3: Wild Child on Enya, Vodka, and Which Toothpaste Tastes Like Tree Bark 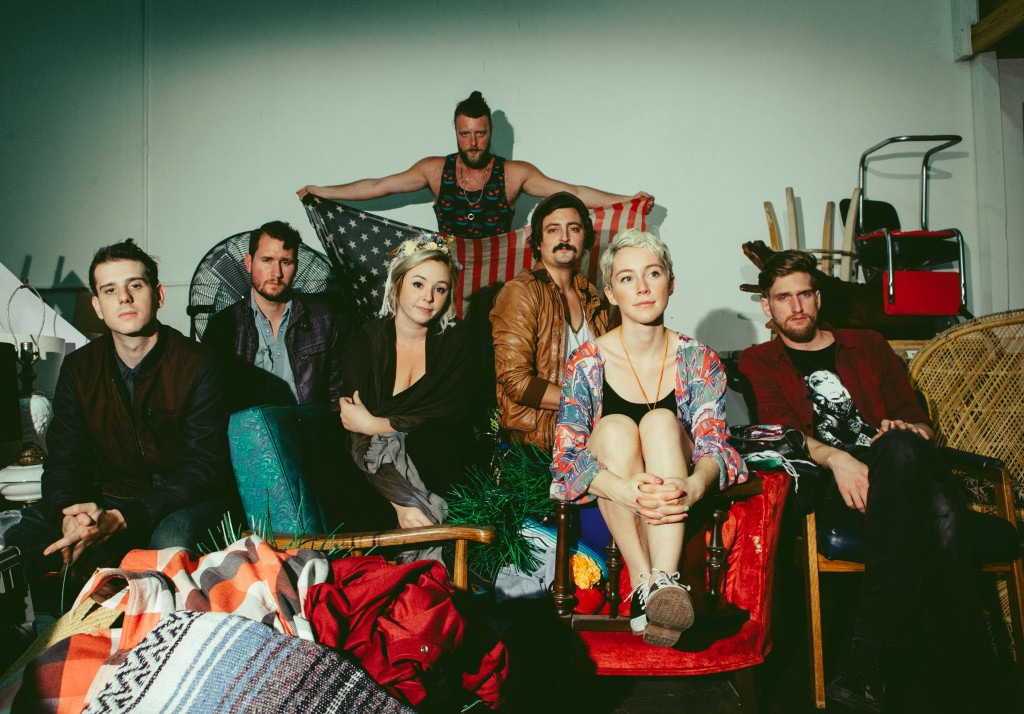 Who is the most surprising artist in current rotation on your iTunes/Spotify?
We were tossing around the idea of collectively dressing up like Andrew WK for Halloween and opening the show with "Party Hard." We didn't end up doing it, but in the process, I went through a mean Andrew WK binge for a couple days.

Who would play you in the Lifetime movie of your life?
I get compared to a lot of different people. "Hipster Ron Swanson," Mario, Frodo. I think that Elijah Wood would have to play me. He'd just have to grow a shitty mustache. Kelsey would definitely be played by Drew Barrymore. We decided this years ago.

If the After-Life exists, what song will be playing when you arrive?
Hopefully Enya and hopefully not Skrillex.

What's brand of toothpaste do you use?
Winterfresh Crest is desirable but not mandatory. I think Kelsey likes Tom's. I think Tom's tastes like tree bark.

What's your beverage of choice?
Jack and Coke, Redbull Vodkas, Vodka Sodas, or a nice Malbec. We often make Kalimotxos. Never heard of them? It's a blend of cheap red wine and Coke over ice. It's insanely refreshing. We like all the beverages.

What's your favorite TV show?
In no particular order, I think collectively, we all watch Game of Thrones, Fargo, Adventure Time, and Seinfeld.

Star Wars or Star Trek?
We are a Star Wars band. I heard someone watching it in the bunk just the other day. #stonerfilms

Taylor Swift or Ryan Adams?
Taylor Swift, baby. Love us some T Swift. Possibly too much.