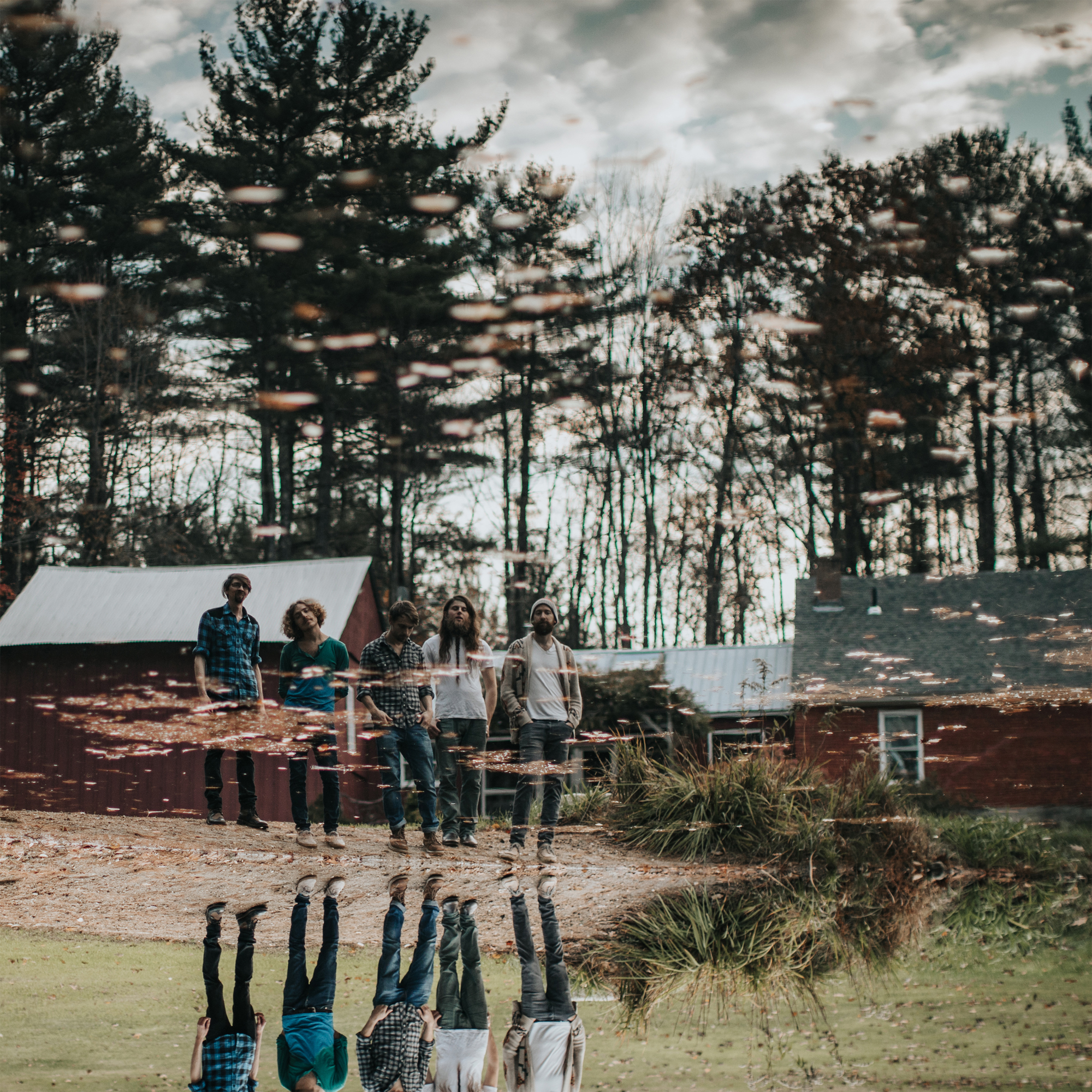 On a hot and humid August evening, we were playing a packed show in an old barn in southern Pennsylvania. In the middle of “Ties That Bind Us,” the power went out, and we were plunged into darkness. With the mics incapacitated, we unplugged our instruments, walked into the crowd, and continued were we left off, acoustic. It was an abrupt, unexpected, cool change of energy. Suddenly, we found ourselves on an even playing field with the audience, with everybody singing along as loud as us. When the power finally came back on a few songs later, I almost didn’t want to go back on stage. — Antonio

Before the stage — and this can be at any point that day — I’ve gotten into the habit of free writing. The writing generally won’t make it into the show that evening, but it keeps my mind fresh and creative to spin any song we play in a different way each night.

In the studio, for whatever reason, I really enjoy recording with my pants off. Depending on the setting (if I’m recording in the same room with people), this isn’t always possible. But on our first record, I got the opportunity to lay down an organ part without pants. All was well until an engineer I hardly knew walked in to switch a microphone and establish one hell of a hilariously awkward experience for both of us. It was some high quality bonding to say the least. — Max

I feel really lucky to be able to visit every part of the country that most people only read about on the news during that place’s worst moments. We were just in Austin for SXSW, and the news described the city as “terrified” because of the bomb attacks. I don’t want to diminish the sense of fear that I’m sure many people had, but what we saw was thousands of people out enjoying music and being around one another. That happens everywhere we go.

The news would have us believe that we are all combative and fundamentally different, but as we travel from state to state, I see people connecting to music in a very similar way everywhere. We meet people that want to help us by giving us a couch to sleep on or dinner to eat, and people traveling a few hours for a night of music. Live music has really positive vibrations and the people that feel it and enjoy it are the same no matter where they live. — Chris

When we are not on the road, I’ll go hiking just about every day. Some of my favorite spots are in the Catskills in New York, especially in the fall. What I love about a good hike is the heightened awareness I get as I am surrounded by the sounds, smells, and touch of the forest. You notice seemingly small things — the rustling of leaves as a squirrel runs by or the slight breeze and drop of temperature as the tree line thins.

I’ve learned that it’s in these moments that lyrics and melodies come readily to me. You get into a rhythm with your stride, and words tumble out, matching your tempo. Sometimes the lyrics are gibberish, but maybe it’s the flow that’s important. A bird might sing, and that could spark a melodic idea. In either case, I think it’s important not to try and make any of this happen. Let your mind drift and allow it space to focus on what it wants. Sometimes nothing musical can result from a hike, but you will be rejuvenated simply from stepping away from the stress of life for a few hours. And maybe that’s all you need, too. — Whale

I’d love to hit up a sweet taco truck with Beck someday. — Erik