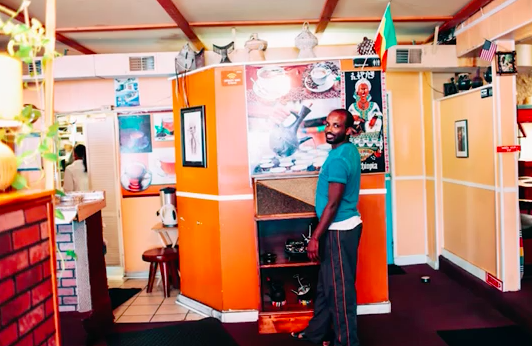 If you're unfamiliar with the Southern Foodways Alliance, you're missing out on one of the most important contributors to culinary culture — Southern or otherwise — operating today. Housed at the University of Mississippi's Center for the Study of Southern Culture, Southern Foodways "documents, studies, and explores the diverse food cultures of the changing American South." Through research, outreach, events, a fantastic podcast and print journal, and a number of other efforts, SFA has become the go-to authority on the South and its intimate connection to food.

A primary component of SFA's work is producing oral histories — a series of in-depth, multimedia interview projects that offer glimpses into overlooked communities, tackle tough subjects like race and class, and shine a much-needed light onto some of the region's most storied culinary traditions. There's an entire online archive of oral histories worth poring over, but here are some of our favorites.

This oral history looks at the quickly growing Latino population in Kentucky, focusing on the growing trend of regional dishes popping up at Mexican restaurants. Interviews feature several Louisville-based restaurant owners, including the husband and wife owners of Con Huevos, which specializes in serving desayuno (Mexican breakfast), and the owner and chef of the Mayan Café, a purveyor of Yucateco cuisine.

According to this oral dispatch from Georgia, "women are the fastest-growing group of farmers in the country." Dig into tales of farming with several badass Georgia-based female farmers, including a Jamaican transplant educating her Atlanta community about farming and a fifth-generation farmer tending land in the small town of Bluffton.

The Carter Family is perhaps the most famous family in roots music, but they also established a culinary legacy at their small Virginia venue, the Carter Family Fold. Hear first-hand accounts from visitors, musicians, and family friends of the delicious cornbread and homemade cakes served at the famous Fold.

Restaurants of Oxford's Past

Best known as either a college town or the home of William Faulkner, depending on who you talk to, Oxford, Mississippi, is also home to a vibrant restaurant scene. Learn about several historic Oxford restaurants — some still serving delicious food, others defunct — in this assortment of interviews.

Ah, bacon, pork fat supreme and public enemy number one of would-be vegetarians across the globe. Kentucky is home to some of the country's greatest bacon, and this series of interviews provides a glimpse into why the Bluegrass State should consider changing its name to Hog Heaven, as well as the challenges that have afflicted the industry in recent years.

Nashville may be in the news for its influx of hip farm-to-table joints, but the real eats are along Nolensville Pike, a stretch of road south of town that boasts some of the best international cuisine around. Visit with restaurant community pillars from Ethiopia, Bhutan, UAE, and beyond in this oral history project.

Go on a virtual bar crawl and learn about the history of booze and bars in bourbon-soaked Kentucky in this set of interviews which features, among other storied establishments, the Seelbach Hilton Hotel which is famous for housing Al Capone during Prohibition and plying literary boozehound F. Scott Fitzgerald with its renowned cocktails.