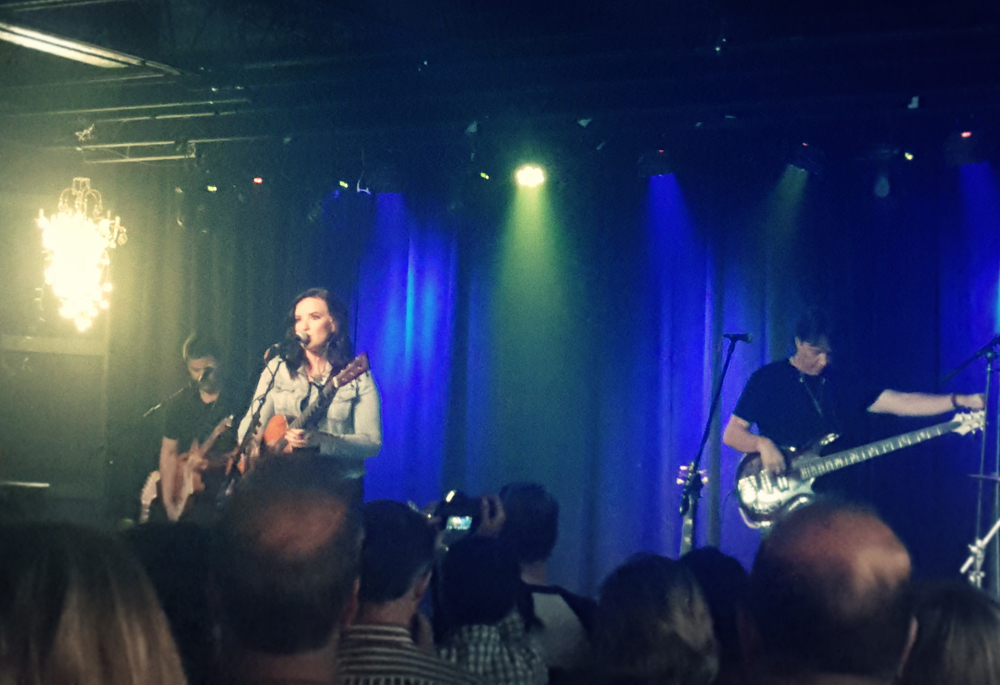 The thing about shows in Nashville is, even though there are sometimes way too many of them happening at once, local artists gone big often try to do something special for the hometown crowd. So, for her second-ever Music City show with a full band, Brandy Clark played the songs from her upcoming album (Big Day in a Small Town, out June 10) last night at a sold-out Basement East, and it was, indeed, something special.

Coming off the wild success of 2013's 12 Stories, Clark had a high bar to clear with her sophomore set: making a record that would please not only her loyal fans, but also her major label, music critics, and radio programmers. Based on what we heard last night, she has cleared that bar with room to spare. It really is a record with something for everyone, as the crowd — which included representatives from all those demographics — was equally responsive to the radio readiness of “Girl Next Door” and “Love Can Go to Hell,” as well as the stone cold country of “Drinkin' Smokin' Cheatin'” and “Daughter.”

Because Clark wields sass so well, as evidenced again and again in this new batch of songs (“Big Day in a Small Town” and “Broke,” among quite a few others), it would be easy to peg her as a certain kind of songwriter. But she's no one-trick pony; she also knows how to get to the real heart of a matter, even when the story isn't her own. “Three Kids No Husband” and “Since You've Gone to Heaven” fit that bill very, very well. While the sassy and sentimental perspectives were both present on the 12 Stories tunes, this time around, Clark sneaks in a third glance in the form of the sultry-as-all-get-out love song that is “You Can Come Over” which she sang the hell out of last night.

After making her way through the BDST material, Clark closed her set by reaching back in the catalog for “Get High” and “Hungover” because songs about weed and booze always, ALWAYS go over well with the country crowd. In fact, they went over so well that the calls and applause for more lingered long after the house music was already up. For Brandy Clark and everyone at the B-East, it was a big … night in a not-so-small town. And it was wonderful.