7 Contemporary R&B Acts You Should Know 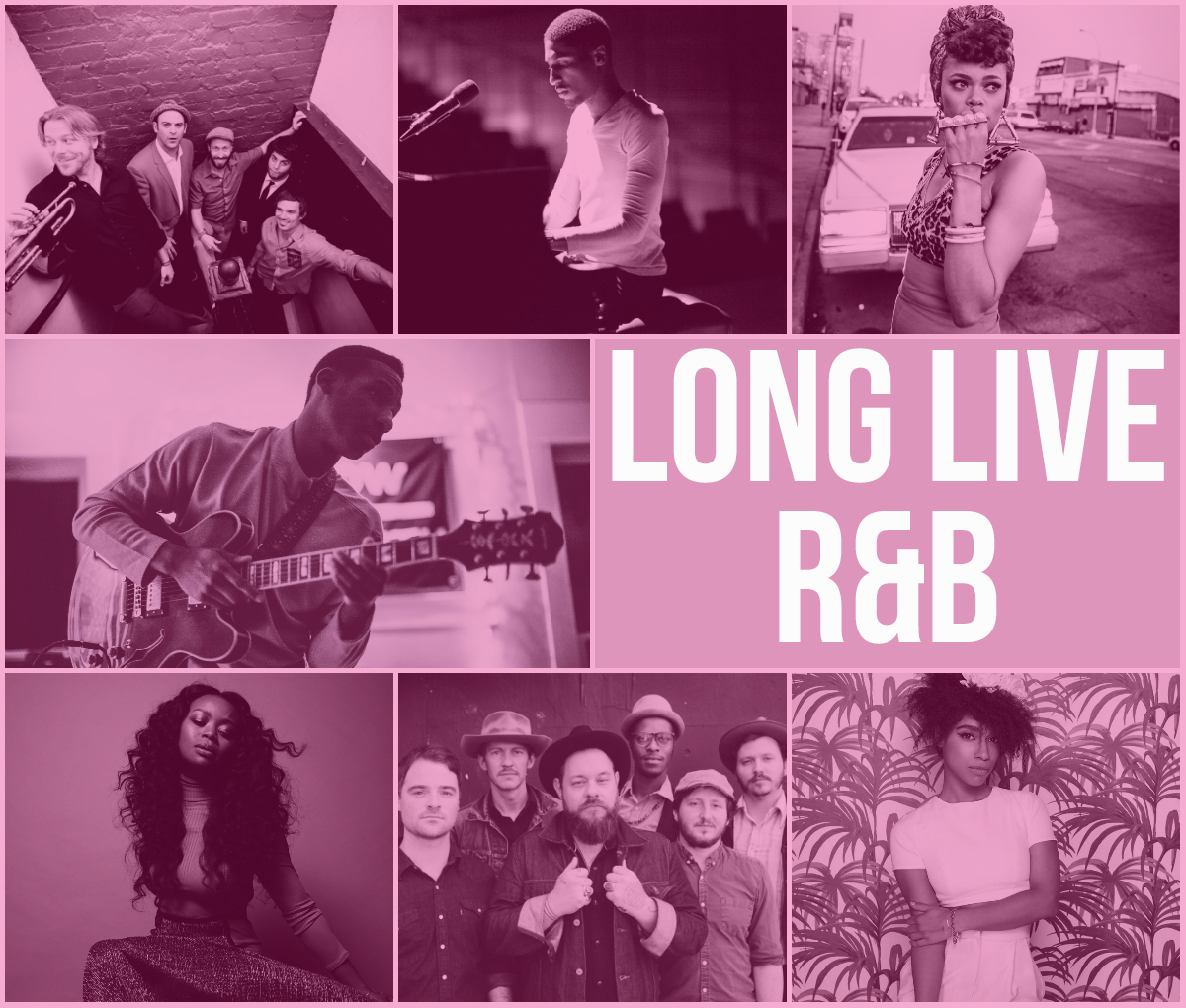 While we revere the Reverend Al Green, acknowledge Aretha with a daily dose of respect and cherish our box sets of New Orleans rhythm and blues, we don't live in the past when it comes to the sounds of the soul. Back in the beginning of 2015, we doffed our hats to the likes of Nicky Egan and Mingo Fishtrap, acts that bring the soul of the '60s and '70s into the realm of the present. Allow us the opportunity to tout a few more folks on the R&B tip, from San Diego's Andra Day and London's Lianne La Havas.

Andra Day
San Diego-born Andra Day’s debut album, Cheers to the Fall, dropped recently on Warner Bros. and the buzz has gotten louder and louder by the minute. And rightly so: Her record is a sparkling example of a new generation of R&B singers who understand their history but live in their own unique present. We’ll spare the excessive comparisons to everyone from Adele to Eartha and just tell you this: This kid is for real.

Jon Batiste
A member of one of the largest and best-known musical families in New Orleans, 28-year-old Jon Batiste is a singer, songwriter, and bandleader of formidable talent. At 17, he recorded his first album, Times in New Orleans, with a highly respected cadre of jazz musicians including Jason Marsalis and Christian Scott. The next year, he moved to New York to attend Julliard, where he met the members of his band, Stay Human, and eventually earned a Master’s Degree. He’s toured the world, scored soundtracks, starred in films, been honored many times over, performed at the NBA All-Star game and — as of this past June — brings Stay Human to the Ed Sullivan Theater every night as the house band for The Late Show with Stephen Colbert. He also has a sense of humor, as you can see from this skit from the Colbert show.

Lianne La Havas
Born in London of Greek and Jamaican parents, 26-year-old singer/songwriter/guitarist Lianne La Havas spent a couple of years in the Warner Bros. stable before releasing her first album, 2012’s Is Your Love Big Enough? This past July, La Havas released her sophomore effort, Blood — an album inspired by her travels to Jamaica and her reconnection with her mother’s ancestral roots. A singer of stunning presence, earthy voice, and powerful range, La Havas’s style evokes thoughts of great '60s and '70s singers like Candi Staton, Ann Peebles, and Betty Wright. An artist of exceptional range, she’s also a talented dancer and very good guitar player.

Nathaniel Rateliff and The Night Sweats
As we mentioned in the review of Rateliff and his band’s self-titled debut, this Missouri-born, Denver-based singer/songwriter is one of three men working the mic these days who owes his groove to the great Sam Cooke. For Rateliff, it’s the dirtier side of Cooke's sound that comes through on this record rolled out by the venerable Stax imprint. It's an interesting change of pace given Rateliff’s history of hanging with the likes of Iron & Wine and making songs that are on the pensive side of the poetic street. This one’s pretty damn groovy.

Leon Bridges
The second of our Sam Cooke acolytes couldn’t evoke the smooth side of the Soul Stirrer more if he tried. A self-taught guitarist and singer who, three years ago, was washing dishes in a Ft. Worth restaurant, the 26-year old Bridges is all the rage these days … from Vogue photo shoots to Sundance Film Festival performances to iPhone commercials. The good news is that he’s no flash in the pan. He's a smooth kid with a super-smooth voice, a fabulous style, and a pretty enjoyable record.

The California Honeydrops
These cats aren’t exactly new — they’ve been out of Oakland since ‘08 — but, with a strong new album on the shelves, they deserve a little extra love. Lead singer and trumpeter Lech Wierzynski is a more-than-talented horn player and, as a singer, he’s the third in a our triumvirate of singers who owes significant debt to Sam Cooke. Wierzynski also has a fair amount of Smoky Robinson and Daryl Hall in his DNA, a cat who sounds more like a Motor City citizen than a kid from Warsaw. The Honeydrops are no one man show, though, as their newest set of songs attests. Here’s a fun one from the new record (which we reviewed here).

Ruby Amanfu
Ghana-born, Nashville-bred singer/songwriter Ruby Amanfu's voice possesses a hint of heartache, is tempered with the optimism of gospel, and soars with the confidence of a singer many years wiser than her age. A protégé of Jack White's, Amanfu has worked with the likes of Wanda Jackson and Chris Thile, authored cuts for people like Kelly Clarkson, and offers her talent to the duo known as Sam & Ruby (not to mention appearances in a film or two). With this song, from her 2015 release Standing Still, she shows doing anything but that. (Read our Squared Roots conversation with Amanfu about Bill Withers here.)

All photos in the lede collage are courtesy of the artists