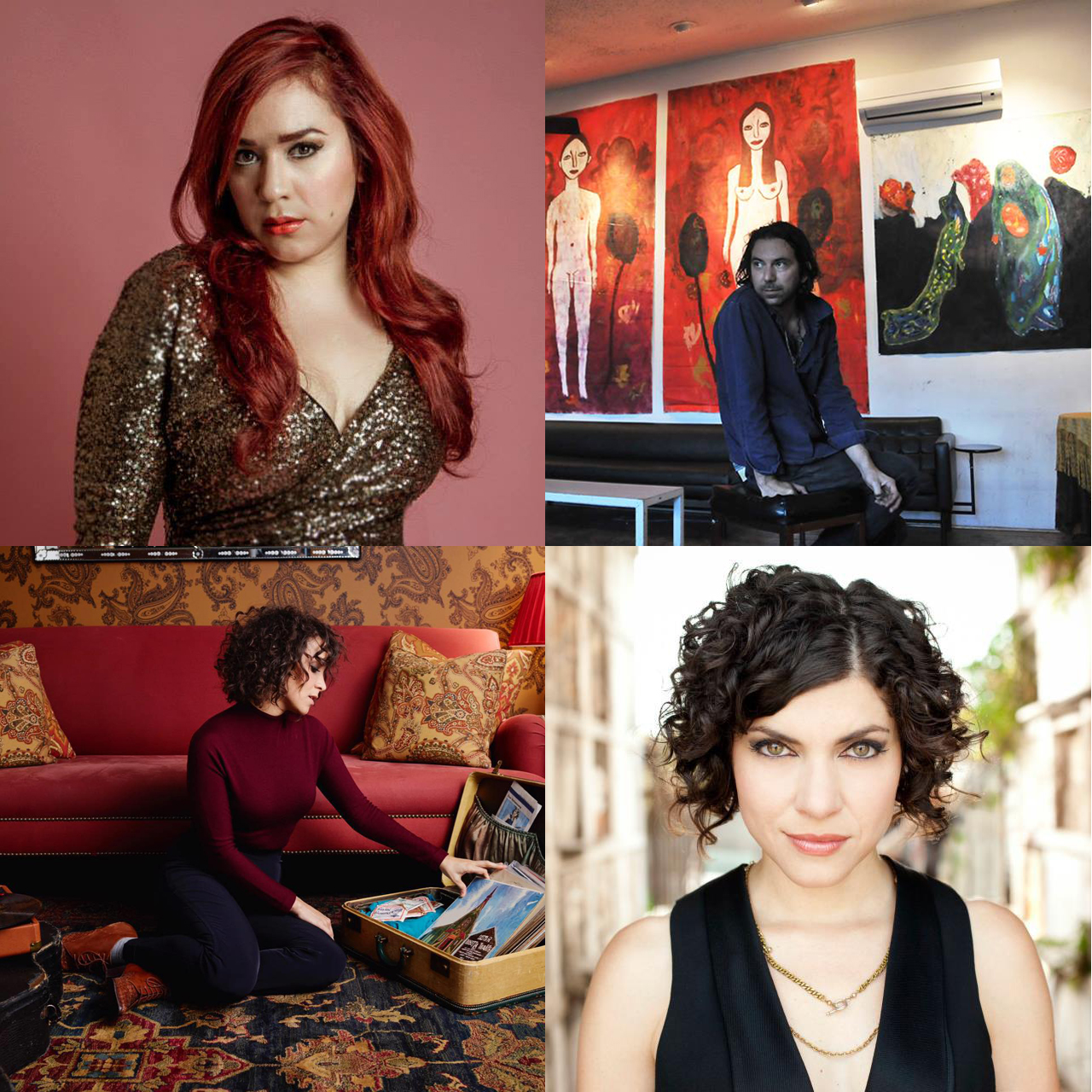 While listeners typically associate the “Americana” moniker with blues, country, bluegrass, jazz, and the roots and offshoots thereof, Latin-influenced music should have equal right to inclusion under that umbrella. It’s also no secret that Americana is a majority-white industry with a majority-white audience. Sure, Latin music and Latinx artists are often included, but we believe they aren’t getting their due. Before you quip, “that ain’t Bluegrass,” listen through each of our favorite Latinx folk artists of the moment and try not to tap your toe and/or feel a tear well up.

Native to Guatemala, but currently based in Los Angeles, Gaby Moreno has collected a trove of Latin Grammys, won top prize at the John Lennon Songwriting Contest, and was even nominated for an Emmy. Her recordings shift seamlessly between English and Spanish — often mid-song — without alienating listeners of either language. You may recognize her music from appearances on Prairie Home Companion or from her tours with Punch Brothers, Ani DiFranco, or Calexico. “La Malagueña” translates roughly to “The Charming Woman of Malaga” and tells the story of love for a beautiful woman who is as innocent as a rose.

An expert in love songs and the dramatic, soaring balladry of Latin folk and pop, Carla Morrison is a songwriting, singing powerhouse. Her record, Déjenme Llorar, won two Latin Grammys and was certified gold in Mexico. Her most recent project, Amor Supremo, was nominated for the Best Latin Rock, Urban, or Alternative Album Grammy and won another Latin Grammy, as well. She has more than 180 million YouTube views and, though she is so clearly beloved, she’s sorely underrated north of the border. She’s emotive, transfixing, and boldly vulnerable. While her music feels and sounds like pop (with indie tinges), it isn’t overly saccharine or pandering. The traces of Latin folk and roots are undeniable, lending what she creates to the ears of people who typically eschew anything even remotely commercial. What can we say? We’re fans.

Las Cafeteras — “If I Was President”

Natives of Los Angeles and children of immigrants, Las Cafeteras weave threads of rock, punk, hip hop, and traditional Latin folk together with the diverse sounds and cultures of their neighborhoods and communities in L.A. Their instrumentation is just as varied as their influences: jaranas and requintos (small, nylon-stringed guitars), marimbol (like a thumb piano, but larger, more percussive, and played with all of one’s fingers), cajón (the now popular all-in-one drum kit that also acts as the drummer’s seat), tarima (a platform used for dancing in the percussive Zapateado style), and quijada (a donkey’s lower jawbone, played as a percussion instrument.) However outlandish the instrumentation may appear, do not be daunted. The music is an accessible blend of energy, excitement, and authenticity. Their recently released single, “If I Was President,” celebrates their identities while challenging the current administration’s deplorable immigration policies.

Alynda Segarra is the lead singer and driving creative force of Hurray for the Riff Raff. They challenge the precepts and aesthetics of Americana with a singular blend of influences: New Orleans jazz and cajun, Spanish and Caribbean rhythms, Southern roots and folk, and rock ‘n’ roll. Her voice is gentle but passionate, persuasive, sassy, unassuming, and raw. On Hurray for the Riff Raff’s most recent album, The Navigator, they tell the story of Navita Milagros Negrón, a fictitious character who is something of an analog for Segarra and her experiences growing up in Puerto Rican-American communities in the Bronx. “Rican Beach” drops listeners directly into her childhood, detailing gentrification, appropriation, and the insatiable appetite of capitalism with a rollicking Latin feel beneath the dialogue between her vocal and apocalyptic electric guitar.

Lindi Ortega — “‘Til the Goin’ Gets Gone”

Lindi Ortega’s sound is straight-ahead and manicured without sacrificing personality. The instrumentation and production register as Nashville-familiar, but aren’t stale or overtly corporate. She’s seen success in her home country, Canada, where she’s received multiple Juno Award nominations. In the U.S., she’s played just about every late night TV show and has performed on the Grand Ole Opry, too. Just trust us with this. Hit play, listen a little, and before you know it, you will have listened through a whole album and loved every second. It’s easy, but it’s good.

Our friends at Spring Fed Records (the label arm of Middle Tennessee State University’s Center for Popular Music) just released Old School Polkas del Ghost Town by Ramon “Rabbit” Sanchez and Lorenzo Martinez. The record is a collection of conjunto music: a unique, Texas-based tradition that began when German immigrants brought button accordions and polkas to south Texas and Northern Mexico in the late 1800s. It remains a regional specialty of Texas, where Rabbit and Lorenzo are revered for their duets on accordion and bajo sexto (a bass, 12-string, guitar-like instrument.) Old School Polkas includes relics of conjunto’s German heritage (such as mazurkas, schottisches, waltzes, and redovas) and you’ll find traces of bolero, country and western, and mariachi influences throughout. It’s an excellent musical example of the American “melting pot” phenomenon. Accordion and bajo sexto might just be Texas and Mexico’s answer to fiddle and banjo.

A singer/songwriter based in Austin, Texas, Carrie Rodriguez doesn’t call her music Americana, but “Ameri-chicana.” If puns don’t win you over immediately, her maternally comforting, deliciously mournful, and dramatically soaring voice will. Her songwriting style and subject matter capture her chicana identity, pulling from traditional Texan themes, Mexican Ranchera, and country and western. She ties these all together singing in English, Spanish, and “Spanglish,” sometimes all in one song. Though she grew up playing classical violin, she studied traditional fiddle at Berklee College of Music — and if you go down a Carrie Rodriguez rabbit hole on YouTube, you’ll see her pick up a tenor guitar from time to time. too.

Also Austin-based, Davíd Garza is a singer, songwriter, and visual artist whose music falls into the indie rock category, but with a Latin foundation laid well beneath the surface. His list of credits is lengthy and diverse. He’s toured with Fiona Apple, performed with Nickel Creek, collaborated with Gaby Moreno (see above), and this list would proceed indefinitely if we did not arbitrarily cut it short here. In this beautifully captured short film, he plays and sings a rootsy tribute to the Southwest, noodling on his guitar in the picturesque desert and singing “Tumblin’ Tumbleweeds” to the Marfa sunset.