8 of Our Favorite Underrated Sitch Sessions 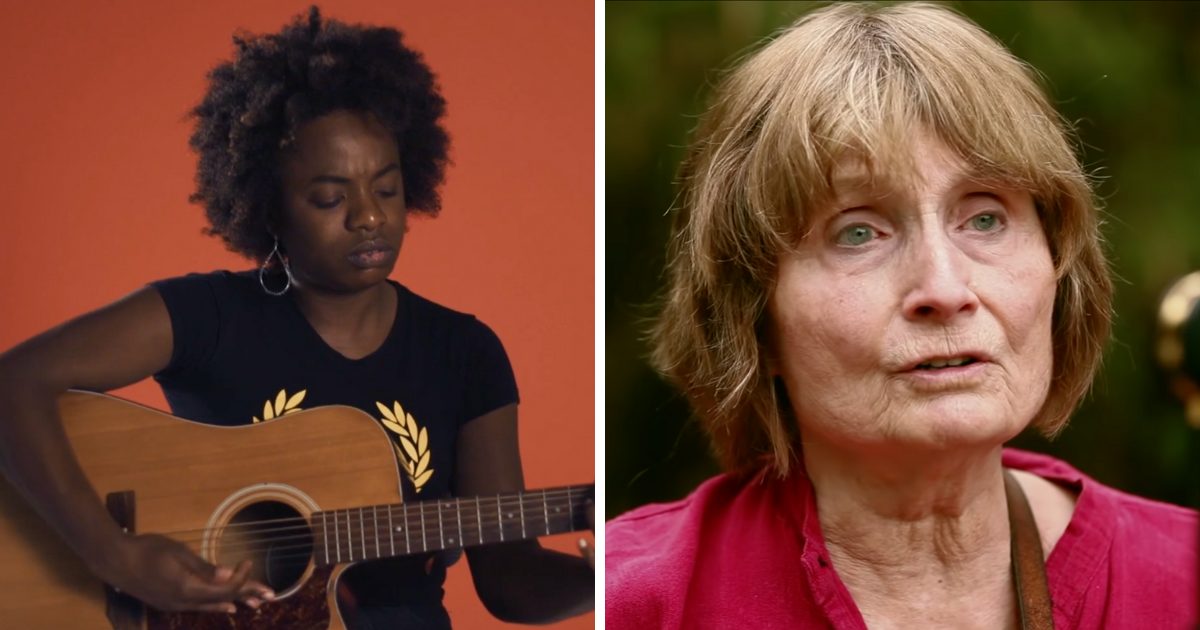 Since our first excursion to Bonnaroo in 2013 BGS has been filming, crafting, and releasing Sitch Sessions with the absolute best and brightest musicians and artists in roots music. We’ve been so fortunate to work with new and old friends, freshly discovered and up-and-coming artists, and legendary performers with enormous legacies. After nearly eight years, we’ve amassed quite an archive of sessions, and within that archive more than a few stellar songs and performances have seemingly fallen to the wayside.

These 8 Sitch Sessions from the BGS archives are a few of our most favorite, underrated moments from our years of shooting sessions. We hope you’ll enjoy a few of these “reruns” — and take a deep dive into our past featured videos yourself!

One of our favorite shooting locations is a rooftop in downtown Los Angeles, where countless BGS Friends & Neighbors have taped their Sitch Sessions over the years. One of our favorites is this clawhammer banjo performance by Nathan Bowles, which demonstrates that old-time music and its trappings can be perfectly at home in modernity — and in urban settings, too. More banjos in DTLA, please and thank you!

One fine AmericanaFest week in Nashville in September a few years back we partnered with Crowell Floral, Jacob Blumberg, and Dan Knobler on The Silverstreak Sessions, a series of Sitch Sessions set in a vintage Airstream and flanked by gorgeous flowers and verdant foliage. At the time, “Firestarter” had not yet been released — now you can hear it on Combs’ 2019 release, Ideal Man. For this session all Combs needed was his guitar, this heartfelt song, and that honey sweet, aching voice.

Every opportunity we’ve had to collaborate or speak with Bluegrass Hall of Famer and living legend Alice Gerrard, we’ve taken it! This session is two of a pair we shot with Gerrard, the other a stark, awe-inspiring a capella number that was quite popular on our channels. This Alice original, “Maybe This Time,” is cheerier, lighter, and has that charming old-time bounce in its bluegrass bones.

With a new documentary film available, You Gave Me a Song, perhaps it’s about time for another session with this hero of ours!

Maybe you’ve seen Mark O’Connor play fiddle while skateboarding, or Rushad Eggleston performing all manner of acrobatics and avant garde silliness with his cello, but do you remember when Ben Sollee toured America by bicycle? In this 2016 session, Sollee demonstrates his cello-while-pedaling chops.

We’re firm believers that the world needs more bluegrass, old-time, and Americana cello and we’re happy to return to this archived Sitch Session for that reminder!

Another session filmed on our home turf in Los Angeles, Nashville-based singer-songwriter Caroline Spence brought “Mint Condition” to her taping fresh off her debut, eponymous release on Rounder Records in 2019. “Mint Condition” displays Spence’s unique skill for writing strong, unassailable hooks that on almost any other songwriter’s page might trend cheesy or trite. Spence instead displays the simple profundity in her lyrics, a skill evidenced plainly in this session.

Over the years, we’ve partnered with festivals, companies, and brands on tailor-made sessions — like our Portland series, where we partnered with our friends at Ear Trumpet Labs on some of our most popular, most viral Sitch Sessions ever! This beautiful, sunny, summery rendition of “July Flame” by Laura Veirs certainly deserves a re-up.

In 2016, after this session was published, Veirs went on to release case/lang/veirs with Neko Case and k.d. lang. Remember that!?

We first filmed a Sitch Session with Kentuckian country singer and songwriter Kelsey Waldon in 2015 — after the release of her debut album, The Goldmine, in 2014. In the time that’s elapsed since, Waldon has followed her golden debut with two more impeccable studio albums, the latest being White Noise / White Lines, which was released on the late John Prine’s Oh Boy Records in 2019. On the tail of White Noise / White Lines, Waldon gave us this gorgeous cover of Neil Young’s “Powderfinger” displaying her talent for cover song interpretations as well as original song sculpting.

Guitarist and singer-songwriter Sunny War has just released a brand new album, Simple Syrup, as charming and entrancing as ever and built firmly, yet again, upon her unique and idiosyncratic guitar picking style. In 2018 she released With the Sun, an album that included “He Is My Cell,” which ended up featured in a Sitch Session in early 2019 on BGS.

War recently appeared as a guest on our Shout & Shine series – read our interview here.