9 Times Clawhammer Banjo Was ALMOST as Good as Scruggs-Style 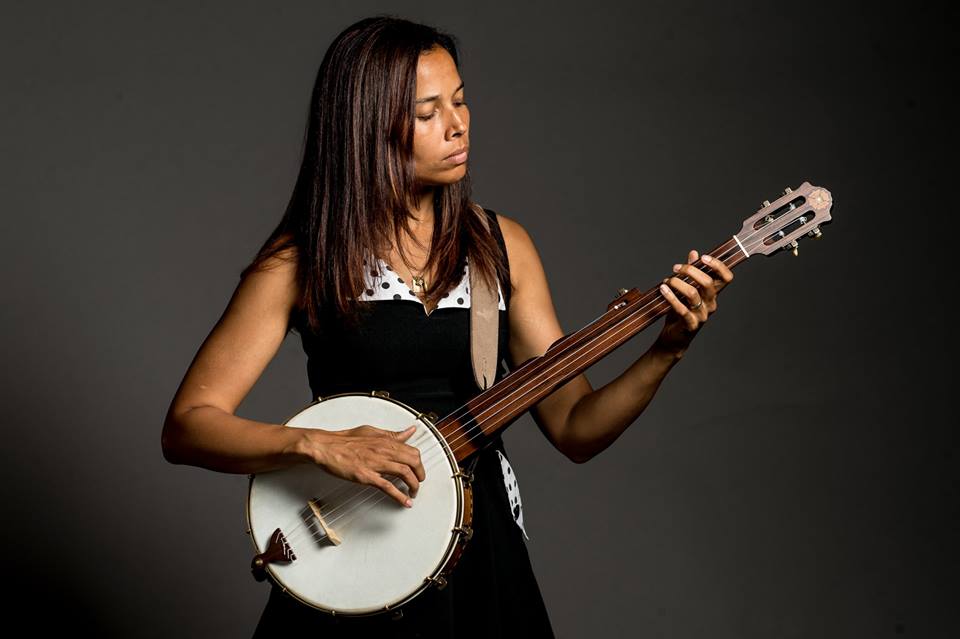 Scruggs-style banjo is cooler than clawhammer, like, nearly all of the time … except, perhaps, these nine times when clawhammer came as close to surpassing three-finger’s coolness as it ever has.

Like the time Rhiannon pulled clawhammer banjo’s African roots out of the instrument with every string pluck. And those bones! I mean, c’mon.

Or the time Bruce Molsky sat on a folding chair, stageside, in the middle of a muddy field, and proceeded to be a badass. As far as solo acts go, he is one of the most entertaining; he entrances audiences with just his voice and an instrument.

Or the time when the core of every string band (fiddle + banjo) was augmented by a percussive dancer and, for a split second, we all forgot that bluegrass is a thing and Scruggs-style is the pinnacle.

Or any time Abigail Washburn picks up an open-back. Seriously, if your banjo playing stacks up against Béla Fleck’s, you’re working on higher plane. Higher than most three-finger stylists? Maybe …

Then there was the time when we all learned that banjos could be this haunting. Something about a natural-hide, fretless, gourd banjo almost wipes resonator, tone-ringed, flanged banjos clear out of the mind … almost.

Okay, this is actually objectively better than Scruggs-style banjo. Not only because our friend and hero Uma Peters is incredibly young, but she’s also massively talented. Look at that right hand form! This video went viral on Facebook — it has more than 160,000 views currently — and it’s surely because her sweeps are staggering.

Della Mae — “This World Oft Can Be”

There’s also the time Della Mae showed the world (which oft can be a down and lonesome place to be) that clawhammer banjo is, in fact, bluegrass — not just a lesser form of real (aka three-finger) banjo. Yeah. We said it.

Finally, there was that time Mark Johnson (winner of the Steve Martin Prize for Excellence in Banjo & Bluegrass in 2012) traded solos with Steve Martin on Letterman. We’ll take banjo on national television in any form, three-finger or clawhammer.

BGS Class of 2021: Our Favorite Albums, Made With Intention

ListsAug 31, 2021
Take the Journey: 17 Songs for a Sunny and Warm Summer Vacation