A.J. Croce Pays His Respects With “I Got a Name” 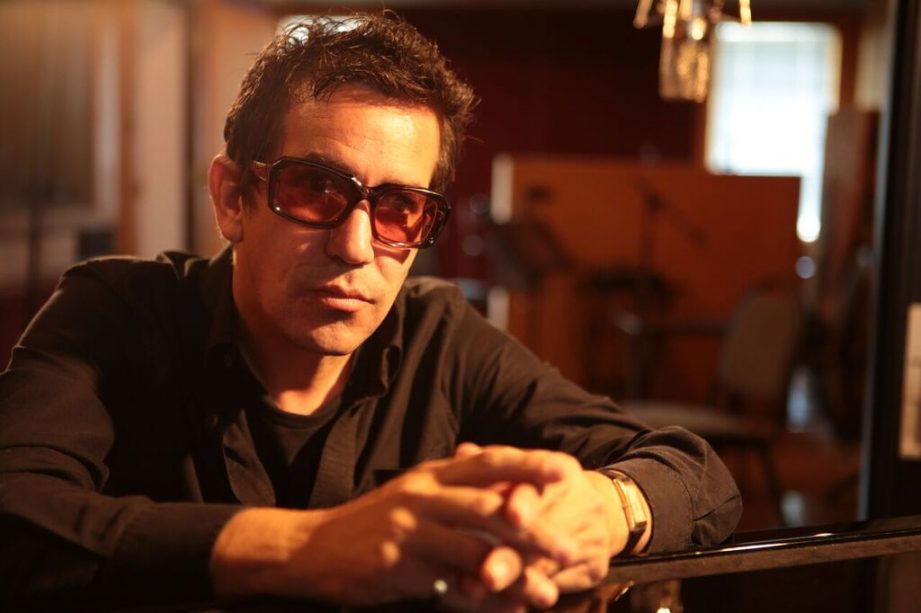 A.J. Croce, like his father Jim Croce before him, is letting the world know: “I Got a Name.”

Jim’s poignant version of the song emerged just after his death in a plane crash in September 1973, when Jim was 30 and A.J. was not quite 2 years old. Written by Norman Gimble and Charles Fox, it remains one of Croce’s best-loved songs. Now, thanks to a Goodyear ad, the lyrics about “moving me down the highway, rolling me down the highway” are honoring the legacy of NASCAR’s legendary Earnhardt family.

A.J. Croce, who re-recorded the poignant song especially for the ad, spoke to the Bluegrass Situation about the influence of his father’s music collection, the audience response to the “Croce Plays Croce” shows, and the music he’s working on now.

This is only the second time you’ve recorded a song of your father’s. What was the vibe in the studio when you recorded “I Got a Name”?

Since I was the producer, a musician and singer on the track, the vibe was relaxed but very focused. This was a commercial for Goodyear, so we recorded five different versions in two hours. That kind of recording must be done as live as possible and with the finest musicians you can pull together, ideally folks who play well together. The band was Bryan Sutton on acoustic guitars (playing my dad’s Gibson ‘33 LO and his own ‘30s Martin) in unison. Colin Linden played electric guitar, Bryan Owings was on drums, my touring bass player and 30-year Dr. John alum David Barard (a New Orleans legend) who came up for the session and The McCrary Sisters, who sang background. I sang the vocals live and overdubbed the Fender Rhodes.

You recorded the track for a Goodyear ad. How much input were you given about the musical direction for this recording?

I had complete creative control, though as it was a commercial the timing of the music had to synch with the visual, so tempos varied slightly for each pass. Our first pass was the entire song, then we recorded 60, 30, 15 and 5 second versions, all of which we did live to tape transferred to Pro Tools and provided Goodyear with a lot of options.

When you think of the lyrics in this song, what sort of emotions do they bring out in you?

It’s an interesting question because while my dad didn’t write the song, the lyrics really resonated for him as they do for me. I think we both identified with the lyrics in a very personal way.

I’ve seen that you’re presenting your “Croce Plays Croce” shows across the US and abroad. I also understand that these concerts include music that was influential to you and your father. What is it about this concept that is so satisfying for you?

There are so many aspects of this show that are both inspiring and fulfilling. Since most people who know my father’s music never saw him perform live, I feel like I have an opportunity to bring his music to life in a very respectful way, keeping it fresh without letting the set become over nostalgic. We always play a very energetic concert with moments through the show to reflect on some of his most thoughtful pieces.

I grew up listening to his record collection, which was very diverse. From old blues, jazz, R&B, soul, folk and rock & roll. All of that music made me who I am as an artist. So while my father’s music is a consistent element with only so many titles to choose from, I have more than 25 years of my own recordings to add and subtract from a set which has borrowed from all of those influences that we share, not to mention the endless list of songs written by our influences themselves.

For these 30 years of your career, I would imagine that people are eager to talk to you about your father and to share their memories of him. What is that experience like for you?

In the beginning I didn’t want to talk about my dad in interviews. I wanted to be judged on my own merits as a pianist, songwriter and singer. I began playing guitar in my early 30s, after my mom gave me my father’s ‘33 LO. At first, since fingerstyle playing came pretty naturally, I took on songs by Mississippi John Hurt, Skip James, Willie McTell, Gary Davis… and then I started digging into my dad’s catalogue.

So in answer to your question there were a couple things that prepared me for all of this. First, it was having 17 or 18 Top 20 radio singles. I figured that even though I’ve never fit easily into any one box of any given genre, I’d had a little success and that gave me the little bit of confidence I needed. Second, as I improved as a guitarist I began throwing a song of my dad’s into my shows now and then and saw how moved the audience was.

From there on I felt like it was only natural to put a concert together the way I have. I’m grateful for all of the fans, and as long as I don’t make the performance of “Croce Plays Croce” my life (I’d probably lose the joy if I did it every day), then I’m really happy to share all the music.

I see that you’re living in Nashville and working on new music. What is next for you?

I have a couple projects in the works. One is an album of new songs. So far it has a pretty soulful feel, hints of New Orleans, Memphis, Muscle Shoals, though to avoid having it sound too obvious, I plan on bringing in some interesting arrangers who have a bit more of an esoteric element to their work. I like the idea of producing with the help of a few talented arrangers who can help me take the music in unique directions with harmony. I expect to record this winter.

After that there is a very exciting project which I started with Antibalas in Brooklyn in the early part of last summer. I hope to finish that project before either of our next records are released and we all get busy touring.

I feel pretty lucky to be able to follow so many musical muses. It keeps me inspired. Nashville is such a great place to live at this moment in time. The music is so diverse and there’s an enormous amount of talent. I’ve been working here since I was 17 or 18 when “Cowboy” Jack Clement called me to play piano on a session. I’ve written here every year since then, and lived here a couple times for years at a time. Even though Nashville sells itself as a country music mecca, I’ve always found it to be a very musically eclectic town. It certainly is now more than ever.